Seniors who need specialized health care typically pay for it with savings or home equity. Now long-term care insurance promises to relieve that burden. Which strategy should you use to fund your final years? 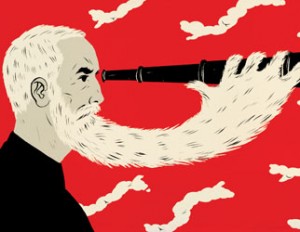 Like many Canadians preparing for retirement, Jim Mayo frets about the high costs of care that he and wife Nicole may face later in life. Jim, 53, realizes government-supported seniors’ care is limited, so the Newmarket, Ont., couple wants to make sure they have their own resources to fall back on. But, Jim wonders, what’s the best way to do that?

Middle-class seniors who need care outside hospitals typically draw on savings and equity in their paid-for homes. But Mayo wonders whether Canadians can still rely on those methods. His uncertainty is echoed by financial planners who promote long term care insurance. To help you make an informed decision, we’ll describe the health-care costs you could face later in life and compare financial strategies you can use to prepare for them.

The focus of government support for seniors’ care is the nursing-home system (also called long term care, residential care, or complex care), although these facilities are often privately operated. Costs are shared by residents, but nursing homes turn no one away because of financial need. Many have long waiting lists, so you can’t necessarily count on getting into your first choice right away.

“The provinces have a really good basic system of nursing-home care, so you’ll always be able to get care somewhere, sometime,” says Peter Silin, author of Nursing Homes and Assisted Living and a care manager who operates Vancouver-based Diamond Geriatrics. But while government ensures the basics, don’t expect tightly staffed facilities to provide a lot of one-on-one attention. It may be worth supplementing care by, for example, paying a “companion” to come in several days a week to provide extra help or attention, advises Silin. Also, in some provinces you can pay a little more for a private room. The cost varies: in B.C. it’s 80% of income up to $3,022 per month, while in Ontario it’s $2,275 per month.

There is much less government support for relatively active seniors who want in-home care, or who live in a retirement residence (including independent living or assisted living). Here’s where it’s particularly helpful to have money of your own. “I think there’s a gap there,” Silin says.

Fortunately, middle-class seniors with moderate nest eggs and paid-for homes can usually afford decent levels of care in-home or in a retirement residence. There’s a good chance you can afford a care worker coming in for two hours a day (at around $25 an hour) if this is a priority. A 40-hour-a-week live-in caregiver costs about $18,000 through a federal government program, not including room, board and agency fees, Silin says. A typical cost for independent living or assisted living is $2,200 to $5,000 a month, depending in part on the level of help you need. That sounds like a lot, but in these residences you get your own small apartment with meals and most of your living costs included. (Costs are greater if you need a lot of care or choose a high-end facility.)

As you need more assistance, costs for in-home care or retirement residences can rise to the point where they outstrip the resources of all but the wealthiest. Yet this is precisely when nursing homes are most appropriate. If you’re wealthy and develop severe dementia, you could convert your home into a private hospital and hire three care workers to provide round-the-clock attention. But is that wise? Silin says some people hold on to the idea of staying in their homes beyond the point where it stops being the best place to meet their needs.

The chances that a 65-year-old will require long term care at some point are 49% for men and 65% women, says Paul Fryer, vice-president, individual business management, at Sun Life Financial, citing 2011 figures from reinsurers Munich Re. His industry developed long term care insurance (LTCI) as a way to help you pay for such costs. With LTCI, you start paying premiums when you’re still healthy—many buy it in their 40s or 50s—and expect to receive benefits later, when and if you require care. Payments are dramatically lower if you start early—although, of course, you’re paying for a much longer period. For example, an LTCI policy purchased at age 45 that provides $2,500 in monthly benefits plus some inflation protection costs $1,230 per year for men, and $1,912 for women, according to a recent quote. Purchase it at age 65 and it will set you back a whopping $3,017 per year for men and $4,838 for women. If you wait, you also run a greater risk of not being healthy enough to qualify.

As Jim Mayo learned when he started to research LTCI, policies vary widely. You typically qualify for benefits if you reach a defined level of mental incapacity, or need substantial help performing at least two of six activities of daily living (typically bathing, dressing, feeding, toileting, continence and transferring from bed). Most policies in Canada pay out an income you can use however you want to use it, but some reimburse specific care costs instead. Sometimes benefits are adjusted for inflation, sometimes not. Some policies require you to pay premiums for life (typically these are waived when you qualify for benefits), while in other cases you pay for only 20 years but premiums are higher. Benefits may be paid out for as long as you meet the medical criteria, or they may be capped after a specific time (like five years) or dollar amount. (See “What to look for in long term care insurance,” on p. 26)

LTCI premiums are intended to stay fixed after you buy a policy, although insurance companies reserve the right to raise them. Premiums on new policies have escalated in recent years, in large part due to low interest rates, says Brian Morin, a group LTCI agent and president of Canadian Long Term Care Insurance. (One insurance executive said his company had been forced to increase premiums on new policies by 20% this year.) Canadian insurers have so far managed to avoid increasing premiums on existing policies, but many in the industry fear they won’t be able to indefinitely.

At one time, people tended to die quickly from heart attacks and strokes, says Paul Fryer of Sun Life. But it’s now more likely you’ll survive those events, just as it’s more common to live longer with diseases like dementia or severe arthritis. “You don’t know how much care you’ll need, how long you’ll need it, and when you’ll need it,” he says. “Then there’s uncertainty about how much the government will subsidize care or how much it will actually cost us personally in 30 or 40 years. When you add up all those uncertainties, funding for long term care becomes an insurable event.”

Many Canadians prefer to get care in their own home or in assisted-living residences, where government financial support is weakest, notes Reh Bhanji, regional director for individual insurance at Desjardins Financial Security. “People say, ‘I want that option to choose where I get care.’”

Save or insure? But is insurance the best way to cover long term care costs?…

To read the full article by David Aston, pick a copy of the Dec/Jan 2013 issue of MoneySense on newsstands through January.