This guide breaks down the different tax brackets in Canada and the tax rates, and why knowing these numbers will help you be prepared for filing your income tax return. 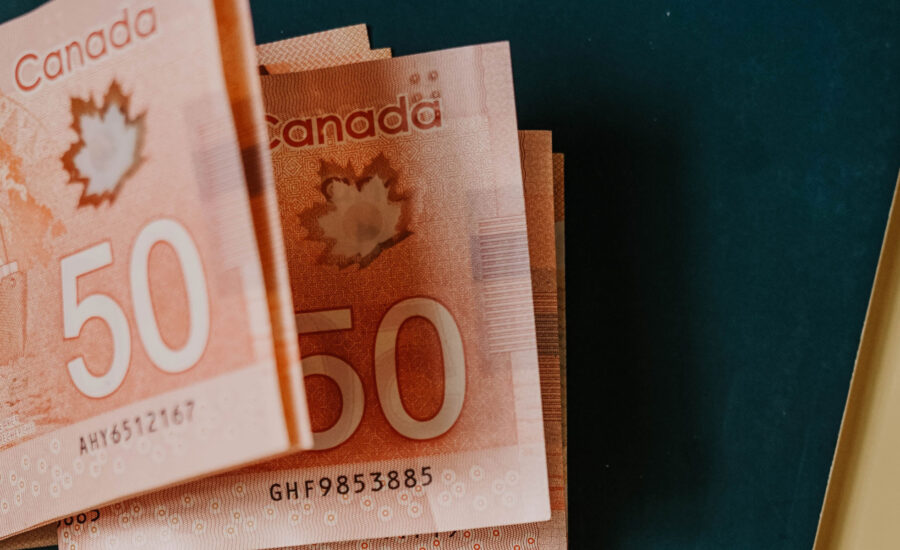 Photo by Toa Heftiba on Unsplash

As we head toward the end of a year in which many Canadians’ incomes were erratic, it’s important for taxpayers to find out which provincial and federal tax brackets they fall into. Why? Understanding where you fit will help you estimate how much tax you owe on your 2020 income, while you still have a few months to save up before outstanding payments are due in the spring.

“Your tax bracket lets you know the percentage of taxes you could pay on the next dollar you earn,” says Andrew Zakharia, an accountant and founder of AZ Accounting Firm in Toronto.

Simply put, tax brackets outline how much tax each of us should pay, based on our annual income. In Canada we have what’s called a progressive tax system, which means “the more money you make, the more you are expected to contribute to taxes,” says Zakharia. So, instead of everyone paying a flat percentage of their income in taxes, those with low incomes pay a smaller percentage, with rates progressively increasing for higher income earners.

There are five categories of federal tax rates, with each one classified as an “income bracket” based on how much money you earn in a year (even if you are self-employed). Since you pay taxes to the federal government, as well as to the provincial government where you reside, there are tax brackets and tax rates for both levels of government (which we’ve outlined in full below).

What are the federal tax brackets in Canada for 2020?

The most important thing to understand about Canada’s federal income tax brackets (and most provincial brackets, other than Quebec) is that the rates apply only to the earnings that fall within each tier—sort of like a ladder.

So, for example, if someone made $40,000 this year from all their sources of taxable income (including paid work, benefits, bank interest, etc.) they are in the lowest federal bracket for 2020 and will pay 15% in federal tax, or about $6,000. (This, of course, does not account for any deductions or expenses that might lower taxable income, such as the basic personal amount tax credit, or RRSP contributions, which is why this is considered “estimated” federal tax owing.)

But someone who falls into the second federal bracket, let’s say with an annual income of $90,000, still pays the same 15% on their first $48,535 in earnings. It’s only the income over and above that first bracket limit that will be taxed at the higher second bracket rate of 20.5%.

To use the table above, start by finding which range your income falls into. Then subtract the minimum dollar value of that range from your annual income, and multiply by the applicable tax rate. Finally, add the maximum total tax from the previous bracket to approximate your 2020 federal taxes.

Here’s another example (albeit perhaps not very relatable to most readers) for someone in the top bracket earning $500,000:

The tax brackets for every province and territory in Canada

In the same way that Canada has federal income brackets to calculate taxes, every province and territory has their own tax brackets and tax rates. “Certain expenses are federal responsibilities and certain expenses are provincial responsibilities,” says Zakharia. For example, health care is a provincial accountability, such the Ontario Health Insurance Plan (OHIP), and B.C.’s Medical Services Plan (MSP), and the military and national security is covered at the federal level with the Canadian Armed Forces and the RCMP.

What can you expect with provincial tax brackets? “Every year, the tax brackets increase,” says Zakharia, even if the rates for each bracket remain the same. This is mostly due to inflation, which is basically the increase of prices on some products.

Here are the tax brackets for all the provinces and territories in Canada, in alphabetical order:

How tax brackets work for the provinces and territories

Similar to the federal tax brackets, you start by finding where your annual income is in the chart from your province. Then subtract the minimum dollar value of that bracket range from your total annual income, and multiply by the applicable tax rate. Finally, add the maximum total tax from the previous bracket to approximate your 2020 provincial taxes (before any applicable surtaxes, as explained below).

What is a surtax?

You may look at the Ontario and PEI tax rates, and think to yourself, well, that’s pretty low. But personal income in these two provinces is taxed a second time with a surtax. (A surtax means just that, a tax upon a tax.)

For PEI residents, the surtax is 10%, if your income is more than $12,500 annually. Take your income and multiply it by 0.10 to calculate the surtax.

Thankfully, most personal tax programs figure this out automatically.

Thanks for the info, now what?

Knowing where you sit in the federal and provincial tax brackets can be helpful, but what if your income has changed or varies from year to year? And what if you get a raise?

“Understand what tax bracket you’re in and what it means to you,” says Zakharia, adding that if you make more money one year (from a pay raise or side hustle), you don’t need to freak out. It is true that the more money you earn, the more you will be taxed, especially if that nudges you into the next tax bracket. “But not all of your income gets taxed in the higher bracket, it’s just the amount in that range,” says Zakharia.  In other words, if you make $100,000, you’re not paying 26% federal tax on the entire $100,000, just on the small portion over $97,069. And the same for the provincial tax, too. For Quebec residents, you just consult the chart above if you move into another tax bracket.

If your side hustle is your own self-employed business, taxes obviously won’t be automatically deducted from your paycheque. It is your responsibility to set aside money to pay income tax on your net earnings (after deducting business expenses) on a quarterly or annual basis. Be sure to report all your income, otherwise you may have to pay a penalty of 10% on the amount you didn’t report.

As for those with investment income, which includes anything from the sale of a property to cashing in stocks, various rates apply. “Different types of income are taxed differently,” says Zakharia. Dividends, which are after-tax profit distributions from companies, and capital gains, which are profits from the sale of property or investments, are taxed more favourably than other income, such as earnings from employment, business, pension, etc.

In talking about income tax brackets, you may hear a few of these words, too. Here’s a quick list of definitions for your reference.

Base amount: On your tax form, this is the BPA, also known as the “basic personal amount.” This amount is not taxed, and it was created to avoid taxing individuals with income below this amount. The base amount for 2020 is $13,229.

Gross income: Your full income, untaxed and without deductions.

Income tax bracket: The range of annual income and the income tax rate that is to be applied.

Income tax rate: Amount owed as a percentage of income.

Federal income tax: Payment to the Government of Canada, which is used to fund the federal level of government and programs.

Net income: The amount of personal income you earn, after deductions.

Taxable income: A person’s gross income, which is taxable by the federal and provincial/territorial levels of government. If you are self-employed, this is net income.