Thinking about doing your taxes? Or maybe getting some professional help? Read this before you decide to do either. 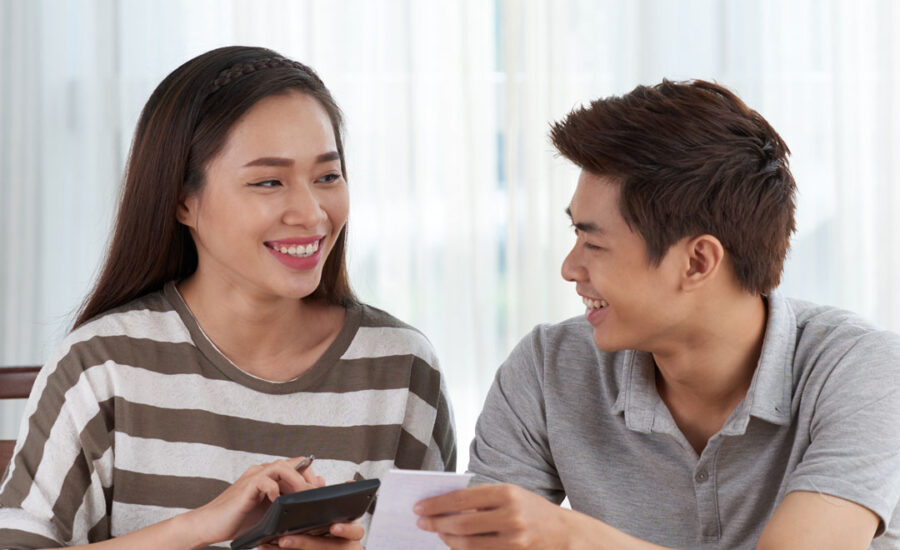 Rumour has it that tax forms are complicated messes, and that if you do your taxes yourself, you could end up owing your home or, worse, go to jail. Maybe it’s just how people get whenever dealing with the government (ever sweat over a pair jeans you bought going through customs?), or maybe it is what we’ve been told by a basement accountant who takes 15 minutes and $60 of our money to file your return. OK, we may be being a tad dramatic, but the aversion to learning how to file our own tax returns is just as over the top.

Some of us are lucky and “know somebody.” With an accountant for a father, Celia Hammond spent years cruising through tax time. She just gave him all the necessary slips and receipts, and he’d prepare and file the returns for her. But a few years ago, he figured it was time for her to step up. “He said, I either had to do them myself or pay someone to do them,” says the Toronto-based senior policy analyst.

“Many people are just scared of the unknown because they weren’t taught how to file taxes in high school,” says Matt Lisowski, vice president and general manager of the Canada consumer group at Intuit, maker of TurboTax. “There’s the sense of ‘Oh my god, if I make a mistake the government’s going to come after me.’ ”

But, in general, if you have a job, have investments, sold some stock, own a home, have kids, or even if you are self-employed, you can still do your own taxes using software, he says, estimating that accounts for probably for 95% of the population.

Hammond, like thousands of other Canadians who prefer not to shell out for the services of a professional, got some tax software and mentally prepared herself for a slog. To her pleasure, the entire endeavour—including sending the return online to the Canada Revenue Agency—took only a couple of hours.

She followed the prompts provided by the basic TurboTax program, answering questions (such as province of residence and marital status) and inputting information from her T4 slips, RRSP statements and charitable donation receipts. “I also used to include my student loan information [to claim the non-refundable tax credit on interest payments], but not since I paid them off,” she says.

Despite the perception that tax returns are scary or hard to do, most people who use software like TurboTax find the process just as straightforward as Hammond does.

So, if you have a straightforward tax return, with typical tax credits and are reporting income from a T4 or are self-employed as a freelancer, most of the time it is pretty easy to do your taxes yourself. You can follow the Government of Canada’s tax tips or use tax-filing software. And like any kind of Adulting Task, the more you do it, the more confident you become about doing it.

What you need to do your own taxes

Use this checklist before you sit down to start filing out your tax return forms. It will help save some of the headache or distraction of having to stop to find something. (This is also a good list to follow if you’re preparing documents for someone else to do your taxes.)

When to get a professional to do your taxes

Of course, there are some complex tax scenarios—such as declaring bankruptcy, filing for someone else’s estate or a T3 trust—that are better served by the experts, Lisowksi admits.

Same goes for cross-border tax situations due to aggressive U.S. tax-filing requirements, says Liz Schieck, a certified financial planner at The New School of Finance in Toronto. If, for example, you were born American but haven’t lived in the U.S. for 40 years, you still need to file a tax return there. “There are tax treaties between the countries that you need to be aware of, so in that situation even if you don’t owe taxes in the U.S., I would absolutely work with an accountant.”

If you’re a sole proprietor who does your own taxes, it can also be beneficial to talk to a tax expert or financial planner so you’re aware of what you can or cannot deduct or claim. “It’s pretty confusing if you’re just trying to discern what you should and shouldn’t do from the CRA website or from googling,” says Schieck. “Learn exactly what you need to be tracking, rather than just diving in and crossing your fingers.”

Plus, there’s the relationship. Even if you don’t use help, it’s good to know a professional who can answer questions that pop up.

In my own case, for example, I got a reassessment letter from the CRA earlier this year stating that I didn’t pay enough HST based on my income. But I was pretty sure I knew what the issue was: They included my U.S. earnings in their calculations, even though foreign income is exempt from the sales tax. I reached out to my accountant to confirm my thought and she agreed, provided me with specific wording to send back to the CRA, and the issue is now resolved.

How to find a good tax preparer

Start with word of mouth, says Schieck. Find someone who is in a similar tax situation as you and get the name of their tax preparer. Check their professional certifications and see if there are areas they specialize in, such as corporate or cross-border taxes.

But don’t ignore the intangibles, she adds. If you get a bad feeling when you sit down with someone, even if that person comes highly recommended from a friend whom you really trust and admire, you should probably nope out. “I would say, honestly, go with your gut,” says Schieck. “It’s never good to start a professional relationship like that.”

Also, make sure you and your future tax preparer are vibing when it comes to risk tolerance for audits. “Some accountants will tell you that you can write off everything,” says Schieck, because they think the chances of you being audited for those expenses are very slim. “But you might not be comfortable with that.”

Remember: This is a potentially long-term relationship (an audit on this year’s taxes can happen up to seven years in the future) so make sure that you’re very comfortable with each other.

And, should you decide the best person to prepare your taxes is you, then congratulations!

Either way, there is no reason to be scared by the tax-filing process.