Signing a purchase agreement and then failing to close can have serious financial consequences—and courts don’t take it lightly. 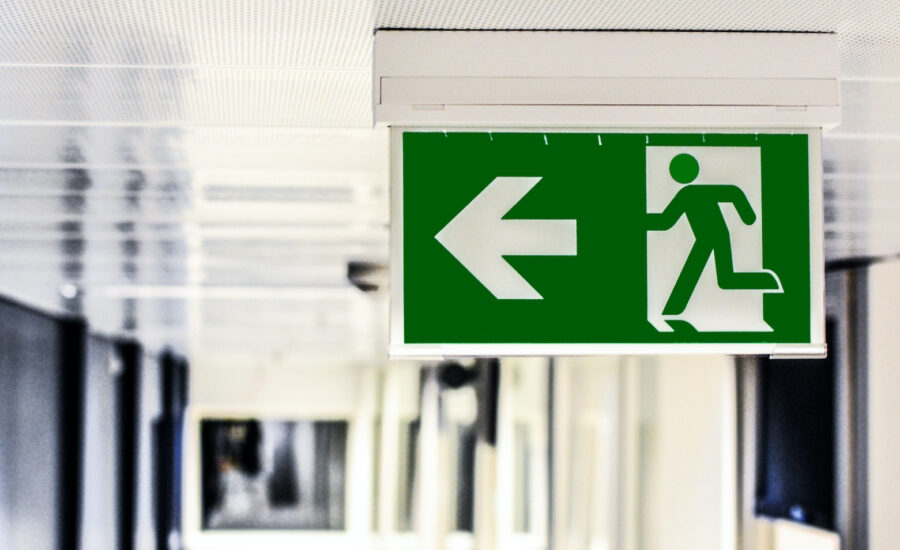 Photo by Monicore on Pexels

When it comes to backing out of a real estate deal, the law doesn’t tend to side with the dealbreaker, says Ron Butler, a veteran mortgage broker and one of the founders of Butler Mortgage in Toronto. If you’re the buyer, “You should find a way to complete the sale—beg, borrow, do whatever you need to do—but close, because the case law overwhelmingly favours the seller,” he says, adding that the courts aren’t usually sympathetic towards the dealbreaker, no matter their reasons or motivations.

Julia Sebastian discovered this the hard way. She entered an agreement of purchase and sale for a $995,000 home on Glasshill Grove in the Erin Mills neighbourhood of Mississauga, Ont in May 2017. She seemed particularly eager. Not only did she offer $45,100 above asking, but she also waived the two conditions of adequate financing and a home inspection—a move intended to make her offer as attractive as possible.

Before the deal could close, the property was appraised for only $920,000, and as a result, Sebastian’s financing was denied. She later testified in court that this was the result of a sudden drop in Mississauga real estate prices, though there was little evidence to support that claim. Four days before her original close date in August 2017, her real estate lawyer sent an email to the sellers saying the deal was off.

The judge who oversaw the ensuing court battle didn’t agree with Sebastian’s sudden change of heart. As he put it, there is always the possibility that property values can drop before a deal closes. Sebastian’s case never made it to trial; the judge ruled against her in a summary judgement.

With Canadian housing prices falling from the pandemic’s all-time highs, a greater number of real estate deals seem to be falling apart. While there can be valid reasons for needing to back out, it’s a decision that can have serious financial consequences for buyers and sellers alike.

Can you back out of a real estate purchase?

Roughly a decade ago, Toronto real estate agent Danielle Demerino got a call from a client of hers who had just closed on a house. The client’s wife didn’t like their new home–a classic case of buyer’s remorse. But simply undoing the deal wasn’t an option, Demerino says. She told her client buying a home was akin to having a baby—there’s no going back once the baby is born.

Buyers’ remorse pops up in all kinds of transactions, but due to the financial implications, real estate agents usually caution against letting feelings dictate whether or not to back out of a deal.

To ensure the purchase process goes smoothly, experts recommend you get pre-approved for a mortgage by a broker or lender. “I don’t let people sign contracts unless they’re very, very sure that they’re going to get financing,” Demerino says.

That said, financing does sometimes fall through, and that can kill a home transaction, no matter how badly you may want to close.

For this reason, Demerio says it’s important “to purchase reasonably and not in a heated market with a long closing. If the market changes, and values go down the property may not appraise and you’ll need to make up the difference.”

“Home buyers may desperately want to close their home,” she says, “but the banks won’t give them the money now that the value has dropped.”

Why there’s been a rise in failed real estate deals

Hard data on the total number of failed real estate deals per year in Canada is difficult to track down. But, anecdotally and according to media reports, there’s been an increase in failed closings in recent months.

Butler says not a single deal handled by his office in 2019 failed to close. That started to change this spring. The mortgage broker estimates that, between March and July 2022, the total failure rate for deals at his office reached about 6%. During that time, he says his office saw 10 separate transactions fall through.

The rise in failed closings comes as Canadian home prices fall from previously unheard-of highs. High inflation has forced the Bank of Canada (BoC) to aggressively raise interest rates, thereby raising the cost of borrowing. In turn, home prices are dropping, and they show few signs of slowing in the near future.

According to an RBC Economics report from July 2022, the Real Property Solutions/Royal Lepage national aggregate home price index could drop more than 12% by early 2023. That would make it the steepest decline since 1981, a period that includes four recessions.

Home owners who want to move have two options: buy first or sell first. Selling your current property first helps dictate what you can afford to spend on your next house. But the situation is less certain when you buy first.

When homes’ appraised values drop quickly—as they have in the summer of 2022—anyone depending on the sale of their current home to buy their next one can find themselves in financial trouble.

Though it’s becoming unpopular as the market shifts, at the height of B.C.’s real estate market, it was common for buyers to purchase a new home prior to selling their current home, says Jesse Kleine, a real estate agent based in Vancouver. Based on his conversations with Ontario realtors, he says that practice appears more common in Ontario, where appraisals are done after an offer has been accepted.

Home buyers who bought first—just before home values began to fall in the spring—may be stuck selling their current house and still come up short on the funds necessary to close the deal, he explains. To complicate matters further, as buyers tried to outdo one another in a fiercely competitive real estate market, many signed deals without having properly secured financing or paid for an adequate home inspection.

Angela Calla, a B.C. mortgage broker, says this trend happens every couple of years as housing supplies run short and bids go high. “We saw some buyers forced to come up with extra money, get co-signers at the last minute, or have to take a more expensive lending option,” she says.

Buyers’ obligations after inking a deal

The moment Sebastian signed an agreement of purchase and sale for the Mississauga, she made an ironclad commitment on those terms, including its $995,000 price tag.

However, before a deal reaches this final phase of the buying process, there are additional steps intended to give buyers and sellers a way out—which Sebastian does not appear to have seized.

After a buyer has ideally been pre-approved by a lender, made an offer on a home and struck a deal, the sale enters a “subject period,” Calla says. During that time—a negotiated timeframe of usually between five and seven business days—the buyer submits all of their documentation to their mortgage provider to ensure the property value and criteria all line up with what they’re able to afford and what the bank will approve.

The subject period also offers a buyer with cold feet a way out.

“At any point during that subject period… the buyer can say: ‘I’m no longer interested, I’m releasing myself of this,’” Calla says.

Once an agreement of purchase and sale is signed, however, a buyer is locked in—as is the seller.

Can a seller be sued for failing to close?

While buyers can end up in the hot seat after a failed deal, buyers can also sue sellers who fail to uphold their end of the bargain.

In a case that went to court in 2020, for example, the seller refused to close on the sale of her Brampton, Ont., home because she felt she should have been paid more than $835,000. During the subsequent lawsuit, the buyers demanded “specific performance,” or a court-ordered sale of the home as promised. The judge ruled that the seller and her husband had four months to vacate their home and complete the sale.

The real costs of backing out

Sebastian’s decision to back out the deal for the Mississauga home had immediate implications for the sellers, Wonkyun Bang and Eunkyung Moon.

Because Sebastian didn’t buy, Bang and Moon were forced to keep their home. They had already signed a contract of their own to purchase an Oakville home and were relying on the sale of their current one to complete it. So, they re-listed the Mississauga home, but it didn’t sell for seven months.

Once it eventually traded hands with new buyers for $920,000, Bang and Moon sued Sebastian in court for damages. Their lawyers argued they deserved Sebastian’s $35,000 deposit—and then some. And they got it.

In his ruling, the judge ordered Sebastian to pay Bang and Moon $75,000—the difference between the original sale price and what their home eventually sold for. Then, he added nearly $33,000 in damages to cover the seller’s financing costs between deals; he tacked on $1,200 for utilities, some $3,000 for property taxes, $800 for insurance, and $6,000 for staging expenses. Including compensation for their legal fees, the damages totalled more than $122,200.

Calla says damages in these types of cases can be extensive. “Everybody’s journey is unique, but there is absolutely no way it is limited to [the] deposit [on the home],” she says. “In most cases you can absolutely expect it to be more.”

What other options do buyers’ have?

As a buyer, you have few options when it comes to successfully backing out of a real estate deal. If it’s financing or the sale of your current home that prevents you from completing the deal, negotiating for a lower price on the home might be an option, says Butler. After all, litigation is messy, time-consuming and onerous for everyone involved. Many people prefer to avoid ligation at all costs.

In most cases, it’s best for both parties to find some way to close the deal. If you’re buying a home, it’s critical to get pre-approved and to follow professional advice before putting an offer on a home. Understanding your legal obligations and what can happen if your financial situation changes during the closing period is especially important when the real estate market is turning quickly, as it is right now.

Ultimately, following through on a less-than-ideal purchase is often better than risking the alternative: years of courtroom testimony, and potentially hundreds of thousands of dollars in damages or a court-ordered purchase of a home you no longer want.