Secrets of the rich: Go beyond stocks and bonds

The rich buy real estate overseas, invest in hedge funds and dabble in futures. Could those strategies work for you? 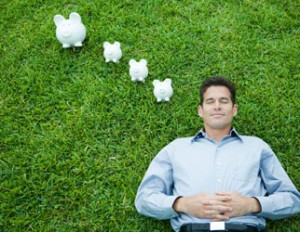 Buy international real estate
When Toronto employment lawyer Howard Levitt bought two-thirds of an acre of land in Nicaragua eight years ago, his friends and colleagues told him he was crazy. At the time, the memory of Nicaragua’s bloody civil war and the Sandinista government’s expropriation of thousands of properties were still fresh in people’s minds. But the country had stabilized, and Levitt believed its low land prices were sure to rise. On his oceanside lot, he built a luxury home, complete with a 180-ft swimming pool, beautiful balconies and servants’ quarters. These days, Nicaragua is seen as a new tourism hot spot and Levitt says his land, which he purchased for just $90,000, is now worth $400,000, not including the value of the house.

Like many high-net-worth investors, Levitt believes that owning some international real estate is a good way to diversify your portfolio. “You never know what’s going to happen to your own economy and your own currency,” says Levitt, who also owns a mixed-use building in Quito, Ecuador. “You shouldn’t have all your eggs in one basket, so investing in different sectors and countries is one way to protect yourself.”

Levitt’s strategy is to choose undervalued countries—he reads International Living magazine to learn about places with prices that are substantially lower than similar regions nearby. He recommends choosing a country that has title insurance to avoid legal problems and says that working with a realtor abroad who has worked in the U.S. makes the process easier.

His properties provide Levitt with diversification, income and bragging rights. “If you were to buy the same-sized lot as my property in Nicaragua on the water in Tofino, where it’s too cold to swim without a wetsuit, you’d pay about $2.5 or $3 million for just the land,” he smiles.

If you’re not part of the ultra-high-net-worth crowd and you’re interested in owning a piece of land in another country, the U.S. is a good place to start. America’s sluggish economy, coupled with slumping real estate values, might sound scary, but according to Toronto investor Jim Chuong, those same factors make it a great place to buy undervalued properties. “People want to invest when there’s good news, but that’s always the worst time,” he says.

Chuong, who owns several residential properties in Arizona, set out to find rental homes that cost less than five times the annual gross rent, a situation he says is hard to find in Canada. He says you can pick up a condo in Phoenix for just $20,000, while a one- or two-bedroom house can go for as little as $30,000 to $40,000. Chuong assumes that half the rental income will go to expenses, such as property management, repairs, and income tax. That means that after 10 years, Chuong will make enough in profit to cover the purchase price. To make absolutely sure he’ll make money whether housing prices and interest rates surge or fall, he also avoids leverage, paying cash for all his properties.

Consider hedging
Think of a hedge fund as turbo-charged mutual fund—it’s a pool of capital that uses sophisticated strategies with the goal of making money regardless of whether markets are going up or down. It’s an appealing pitch, and many high-net-worth people invested in hedge funds over the last decade. “The original idea with hedge funds was to hedge the risk in mainstream stocks and bonds, but to do it in a way that adds to your returns over time,” explains Dan Hallett, director of asset management with HighView Financial Group. “It adds another component that moves differently from everything else, but at the same time contributes some return at well.”

You need to be considered a “sophisticated” or “accredited” investor to buy into hedge funds, meaning you typically need to have a net income of more than $200,000 or assets of more than $1,000,000. Hedge funds require that you invest a minimum amount of money, starting at $25,000 and moving up to $1 million or more. Often there is a lock-in period of months or even years, during which the investor can’t redeem his or her funds. The idea is to put a small chunk of the investor’s allocation to stocks—say, 20% or less—in hedge funds to increase diversification and stabilize the portfolio during severe market downturns.

Hedge fund managers use many different strategies in their attempts to get returns in all market conditions. In equity market-neutral funds, managers try to exploit market inefficiencies by purchasing one stock they think will rise and shorting another in the same industry they think will fall, thus cancelling out any changes in overall market levels. For example, if you think Apple is going to take market share from RIM, you’ll buy Apple and short RIM. If it works out as planned, you’ll benefit regardless of what the overall stock market does.

However, hedge fund investors were disappointed to see that these products fell along with stocks in the recent market crash. “In 2008, most hedge funds did not pass the litmus test,” says Al Kellett, a senior fund analyst at Morningstar. Despite their promise of offering returns that zig when the market zags, “it turns out they were correlated to the market.”

Typically, only people with very large portfolios or institutional investors can buy into hedge funds. Funds of hedge funds were created to eliminate some of the barriers, namely that the minimums are too high and the complexity and lack of transparency makes the products difficult to evaluate.

With funds of hedge funds, a manager selects which hedge funds to invest in and monitors them. Because various funds are pooled together, it reduces volatility. However, according to Dan Hallett, the theory has often been better than the reality. He mentions Norshield Asset Management, a Montreal-based fund of hedge funds that collapsed after allegations of fraud, and Abria Financial Group, which had a fund wiped out after a hedge fund it invested in made a bad bet on natural gas prices.

Fees are also a big issue—hedge funds are routinely criticized for taking too much money from investors. For example, the hedge fund publication AR Magazine reported that David Shaw of the investment management firm D. E. Shaw made $275 million last year, even though his biggest fund returned just 2.45% and the firm lost 40% of its assets. The fund of hedge fund model adds yet another layer of fees.

Given the uncertain returns and high fees for hedge funds, retail investors are probably better off sticking to the growing number of plain vanilla mutual funds that use similar strategies. They are regulated in the same way as mutual funds but they have some ability to short stocks. “These can be a way for people to take a hedge fund for a test drive, because you can do it with a relatively small amount of money and you have a reasonable amount of transparency,” says Hallett. For example, Front Street Capital’s Canadian Equity Fund is a mutual fund that makes limited use of hedge fund strategies, and it can be purchased through a bank or brokerage. It’s run by the same manager who runs Front Street’s hedge fund.

Keep in mind that you don’t necessarily need to have hedge fund-type products to have a low-volatility portfolio. Remember that the best hedge against market swings is a properly balanced portfolio. The key is to spread your money over several different type of assets that are as independent as possible, so if one takes a tumble, it won’t wipe you out. Make sure you could sleep at night if the equity portion of your portfolio took a sudden dip—say losing 40% of its value. If that thought scares you, increase your proportion of bonds and cash.

Look to futures
What do corn farmers and high-net-worth investors have in common? They can both use futures to protect their wealth.

Futures contracts allow agricultural producers and corporations to lock into prices today for buying or selling their products in the future. Institutions also use them to mitigate the risk of changes in currencies and stock market levels.

High-net-worth individuals often use futures to hedge their portfolios against currency risk. For example, if a Canadian investor has a large portfolio of U.S. stocks, she might hedge them by buying contracts on the U.S. dollar. If the U.S. dollar drops in relation to the Canadian dollar, the investor’s American stock holdings would be worth less, but this would be offset by a profit on the futures contracts.

Futures contracts are bought and sold on the Montreal, London, New York and Chicago exchanges, among others. The party that agrees to buy the underlying asset holds a “long” position, or buys the contract; while the party that agrees to sell the assets holds the “short” position, or sells the contract. So if you bought a gold futures contract, you’d be agreeing to buy a certain number of ounces of gold from the futures seller on a date in the future. If the price of gold rises, you could sell the contract for a profit. It’s valuable because it allows the person holding the contract to buy gold at less than the going rate. However, before the contract expires, most parties typically offset their position to avoid delivery of the commodity, or they settle the gains or loss in cash.

How you can benefit
“I’m 10 years older but my portfolio hasn’t budged,” laments a woman in an ad running on CBC News Network. The ad is for futures and commodity broker Lind Waldock, and it features satisfied clients explaining why stocks and bonds just don’t cut it, urging the viewer to explore commodity futures trading.

It sounds tempting, but Alexandre Viau, an experienced futures trader and vice-president at National Bank Financial, isn’t convinced. “Futures trading is very, very risky. I don’t think I can say that enough. It’s like trying to make money at a casino.”

Instead, if you’re interested in commodities, consider exchange-traded funds (ETFs) that purchase future contracts. They’re a safer bet. “It’s the only route I’d recommend for a retail investors,” says Rotman School of Management finance professor Eric Kirzner. These products can add stability to a portfolio, as commodities have a relatively low correlation with stocks. Commodity ETFs can also allow people to invest in sectors that are not heavily represented in Canadian stock markets, such as cocoa, wheat or corn. Just make sure you use them sparingly, stay away from leveraged ETFs, and take the time to understand how they work.