How much money can you make driving for Uber? - MoneySense 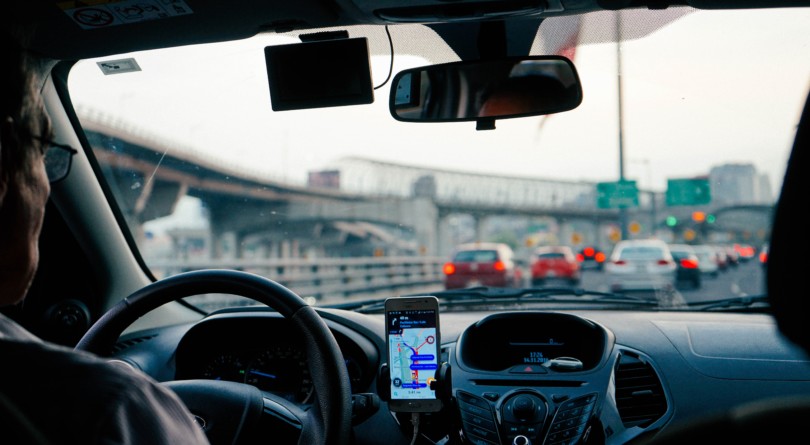 Photo by Dan Gold on Unsplash

There’s a wedding in Whitney Jarvis’s future, and she’s been thinking that taking a few shifts with a ride-sharing service, like Uber or Lyft, might be a convenient way to help pay for it. As far as side-hustles go, it initially seemed ideal to Jarvis, who lives in Ajax, Ont. During her spare time, she could use her car—which, otherwise, would be sitting unused—to earn a few dollars. So much better than taking a retail job, where someone else dictates when you work, and for someone who enjoys driving and meeting people, maybe even fun.

But as she began to look at the idea further, she read many online accounts of what drivers are actually earning when all factors are included, and her feelings began to change. “I’m hearing from a lot of people that you are out a lot to maximize earning potential, yet you aren’t making a lot and it’s ultimately a waste of time.”

With 90,000 Canadians driving for Uber alone, either as a side hustle or their main gig, you might have considered getting behind the wheel to help pay for a dream vacation, cover the cost of a surprise house repair, or maybe to build your investing nest egg. Whatever the reason, there’s one question would-be Uberites seem to have in common: Is it worth it?

Despite the rapid growth and popularity of app-based ride-sharing services, there is mounting concern about how much money drivers actually take home. Go to Uber’s recruitment page and you’ll see they guarantee earnings of $2,600 from your first 400 trips over 90 days. There’s fine print of course, which shows getting to this number might require a top-up from Uber themselves, and that’s a one-time offer only. Even then, if you do the math, it works out that you’re earning a scant $6.50 per ride—and you don’t get to keep all of that. You’d also need to deduct personal expenses such as gas, maintenance and more to calculate your net earnings.

Increasingly, stories are emerging about how net earnings for drivers of ride-sharing services are below expectations and even hover around minimum wage. A paper co-authored by Uber’s chief economist showed that 68% of Uber drivers quit within six months.

But are complaints about compensation coming from those who simply didn’t maximize the opportunity to make money from driving a rideshare (because you only get out of it what you put in), or are there legitimate concerns about the financial limitations?

Earnings can vary depending on a variety of factors and situations. Jack Karpfen drives for Uber in Montreal. He shared that on a recent slow weekday he earned the equivalent of under $10 per hour over the course of his shift. But he also recently had a busy Friday night when, in just under 8 hours, he accepted 19 trips and grossed $230 with tips included, or almost $30 per hour.

Those who drive for Uber as a side gig appreciate the ability to set their own schedules, and many enjoy the socialization component as well. Hamilton resident Jo Forte (not her real name) was drawn by the flexible hours as she looked to make extra money to meet living expenses. And John Crawford of Stratford, Ont., says Uber is a great way to use his newly purchased plug-in hybrid as an income-earner; with its low operating costs, the car helps Crawford enjoy higher profit margins from his rides.

The vehicle you choose to drive is, indeed, an important consideration when it comes to making as much money as possible. Uber generally requires you to have a new or relatively new vehicle, and it must be able to acquire a safety standards certificate after undergoing a detailed vehicle inspection. It also needs to be regularly maintained, so choosing a vehicle that’s reliable, not expensive to maintain and good on gas (or uses no gas at all) is key to maximizing your side-hustle.

Crawford boasts that his Hyundai Ioniq Plug-in Hybrid costs “honestly, pennies a week” to operate. “In-town rides, which are the majority of my rides, are all-electric. I can fully charge the battery for less than a dollar, and I can do probably 6 to 8 rides on a full charge.” Crawford notes that because he drives a PHEV, even on busy days he’s saving money. “The car will get over 1,000 kilometres on a tank just as a hybrid, and costs maybe $40 to fill. So, a heavy day of driving might cost $10 to $15 in gas, but bring in $150 to $200. It’s not typical Uber mileage, but it’s an incredibly fuel-efficient car.”

Driving a gas-powered car will increase expenses compared to electric vehicles (EVs) or plug-in hybrid vehicles (PHEVs), so it’s important for drivers to use a vehicle that’s fuel efficient. Jo Forte, who drives a Ford Focus, says, “I have an extremely fuel-efficient car. My guess might be about a quarter of my earnings [is spent on fuel].”

The annual operating costs of a vehicle will vary depending on the make and model one drives. The Canadian Automobile Association (CAA) has an online car costs calculator which can provide an estimate of annual operating costs for virtually all makes and models. For example, a 2019 Hyundai Elantra driven 30,000 kilometres per year would have annual costs of $11,931.51, while a 2019 Ford Escape AWD driven the same kilometres would come in at $12,732.13.

And then there are the extras. The quest for 5-star reviews from passengers means that drivers like to offer things like bottled water or snacks as part of their service, but those also take away from their profit. Jo Forte offers both Samsung and Apple car chargers for her passengers. John Crawford does too, and goes even one step further: “I also have a Bluetooth karaoke microphone for medium or longer rides. Passengers can load up YouTube on a spare iPhone I keep in the car, or theirs, and sing whatever song they want.”

The cost of meals and snacks also need to be considered. Most drivers interviewed for this story prefer to brown-bag it or even drop back home for food, but Joe from Ottawa (who asked that we not use his last name) says he spends about $125 a week on food for himself, as well as snacks and water for his passengers.

Uber sees drivers as independent contractors instead of employees, so side-hustlers need to be aware of the financial reporting requirements of being essentially self-employed. Based on a CRA ruling in 2017, all ridesharing apps must collect HST/GST; these taxes are collected by the company, then given to the individual drivers along with their earnings. That means the responsibility of managing and submitting HST/GST payments and other expenses related to their driving falls to the individual. This is where a good bookkeeper comes in handy—but that, too, comes at a cost. A typical small business might pay $100 to $300 per month for a bookkeeper, but find it worth the money to know they are avoiding any dangerous financial reporting errors.

Proper accounting and tax filing can also prevent legal hassles. Jason Rosen, founding partner at the Rosen Kirshen Tax Law firm in Toronto, has seen an increase in business coming from Uber drivers who got themselves into trouble with the Canada Revenue Agency due to improper financial reporting. He says his advice to drivers is simple: “Don’t manage the bookkeeping yourself. Seek the guidance of a professional who can help with maximizing deductions and maintaining compliance. Doing it right might add to the expenses, but it’s likely far less than it would be in penalties for doing it wrong.”

You can’t legally drive in this country without insurance, and when it comes to ridesharing, the matter can become complicated. In Uber’s early days, there was a lot of confusion about whether a driver’s personal auto policy offered sufficient coverage. Over time, it was determined that drivers actually need both a personal and a commercial policy, since their personal car becomes a business vehicle every time the ridesharing app is activated.

Uber recently made the situation much clearer for drivers in Ontario, Alberta and Quebec: The company now offers blanket insurance coverage for drivers when they are using their vehicle for ride-sharing (so a personal policy is still required for when the vehicle is in personal use). Uber has also negotiated blanket coverage for drivers in Saskatchewan through the publicly run SGI Canada, which marks the first time Uber has worked with a publicly-owned insurer.

Manitoba drivers are insured publicly as well, but Manitoba Public Insurance has opted to create a new Vehicle for Hire policy option. Uber drivers in Manitoba advise MPI that they plan to use their vehicle for ridesharing, and then pay a 20% premium surcharge for the coverage. For example, according to the MPI online calculator, a non-ridesharing driver entitled to maximum discounts in central Winnipeg can expect to pay annual insurance premiums of $1,515 on a new 2019 Hyundai Elantra Preferred driven 30,000 kilometres a year. With the 20% rideshare premium, the driver’s insurance cost becomes $1,818, or $303 more.

So, going back to the original question: Is driving for a rideshare worth it? Despite numerous attempts to ask Uber this question directly, no response was ever received. But based on the feedback from the drivers who contributed to this story, it would seem that the answer really is: It depends.

As long as there’s money to be made, there will always be people content to do so, no matter the amount. But for others, the value of driving for Uber extends beyond financial factors alone.

“The biggest surprise was how good it was for my mental health,” says Jo Forte. “Uber gave me a new lease on life—I love people, I love driving and I love driving people where they need to go…. It’s been a fantastic job for me.”

Joe from Ottawa summarizes it differently though, through his own take on the famous Forrest Gump movie line: “Driving for Uber is like opening a box of chocolates….”

Never knowing what you’re going to get is a pretty succinct way to view the potential of using Uber as an income-generating side-hustle. And while the uncertainty of not knowing may be a positive when you’re enjoying a box of chocolates, if making consistent money is your goal, you may be better served by a side-hustle that’s not so thickly covered in milk chocolate mystery.