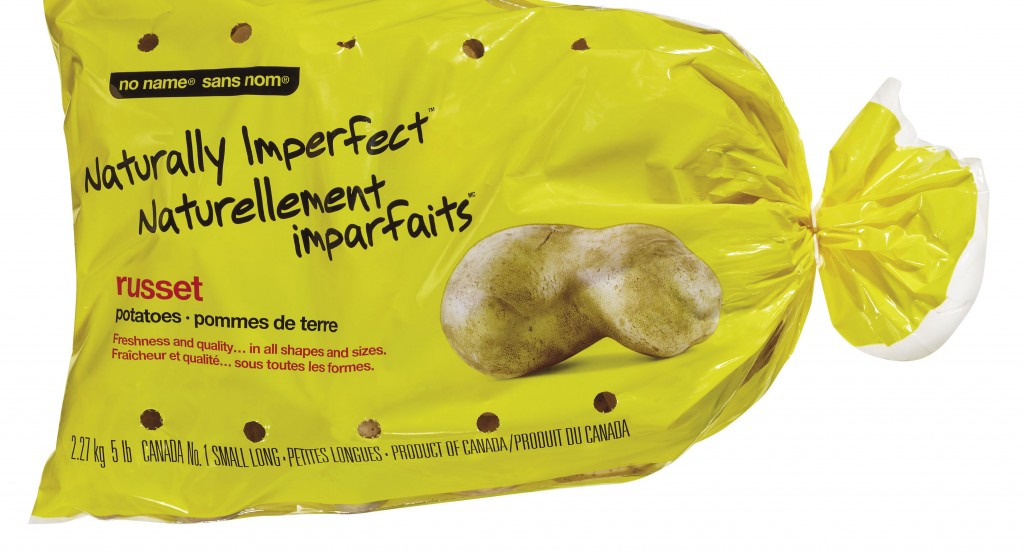 At least, that’s the bet Loblaw’s (TSX:L) is making with its ugly duckling line of produce aimed at shoppers looking to save money on the sky-rocketing cost of fresh food.

The company launched its Naturally Imperfect line last March, offering ugly apples and potatoes to Ontario and Quebec shoppers as part of a trial run that later expanded to select stores in other provinces.

More types of cheaper, bruised and misshapen produce will soon be available across the country, the company announced Wednesday.

“It really went well above and beyond what our expectation was,” said Dan Branson, the company’s senior director of produce.

“I think it really spoke to the fact that Canadians are out there really looking for some options around driving value into their weekly shop and having greater accessibility to that healthy eating product of value.”

Low loonie to drive up fresh fruit and vegetable prices »

Based on the program’s success, Naturally Imperfect will now include unsightly peppers, onions and mushrooms for consumers in Quebec and Ontario.

The line’s produce is now also available at Your Independent Grocer and Real Canadian Superstore in Whitehorse, Yukon.

The uglier version of a fruit or vegetable costs up to 30 per cent less than its good looking counterpart.

That can be appealing to consumers who have been smacked with sticker shock on the produce aisle over the past year due to the low Canadian dollar and other factors, including shortages caused by a drought in California.

Between January 2015 and 2016, Canadian food prices rose four per cent, according to Statistics Canada’s consumer price index. But fresh fruit and vegetables showed some of the biggest increases, shooting up 12.9 and 18.2 per cent respectively.

Groceries will be even more expensive in 2016 »

In the fourth quarter of 2015, Loblaw’s internal food inflation outpaced the CPI’s 4.1 per cent jump, according to the company’s financial reports.

And while it has managed to pass most of this cost on to the consumer, shoppers started choosing cheaper products when some foods surpassed a certain price point, president and executive chairman Greg Weston said during a conference call with investors last week.

Consumers, especially those in Alberta where the economy is struggling, have flocked to Loblaw’s discount offerings, he said.

Branson said Loblaw looks to deliver great value regardless of the economy, but thinks that with the way things are now the offerings may be benefiting Canadians more than when Naturally Imperfect was first launched.

It plans to expand the program even more over the coming months.