Despite multiple attempts to diagnose the problem, the dealership has turned up no clues. Experts offer some options and background for the car’s owner to consider. 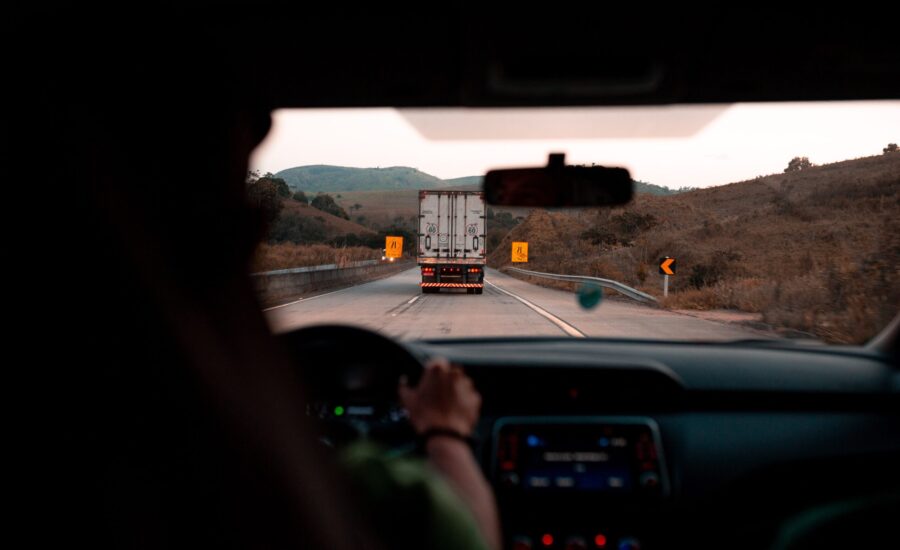 Photo by UHGO from Pexels

Q. Sometimes, when I take my foot off the accelerator and put it on the brake, my car, a 2019 Subaru Legacy 2.5i Limited, accelerates suddenly. It stops only with a hard push on the brake. After this happened several times, in February 2019, I took the car to the dealer and left it for three days to diagnose and correct the problem. The dealer could not find the cause, even after I went for a drive with their director of after-sales operations. His conclusion was that, inadvertently, my foot remained partly on the gas pedal when I transferred to the brake pedal because I was wearing heavy winter shoes. I was very doubtful but I had little choice but to accept this verdict.

I have driven very little—less than one tank of gas in the last 17 months—and did not have any more trouble until yesterday. When I came up to a traffic light, I experienced sudden acceleration again. Fortunately, my light was green so other traffic was stopped as I raced through the intersection.

This morning, the same thing occurred twice. The first was outside a store at a shopping plaza. As I stopped at the curb, the car suddenly sped up. I hit a signpost that fortunately was the type on a flexible stand, and was able to stop before running into a storefront. Later, as I turned into a driveway and put my foot on the brake to slow down before turning, the car suddenly raced ahead and I had to brake hard to get it to stop. I was happy that it was early in the day and no one was walking—otherwise, there could have been a terrible accident.

The Subaru dealer picked up my car to try to find the problem. They gave me a loaner car and have been pleasant and tried to be helpful. So far, they have not been able to reproduce the problem and are keeping my Outback one more day to try again. Apparently, they can’t help if they can’t get the problem to recur. Sadly for me, it seems to be unique to my vehicle. What are my options?
–F., Toronto

Your dealer’s inability to diagnose the issue is not unusual, as is their apparent failure to involve the manufacturer early on. The Automobile Protection Association received two complaints about unintended acceleration from Subaru owners, and a couple of class action lawsuits have been filed against Subaru over sudden unintended acceleration issues in the United States. One of the law firms alleges on their website that the cause is a conflict between the electronic throttle control and brake override that is not fully explained.

Like other modern vehicles, Subarus are equipped with an event data recorder (EDR), separate from the engine control module (ECM or sometimes ECU), that is supposed to capture situations in which a customer pressed on the brake yet the vehicle continued to accelerate. Subaru Canada has regional technicians with the training and electronic equipment to retrieve those codes, as does Transport Canada for most brands. This equipment and capability rarely extend to the car dealer, whose diagnostic equipment focusses on powertrain performance issues and emissions compliance, but not performance of the airbags, seat belt tensioners, or brake and throttle in the moments prior to a collision. All modern passenger vehicles record some information of this nature. However, dealers will not necessarily flag an event for their manufacturer to investigate; instead, it’s the unhappy vehicle owner who escalates their complaint to head office in an attempt to obtain those resources.

I reviewed your situation with Eli Melnick, an engineer and defect investigator for insurance claims who provided the following perspective on your situation:

“I feel for this guy but, crazy as it sounds, he’ll have to collide with something to trigger an event and enable evidence data to be downloaded. The dealer is trying but typically they won’t do anything unless they can experience the problem. Dealers cannot access the EDR.  Even some Canadian importers once had to send the encrypted files overseas to head office. We can do it using an aftermarket tool and training. You need to know how to interpret the data—it’s pretty cryptic. In certain late model cars, we can even download video images from the front camera.”

If you haven’t already done so, you should report the incidents to Transport Canada, which will record your complaint. In the event of a collision, you could take matters into your own hands and retain an expert to check your vehicle if the manufacturer and dealership appear to have dropped the ball. The basic cost to look at a vehicle and download the data is $1,000 to $3,000. It’s time-consuming, and investigating defects is usually more expensive than auto-repair diagnosis. It’s also sometimes difficult to find an expert who is independent of the auto insurance industry and carmakers.

Most auto insurance companies are not interested in this sort of fact-finding unless the incident resulted in a large property loss or significant personal injuries. In that case, they may be interested in discovering the cause of the alleged event as a precursor to making a claim from the automaker. For damage limited to the vehicle, it’s usually cheaper and more expedient for them to consider the incident an at-fault claim by the owner. The vehicle owner, who may be desperate for clarity in the days after an unintended acceleration event like yours, usually has little influence on their decision.

If we were to invent the automobile today, it would be inconceivable to place the control that makes it “go” right next to the control that makes it “stop,” with both outside the driver’s field of vision. This legacy placement of the brake pedal was arrived at with a different perspective of vehicle safety. Early braking systems were not very effective and power-assisted brakes did not exist; brakes were weak and tended to “fade” if used repeatedly. Foot-operated brakes had a distinct advantage because the foot is at the end of our stronger limb, allowing the driver to exert more force repeatedly without tiring.

Floor-mat interference with the pedals

Years ago, one of the first questions the APA staff was instructed to ask consumers who experienced an unintended acceleration was: “Does your vehicle have aftermarket floor mats?” When a sudden acceleration is reported, that’s the first thing a dealership will look for. Even if the driver’s mat does not appear to be an issue, no repair expert will look further until the mat has been ruled out. So, the first recommendation when having experienced a sudden unintended acceleration incident is to check that there is only one mat in the driver’s footwell and that you have not placed a winter mat over the carpeted mat delivered with the car, which can increase the likelihood of interfering with the pedals.

Furthermore, original equipment winter mats from many automakers frequently have a retention system, usually one or two eyelets or clips to prevent the mat from sliding forward and interfering with the pedals; that’s a failsafe most aftermarket mats, which are designed to fit a variety of vehicles, don’t feature. And many original-equipment mats are now shorter than the aftermarket variety.

The most common sudden acceleration complaint involves one event, in which the driver just sat down inside the vehicle or had just rotated their body to reverse the car. The driver may have owned the vehicle only for a short while, and complainants skew toward owners aged 60-plus. Incidents are usually reported in parking lots, driveways, garage entrances and car washes. From the driver’s perspective, it feels like the brake pedal sank to the floor (as if the brakes failed), or that the pedal is not responding. The likely cause is applying the wrong pedal. It happens more often than most people think, and it doesn’t take much misalignment of the torso or legs to occur.

Carmakers addressed this possibility partly with the introduction of the shift interlock that prevents shifting an automatic transmission out of “park” unless the driver’s foot is on the brake pedal. But the shift interlock does not work when shifting between “reverse” and “drive,” nor while in “drive” when you shift your foot from the accelerator to the brake.