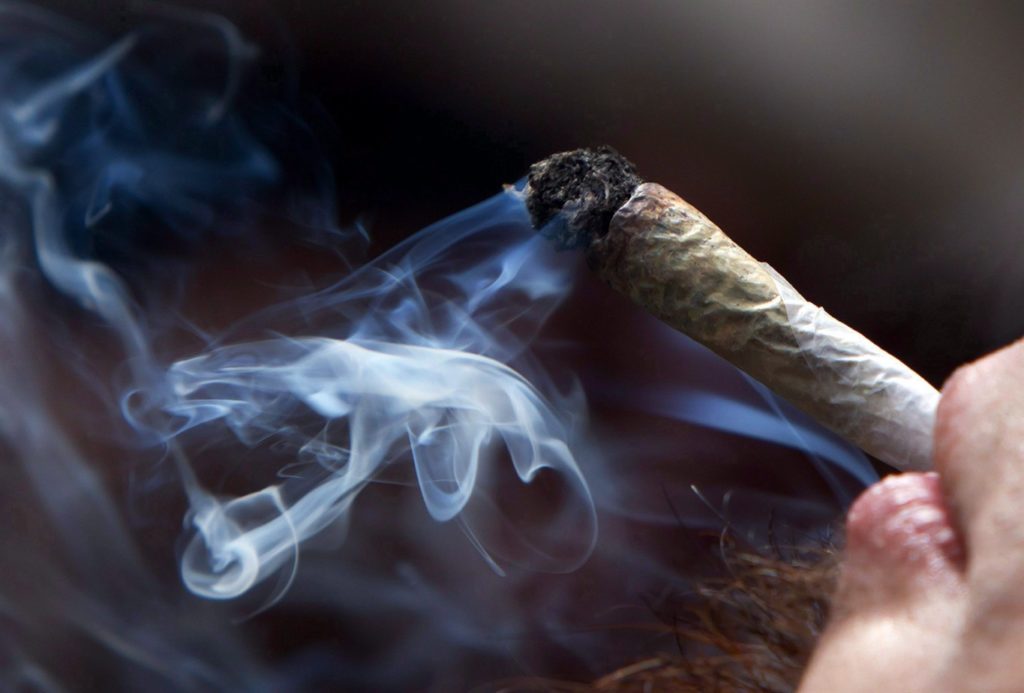 If you want to smoke legal weed expect to hand over at least $1 for every gram you buy to the government plus GST. A young man smokes a marijuana joint during a rally in downtown Vancouver, B.C., on Wednesday April 20, 2011. THE CANADIAN PRESS/Darryl Dyck

Gerald Major goes out on the back balcony of his condo several times a day, leaning against the wall and smoking or vaping medicinal cannabis to ease the pain and other symptoms of severe arthritis.

But the looming legalization of recreational marijuana may put his daily ritual in jeopardy, as condominium corporations and apartment buildings across the country scramble to enact rules that would ban pot smoking inside units, on balconies and in common areas used by residents.

“I don’t use inside my dwelling, I have a seven-year-old. I don’t think it’s healthy, nor is it necessary,” said Major, 46, who has had eight surgeries in the last eight years related to ankylosing spondylitis and psoriatic arthritis, which he began developing at age 14.

“So I discretely go about my business and try to respect everyone around,” he said. “The solution I have right now is fine because all the vape goes away from anyone and it’s not going in anyone’s windows.”

Major and his family moved into the Oakville, Ont., condo about five years ago, a couple of years after his medical condition forced him to give up his job running hedge-fund services for a major North American bank.

Although there’s been no such notice circulated to residents, Major is worried what he would do if his condo corporation and the building’s board of directors decide to outlaw pot smoking and vaping on the property in the run-up to Oct. 17, when toking recreational cannabis becomes legal.

“If it does go that way, then my board will certainly take the most conservative approach. And then, I guess I’ll be looking for another place to live.”

Toronto condo lawyer Denise Lash said her firm has been kept hopping by clients putting new rules in place for their buildings before cannabis is legalized, often resulting in some residents objecting to the changes. Social media has been rife with complaints about condo boards being high-handed in banning weed.

Lash said that over the past few years, many condo corporations were focused on dealing with tobacco use within units and in common areas of their properties.

“So now that we have marijuana that’s going to be legalized, there’s a real concern that there’s going to be more (pot) smokers,” she said, noting that the pungent fumes from a joint can permeate nearby condo units, which non-using residents could argue is not only a nuisance but also a health risk.

Such a contention would be valid, as no building can be made completely air-tight, said Sandro Zuliani, president and CEO of Crossbridge Condominium Services, a property manager for about 80,000 units in the Greater Toronto Area.

“You can never wrap it in Saran Wrap, per se, to prevent that smoke from migrating,” he said. “Even someone going out onto their balcony, the smoke can make its way into an adjoining unit.

“What the solution is, you make the building completely smoke-free.”

Yet even going that route won’t necessarily mean a condo complex will be devoid of smoke: unit owners who already used tobacco prior to a smoking ban being instituted can seek to be “grandfathered,” meaning they would retain the right to continue puffing away.

Lash said in part it’s grandfathering that has lit a fire under many condo corporations to get expanded rules in place, to avoid residents using that loophole for recreational cannabis should buildings miss the Oct. 17 deadline.

Also of concern is residents cultivating marijuana plants — legislation will allow four per household for recreational users, six or more for medicinal users — because even such mini grow-ops can cause damaging moisture and mould in units.

“So we’re taking the position of no cultivation,” Lash said of drawing up rule-change documents for clients.

READ: Where to find Toronto’s most expensive condos

While condo corps in Toronto and many other cities across the country are rushing to get new rules passed by their building’s boards of directors, Vancouver and other West Coast communities have been able to take a much more mellow approach.

“It’s not really a new scenario in the sense that strata (condo) corporations across British Columbia have had no-smoking bylaws for probably five to 10 years already,” said Tony Gioventu, executive director of the Condominium Home Owners Association of BC.

“And so with respect to any type of consumption of a combustible, whether it’s tobacco, marijuana or any other substance, there’s an extensive list of strata corporations that have already started prohibiting consumption,” he said from Vancouver.

“There was so much anticipation that this was going to be a bigger issue, and it turns out in British Columbia to be not that much of an issue because we already have built into our legislation a nuisance bylaw which applies to any type of nuisance created from one strata lot or a common area into another unit.”

Gioventu said some condo corporations will make special accommodations for residents authorized to smoke medical marijuana and to propagate plants for that use within their units.

Still, that could pit a medicinal pot smoker against a neighbour who complains about contamination of their living space, conceivably triggering a human rights complaint by either party.

“It becomes a human rights Catch-22,” said Gioventu. “Who has the greater rights of the two parties?

“Sometimes both rights are met. Some circumstances require modifications to the ventilation system in the building to accommodate both parties.”

As for Major, he would consider taking his case to Ontario’s Human Rights Tribunal if rules come into force in his condo that would prohibit him from smoking or vaping cannabis, along with the oils and tinctures he takes to control his multiple symptoms.

Otherwise, he’d likely have to give up the no-stairs, no-maintenance benefits of condo living and move again to a house.

“It would put me back to what I didn’t want to be doing, which is worrying about cutting grass, shovelling snow,” said Major, who has already fallen and broken a hip due to osteoporosis.

“Or then I get my wife to do it, and it’s just one more thing that she gets to do.”