Take plant-based eating to the bank

How going vegetarian has broadened this family’s palate—and shrunk their grocery bills during COVID-19. 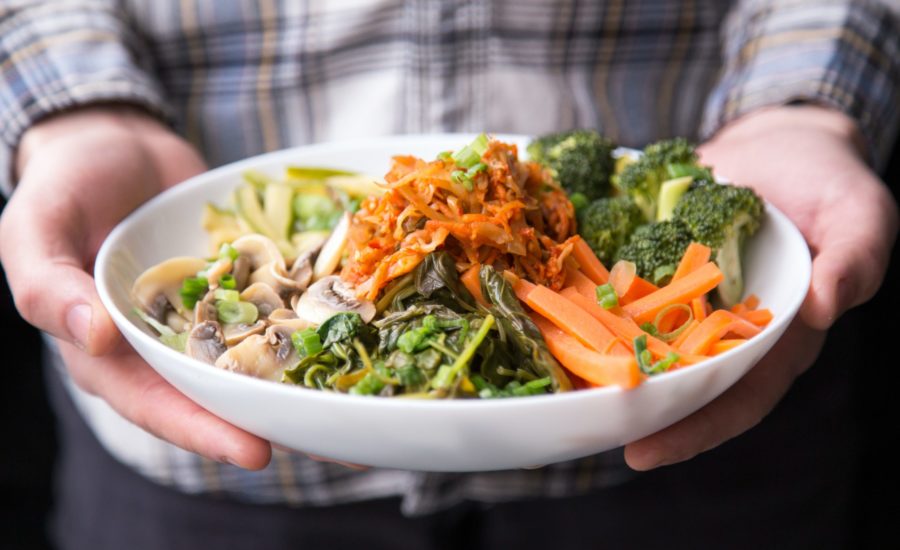 Photo by Hermes Rivera on Unsplash

Until a few months ago, my husband was a committed carnivore. He loved his bacon and steak, and that love was intense and unapologetic. As far as he was concerned, one dinner without meat was one too many. Then, we happened to watch the popular Netflix documentary Game Changers. For him, it truly was game-changing, bringing to light what his precious carne was doing to his health and the environment.

My 11-year-old did not share my husband’s affinity for meat. In fact, he seldom differentiated one animal from the next, complaining that we were having “chicken again,” when I was serving pork or beef. Of course, he had his own addictions—burgers and pepperoni pizza. Like many kids on the autism spectrum, he’s a highly selective eater with definite aversions. He rarely tries anything new and will, sometimes without rhyme or reason, reject foods he once enjoyed.

So when I suggested that we give vegetarianism a shot, I was astonished when both of the men in my life agreed. (Veganism, we all felt, was a step too far. Dairy and eggs had to stay.) Even so, I expected our New Year’s resolution to last a week, tops. But months later, we’re holding strong.

The learning curve was particularly steep for me as Head Chef in our household, since I could no longer fall back on my usual “meat and potatoes” repertoire. In half a year, my son has tried Brussels sprouts, kale chips, not-from-a-box pasta, leeks and more. He has opened both his mind and tastebuds in a way that I never could have anticipated. That’s not to say he likes everything he tries—lentils remain “disgusting”—but, overall, it’s a massive win.

There have been other wins, too. I didn’t expect that our newfound vegetarianism would last, let alone that it would be a saving grace during COVID-19. When this ugly virus reared its head several weeks ago, I found an unexpected silver lining to our plant-based diet: It’s a money-saver.

I didn’t realize just how much we were saving until I swapped a freezer full of meat for a larder full of canned beans and legumes. Home economist and food writer Mairlyn Smith believes there is “room on our plates for all foods,” and vegetarian eating doesn’t need to be an all-or-nothing proposition. Smith is a big advocate of adding pulses to recipes in order to stretch your food dollar. “Use half the beef and add lentils to your [pasta sauce]. Add chickpeas to a chicken curry. Add red lentils to a chicken soup. By slowly adding pulses to your diet, you won’t surprise your colon,” Smith says, referring to gassiness—the unwelcome side effect of pulses that routinely makes my 11-year-old giggle.

Research suggests that a staggering 50% of all food produced in this country is wasted, at a cost of $1,700 per household. Smith urges Canadians to reduce such waste by planning meals based on what you have on hand. Staples like rice, quinoa, noodles, couscous and pasta can be bought in bulk and have a generous shelf life. My family was unanimous in our dislike of tofu, which is fortunate since soy-based meat substitutes, like Beyond Meat, can be pricey—sometimes even more so than actual meat.

At a time when many of us face financial insecurity, giving up meat—or at least reducing our intake—is a fiscal no-brainer. Food shopping during COVID-19 has become fraught with anxiety. Many of us have experienced panic-buying and price-gouging in our supermarkets. Several meat-processing plants have been forced to shut down owing to the outbreak, which could lead to meat shortages and even higher prices.

The pandemic is forcing families like mine to rethink our eating habits, and that has to be a good thing.