Increasingly, retail investors are moving the markets; what does that mean for you? Meanwhile, institutional investors are selling off their high-flyers, and Tesla continues to surprise. 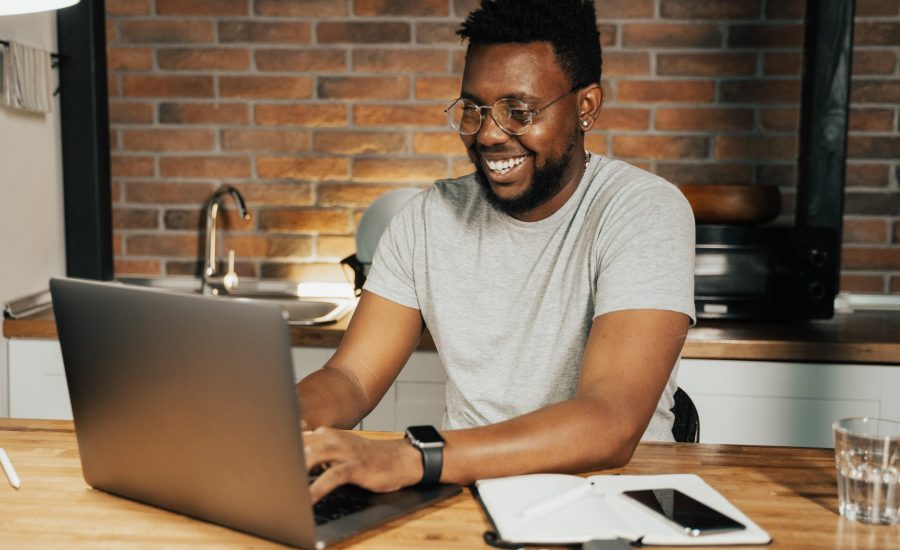 Photo by Tima Miroshnichenko from Pexels

How (much) retail investors took over the markets

It has been a common theme in the pandemic: Bored and flush with cash, retail investors and many freshly-minted newbies became a market force to be reckoned with.

Michael Batnick, the director of research at Ritholtz Wealth Management, was more than happy to see that effect framed by analysis and figures for The Irrelevant Investor blog. From that blog post…

“We’re going back to normal, but things will never be the same. This is true in life and in the market.

“One of the biggest stories of 2020 was the rise of retail investors. Between the quarantine, zero commissions, $1,200 [benefit cheques], and Dave Portnoy, it was the perfect storm for trading.

“The amount of people trading stocks has gotten so large that they now make up ~25% of overall volume, nearly as much as hedge funds and mutual funds combined!”

And given those sizeable numbers, the retail-investor army had, and has, the ability to move the markets. As a retail investor invested in mutual funds or “passive” index ETFs, you go along for the ride. You go with the flow. A passive index fund will go with the flow, even if that includes inexperienced retail investors driving many stocks and the market.

That does not add to my confidence in the markets. How could newbie traders be efficient? I’m happy to hold a collection of individual U.S. stocks that beat the U.S. market in 2020 by a very considerable degree. The stocks were mostly skimmed from the Dividend Appreciation Index ETF. That is a quality-oriented index which also demands a meaningful dividend growth history. I applied a large-cap bias (purchased in early 2015), that greatly contributed to the success.

A couple of growth picks in Apple and BlackRock also helped the cause.

“If true, this is an incredible finding. Just $65 billion in assets raised the aggregate market capitalization of U.S. stocks by ~1%. And this is only for Robinhood, which says nothing of the billions of retail dollars at Schwab and other brokers.”

That is the power of the marginal buyer.

The good news perhaps is the retail stock party might be drawing to a close as the U.S. (ahead of most of the world on vaccination levels) returns to normal. On the retail trading volume declines of recent weeks, Mr. Batnick suggests…

“You don’t need to be Sherlock Holmes to figure out what’s going on here. Many retail favorites have gotten hit pretty hard over the past few weeks, and as a result, new money stopped piling in. Considering that warm weather and an economic reopening are right around the corner, I would expect this number to come down further.”

Of course, there’s no denying that the cap weighted S&P 500 performed very well through the pandemic. It was well-positioned as the big techs dominated the index heading into the pandemic. The retail investor added another layer of enthusiasm and perhaps contributed to valuations getting stretched.

In 2021 value, mid- and small-cap are outperforming the venerable S&P 500 to a considerable degree.

And the retailers added to the volatility as we discussed with respect to the redditors of WallStreetBets that tried to take on some hedge funds.

“The rise and fall of the retail investor”

If you want to remove the concentration risks in specific stocks (often created by momentum and euphoria) you can choose an equal weight S&P 500 ETF.

Given its value tilt, that fund has outperformed the cap-weighted S&P 500 by almost 1.5% annual from inception. The fund is outperforming in 2021.

I have been a fan of that equal-weight approach for quite some time. But it needs to move through market cycles to “do its thing.” Markets can ride a momentum wave for a considerable period.

To my knowledge there is no Canadian equal weight stock market equivalent. Horizons did have a TSX 60 equal weight, but it was closed due to lack of interest.

Electric vehicle (EV) maker Tesla says it produced 180,338 vehicles in Q1 and delivered 184,800 vehicles to top the consensus expectation for 168,000. And that’s amid expectations that were moved lower over the last few weeks on concerns over supply-chain challenges.

Tesla rose to the challenge.

“Analyst Dan Ives: ‘In our opinion the 1Q delivery numbers released on Friday was a paradigm changer and shows that the pent-up demand globally for Tesla’s Model 3/Y is hitting its next stage of growth as part of a global green tidal wave underway. We now believe Tesla could exceed 850k deliveries for the year with 900k a stretch goal, despite the chip shortage and various supply chain issues lingering across the auto sector. While the EV sector and Tesla shares have been under significant pressure so far this year, we believe the tide is turning on the Street and the eye-popping delivery numbers coming out of China cannot be ignored with the trajectory on pace to represent ~40% of deliveries for Musk & Co. by 2022’.”

That said, the stock is down year-to-date after an exhausting run.

In September of 2020, we noted how the value of Tesla was greater than the combined stock market value of Volkswagen, BMW, Daimler (Chrysler), Ferrari, Honda and Ford. Yet the combined revenues and earnings and free cash flow of the tag team of traditional automakers dwarfed that of Tesla, at the time.

But Telsa has that growth, and that great story. From the time of that tweet. Tesla went on to almost double in share price. Yes, it can be more than difficult to predict the direction of growth stocks.

That trend of higher sales and lower share prices might make Tesla more attractive, but it is almost impossible to know what is fair value for a high-flying growth stock.

CEO Elon Musk says if Tesla executes well, it can sell 20 million vehicles a year by the late 2020s. At that point, Tesla would be about twice the size of where Toyota and Volkswagen are today.

With a growth stock such as Tesla, market history suggests we might plug our nose, initiate a position and add along the way. We might get to take advantage of lower prices along the route. Or not.

But at least you’d be in. If you only get higher prices, great. If lower prices arrive, that’s good too, if the long term prospects hold up.

I’m happy to own some Tesla by way of that BATT ETF.

Bank of America says institutional investors have been selling stocks as the market hits new highs. From that Markets Insider post…

“A Tuesday note from Bank of America said investors were net sellers of U.S. stocks last week, with institutional investors driving the selling even as the S&P 500 crossed the 4,000 level for the first time ever.

“According to BofA, investors have been selling individual stocks while buying ETFs. Last week BofA tallied up $400 million in net outflows from U.S. stocks, the note said.”

“Bank of America’s Bull & Bear Indicator…remains solidly below the level that would generate a sell signal for the stock market. Additionally, the CNN Fear & Greed Index, designed to measure investors’ emotion, recently moved out of ‘neutral’ and into ‘greed’ but remains below ‘extreme greed’.”

Investors in some of these high-flyer stocks might take their cue from institutional fund managers. They are trimming stocks that have hit target prices. They might be moving funds to less volatile sectors or even risk-off assets. On the equity front, monies are rotating to financials, value, small cap, with energy ETFs setting an inflow record. Of course, we mentioned the great potential for Canadian energy producers in late October of 2020.

It’s called rebalancing, of course, and that is practised when we hold individual stocks as well. But rebalancing is not necessarily the greatest strength of the retail investor. We might face FOMO—fear of missing out on higher prices.

I’ve recently trimmed some of our U.S high-flyers and I’ve also set new sell targets. It’s just a normal part of rebalancing. My wife and I are in the retirement risk zone, within 10 years of retirement. If you are early in the accumulation stage, you might have the ability to ignore and embrace the volatility, if you also have a high risk tolerance tolerance.

And there will be no missing out on higher prices if they are attained. We still hold positions in those stocks. The higher prices will simply mean more profits that are (for our situation) moved to risk-off assets such as bonds and gold, other commodities and cash.

I will rinse and repeat.

When markets are flying, we cannot get too greedy.

Jamie Dimon says this boom could run into 2023

Jamie Dimon is a wonderful resource to listen to on the topics of the day and the future. He is one of the most successful leaders from the financial industry. He is a titan of Wall Street.

“‘I have little doubt that with excess savings, new stimulus savings, huge deficit spending, more QE, a new potential infrastructure bill, a successful vaccine and euphoria around the end of the pandemic, the U.S. economy will likely boom,’ the JPMorgan Chase & Co. chief executive officer said Wednesday in his annual letter to shareholders. ‘This boom could easily run into 2023’.”

There is a good video link in there as well.

My rebalancing strategy would just love it if Mr. Dimon turns out to be correct. I would be tickled pink (er, make that green) if I could harvest stock gains for another year or two.

“Dimon also pointed to U.S. consumers, who used stimulus checks to reduce debt to the lowest level in 40 years and stashed them in savings, giving them— like corporations—an ‘extraordinary’ amount of spending power once lockdowns end. The latest round of quantitative easing measures will have created more than $3 trillion in deposits at U.S. banks, a portion of which can be lent out, he said.

“It could all add up to a Goldilocks moment, according to Dimon.”

Of course, as we’ve noted in this space on numerous occasions, the wild card is the virus and those unpredictable variants of concern. We have also discussed those concerns about inflation and higher rates.

And here’s a word of caution for bank-stock-loving Canadian investors:

“Jamie Dimon, who built the biggest and most profitable U.S. bank in history, is warning shareholders his industry’s disruption by technology is finally at hand. Shadow lenders are gaining ground. Traditional banks are being consigned to a shrinking role in the financial system.

While Canadian banks are unique given wide moats and oligopoly status, anything can be disrupted. Given that, while I love my big bank stocks, I will continue to sleep with one eye open 😉

I will let you know if I spot any intruders.