Making sense of the markets this week: February 13

Summary of the earnings season halftime report, and inflation is up and away. Plus, my take on building a more “recession-proof” portfolio. 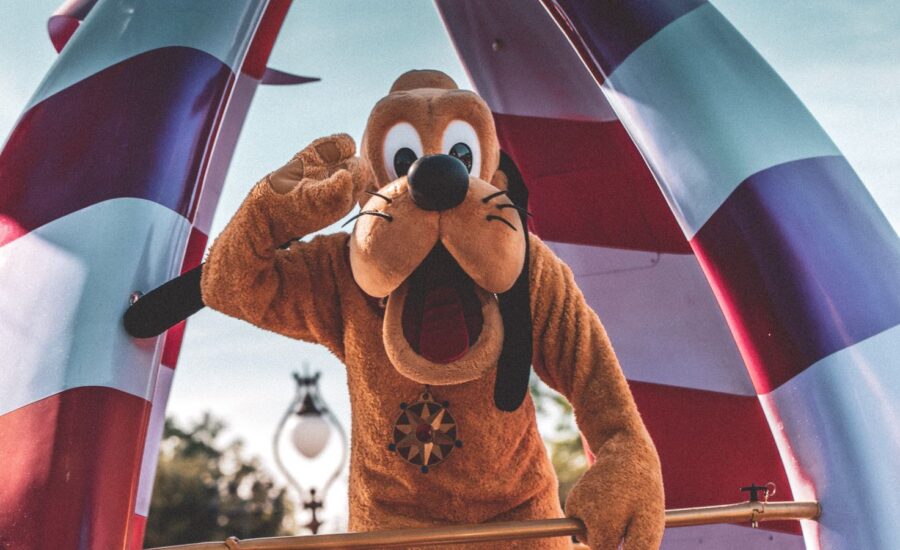 Photo by Craig Adderley from Pexels

Last year’s Q4 financial reporting seems to be the most “normal” earnings season we’ve had in the past two years, with companies beating earnings expectations by amounts similar to long-run averages. Corporate profitability remains strong. Here is the latest report card for Q4 results-to-date, courtesy of DataTrek:

First, Disney (DIS) is bringing some of the magic back. Disney was up more than 8% after reporting on Wednesday February 8. Grit Capital provided me with this commentary via email:

Disney+ adds 9.2 million subscribers, that is greater than analyst estimates.

• Sports will be important in streaming

• Disney is testing live sports on their streaming service

U.S. Park revenues are recovering, now just 3% below the all-time record set in 2019.

On the conference call Disney said:

• Even though the lowest-price ticket for its parks has not increased in three years,1/3 to 50% of Park goers upgraded to higher ticket packages

New higher-priced tiers include its apps and services, including Disney Genie, Disney Genie+ and Lightning Lane

• Historically 18-22% of US guests are international, which have not come back yet

I have suggested in many of my columns that Disney would be a wonderful grand economic reopening stock. It’s such a fabulous company and brand. It might have room to run. A major risk is the pandemic of course. It’s the wildcard as are any future variants.

Canadian investors can look to the Harvest Travel and Leisure ETF (TRVL) if they want broad exposure to the “let’s go and play” stocks and sectors. It holds hotels, casinos, cruise lines and airlines. Is it set to take off? You might also consider the parks such as Disney and Six Flags (SIX).

If your portfolio is tired of COVID-19, I’ve found some some fun options you can add.

Toromont (TIH) delivered strong earnings. This company has a 31-year dividend growth streak. Toromont raised the dividend by 11%. The stock is not cheap, though, by any means.

Telus (T) may be considered a “boring” telco with a very nice entrepreneurial growth kicker, but it beat on earnings and revenue. It increased year-over-year revenues by 20%.

Enbridge (ENB) delivered another very solid quarter. Many hold this pipeline stock for its big, juicy dividend. Plus, oil and gas companies continue to be free cash-flow gushers.

While U.S. stocks are still struggling in 2022, Canadian stocks are getting close to their all-time high set in November 2021.

I am (happily) long on Telus and Enbridge.

Inflation in the U.S: Up, up and away

We had a very important inflation reading in the U.S. on Thursday. It will be the inflation numbers that drive the actions of the Fed, and in turn that will move the stock and bond markets. From CNBC, inflation surges to 7.5% on an annual basis, even more than expected and the highest since 1982.

It was the biggest inflation reading since February 1982. Ironically, one of the top songs at that time was “I Can’t Go For That (No Can Do)” by Daryl Hall & John Oates. And the markets said “no can do” after the release of the February 2022 inflation reading.

We saw elevated prices across many different types of products and services. Big bursts of higher prices were seen in some categories such as energy, food and housing. CNBC reports on this:

“With another surprise jump in inflation in January, markets continue to be concerned about an aggressive Fed,” said Barry Gilbert, asset allocation strategist at LPL Financial. “While things may start getting better from here, market anxiety about potential Fed overtightening won’t go away until there are clear signs inflation is coming under control.”

And corporate America can’t stop talking about inflation either. In fact, words like “supply chains, “logistics” and “inflation” appeared on 71% of Q4 earnings calls, up from 39.2% from the prior year.

Inflation has certainly turned out to be transitory for longer.

“While we still expect more favorable base effects and a partial easing of supply shortages to push core inflation lower this year, this suggests it will remain well above the Fed’s target for some time,” he added.

Some market makers are betting that the Fed will raise rates by 50 basis points in March 2022 to try and quickly help stem inflation. If that is the course of action it will be the first half-point rate hike by the Fed since 2000.

I am seeing the positive effect of our inflation hedge in our portfolios (for me and my wife). We hold the Purpose Real Assets ETF (PRA), energy stock ETFs (XEG and NNRG), materials (XMA), and financials in Canada. For U.S. accounts we have the Invesco commodities tracking ETF (PDC) and the VanEck green metals (GMET). We also have various gold assets (ETFs).

And of course, I have that digital gold known as bitcoin in my portfolio.

Keep in mind that if inflation (and inflation fears) weaken, these assets could underperform. I will leave it to you as to whether or not you want to hedge inflation.

Many reports suggest that inflation will start to move down on its own, and with the help of a rising rate environment, but I’m not comfortable taking that chance.

While we tend to think of bonds as shock absorbers inside a portfolio, buying certain types of defensive and more “recession-proof” stocks and sectors can also help. They can help do the job of bonds. We can shape the portfolio risk level by way of stock selection.

This is from the Seeking Alpha article, “5 stocks to buy for a bear market”.

“Since December 31, 1994, global equity markets experienced four bear markets when the S&P Global BMI TR declined 20% or more. The chart below shows that the most resistant sectors, consumer staples, health care, and utilities did not experience the drawdown.”

I’ve been more than happy to add to my healthcare stocks with the likes of CVS Health (CVS), Johnson & Johnson (JNJ), Abbott Labs (ABT) and Medtronic (MDT). Retailer Walmart (WMT) is known as a recession-friendly or recession-proof stock. In recessions, consumers flock to low-cost retailers. Walmart is the king of low cost. I’m happy to stock up on Walmart.

Like many Canadians I have significant exposure to defensive stocks in the pipelines and telecom sector.

As a semi-retree I am comfortable with a more conserative portfolio.

A look at the drawdown to date

Thanks to Liz Sonders, Chief Investment Strategist at Charles Schwab, here’s a table that details the U.S. stock market(s) drawdowns to date:

The table shows the percentage of index constituents with drawdowns at 10%, 20% and 50% levels, plus those with a positive return year to date. So many stocks have been hit hard.

Earnings season has been strong, but that’s not enough to lift U.S. stocks into the positive for the year. Here is the year-to-date chart for the S&P 500.

Meanwhile in Canada, the big dividends are rockin’.

There might be a grand opportunity for Canadian investors to fix any Canadian home country bias, and move monies to U.S. stocks and potentially U.S. growth stocks.

On my site I asked: “When will U.S. stocks offer reasonable value?”

When should Canadians rebalance? Most would say when your allocation moves beyond 5% of your target, or simply rebalance it once a year. I will wait until I see reasonable long-term value in U.S. growth stocks.