You can now use bitcoin to buy a Tesla, Canopy stock surges (temporarily) on earnings, why younger investors are shunning financial advisors, and more. 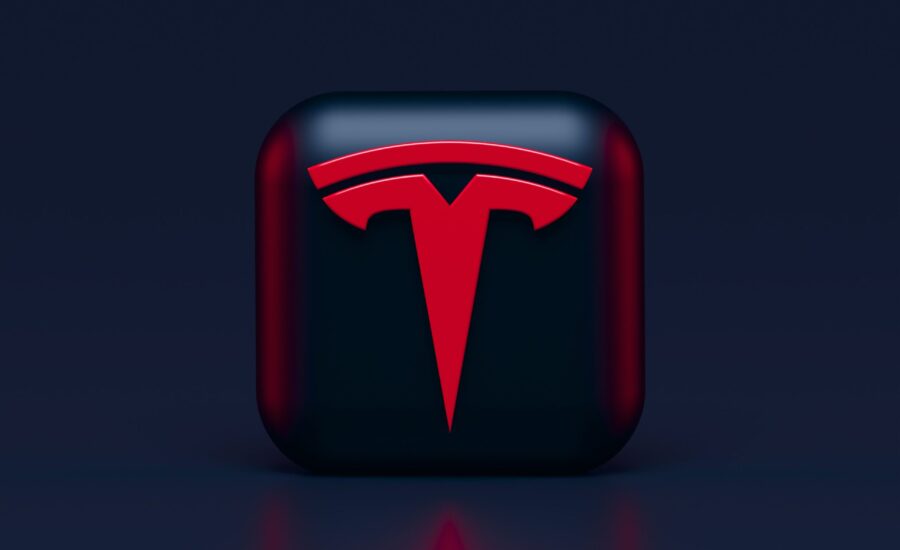 Photo by Alexander Shatov on Unsplash

Elon Musk sends bitcoin to the moon—or is that Mars?

Elon Musk the (never know what’s he’s going to do or say next) CEO of electric vehicle maker Tesla (TSLA) announced that Tesla has invested US$1.5 billion in bitcoin. Tesla will also accept bitcoin for payment of vehicles. That, of course, will provide another bitcoin revenue stream and may accelerate Tesla’s bitcoin accumulation even further.

(Musk is also the CEO of SpaceX, so maybe one day you’ll be able to pay for your trip to Mars with bitcoin.)

The Tesla move is a giant leap for bitcoin’s journey into the mainstream, as an accepted currency, or at least an allowed method of payment in many situations. Personally, I am also of the mind that bitcoin will continue the march toward becoming an accepted and widely-used portfolio asset.

And, full disclosure, I have 5% bitcoin allocation by way of the 3iQ funds. Naturally, I am excited to see that theme of acceptance play out, and to see more major backers “come on board.”

“Bitcoin’s price shot up more than 14% after Tesla’s disclosure to a new all-time high of $44,801, based on CoinDesk’s Bitcoin Price Index. The jump pushed bitcoin’s year-to-date return to about 50%, versus 3.9% for the Standard & Poor’s Index of large U.S. stocks. Bitcoin gets a quick moonshot. Is Mars next? Elon Musk shows once again how he can move markets. That said, this is another giant leap for bitcoin kind.”

On Tuesday, Feb. 9, the price of bitcoin appeared to flirt with the $50,000 threshold as it reached almost $48,000. On Friday morning, as I write this, bitcoin is trading in the $46,800 area. By the time this is posted, who knows where the price may be? It is an extremely volatile asset, to say the least. Investors should be keenly aware of that reality.

All said, the apparent endorsement of Elon Musk and Tesla is a significant notch in the bitcoin belt. Has this opened the door for other major corporations? Rumours and speculation are flying. The prospect that Apple or Oracle would embrace bitcoin has been put on the table. In fact, RBC Capital Markets suggested that Apple should create a crypto exchange and buy bitcoin.

As an Apple shareholder, I’m down with that—a match made in bitcoin heaven.

And, in late-breaking news, Canada has broken the bitcoin ETF barrier with the approval of the very first bitcoin ETF from Purpose Investments. The ETF will go live on Feb. 18.

This is another massive development.

Seven predictions for a post-pandemic world

Here is a very good post from Marker Medium on predictions for what life might be like when we reach the other side of the pandemic. A highlight: “Expect cryptocurrency booms, intrusive biometric tracking, and the mainstream embrace of universal basic income.”

One of the themes I’ve been repeating is that fears of inflation will drive commodities and crypto. The post also suggests that stock markets will continue to roar. And while the risks are many, that possibility seems quite likely as pent-up pandemic savings are unleashed. That may fuel continued stock market enthusiasm and gains.

The author of the post, Emma Rose Bienvenu, suggests that while Amazon will continue to rule e-commerce, everyone one else will fight for the scraps. Bienvenu offers that Canadian tech darling Shopify, which enables smaller retailers, may thrive. On my site, I looked at how the e-commerce platform provider helped Great Lakes Brewery pivot in the pandemic.

“Independent sellers will never match Amazon’s economies of scale and scope, but they can outperform it with consumers who want to shop in their community, support brands whose values they share, or embrace compelling and highly differentiated brands. For users to find those merchants, however, they need a searchable platform, which Shopify is ideally positioned to provide by expanding its Shop app into something that looks more like a local marketplace.”

We recently experienced the K-shaped economic recovery, where the more affluent moved up the economic ladder during the pandemic, while the less advantaged were sent on the escalator down. Those growing inequalities will certainly need to be addressed by policy and politicians.

The economic scarring will be considerable.

Canopy soars on earnings and expectations

Shares were up over 11% on Tuesday after the earnings release. The company is still not showing a profit, however.

I’ve long suggested that the cannabis sector is still a speculative play until profits arrive. There is incredible potential, but investing is built around real profits IMHO. That does not preclude Canopy and other cannabis producers from being very good speculative investments; I’ll leave that judgment up to you.

Here’s the annual revenue growth trend and estimates for 2020. The chart is courtesy of Seeking Alpha.

But again, we might always keep in mind the fundamental difference between speculation, and trading and investing.

And to add to the smokey haze over the sector, Redditors moved in to target many cannabis stocks, including Canopy Growth. Many of the stocks were driven higher into Wednesday, only to fall and give up those gains on Thursday.

It’s a different investment world in 2021 when we have to keep an eye on the online investment platforms that may drive stocks to new (and often artificial) levels. If I see the Redditors targeting one of my stocks, I will not sell out, but I will trim any spectacular gains that might be short-lived. I’ll then wait until they leave to top up that same position.

Cannabis is still a very nascent industry. And investors don’t have to feel that they need to be first in. There might still be lots of money to be made after those profits arrive.

You might also decide to initiate and then build a position over time. Horizons offers the Marijuana Life Sciences Index ETF for those who want more broad exposure.

This is a common theme and reality. Younger investors are taking matters into their own hands and managing their own investments. They must be listening to that Questrade commercial where the younger brother turns to the older brother and taunts…

“You’re not still investing with Mom and Dad’s guy are you?”

The older brother gulps in embarrassment and despair. I guess he is still with Mom and Dad’s guy, poor sap.

Perhaps many or most in the younger generations are taking a pass on “old school” investing. In fact, business accelerated greatly at Questrade in 2020: They added 200,000 clients, more than three times the number added in 2019.

According to a recent Leger survey, 22% of Canadians suggested they will be switching to an online investment platform in 2021, and that was almost twice as likely for those under the age of 35. Meanwhile, 41% of those under age 35 said they will move to an online platform. They are accustomed to doing everything online; they will take care of their investments online as well.

In the U.S., we saw the incredible expansion of the Robinhood trading app.

All said, there can be incredible risks and dangers when less experienced investors move to trading platforms and become seduced by quick gains and fast-moving stocks. They might even get sucked into trends or mania, such as the recent Redditors take on Wall Street movement.

It is my opinion that many of those Redditors will be on the losing end when all is said and done. The professional traders and hedge funds will take their lunch money, and more.

It is my hope that younger investors will turn more to investing over trading. It can be more of a challenge to build a properly diversified portfolio by way of individual stocks, but it’s not an impossible task. “Don’t underestimate these millennial investors,” says Stephen Graham, the COO of Questrade. “They are a very smart and engaged group that is more than hungry to learn. They are used to using the internet to do extensive research to figure things out and we provide them education resources, excellent research tools and customer support to help them succeed”.

In a phone conversation Graham offered that certainly some clients are trading, but many are in the various stages of building a longer-term portfolio. Mistakes may be made, but that is all part of the investment process. I know that’s how I did much of my learning.

I will always remind investors (young and old) that investment success takes time and consistency, and good investor behaviour. There is no get-rich-quick scheme. Building wealth is largely slow and boring.

And to build that wealth, they may not need an advisor when they are mostly trying to fill their RRSP and TFSA accounts. I applaud their decision on that front. They need sensible and well-diversified portfolios that are offered or created in a low-fee manner. There are so many easy ETF options on that front, as well.

When the time is right, investors might consider a fee-only planner that is not paid by or from the investments, providing conflict-free advice.

And in the end, thanks to quickly-evolving technology, it’s also possible that this younger group of investors might figure out that financial planning stuff as well.

And, last but not least, a quick look at the regulator and guidance for Canadian financials. As we discussed previously, the Canadian banks and insurance companies are forced to hold their dividends until further notice. They are also not allowed to buy back shares. This is to manage the risks from economic weakness and unknowns created by the pandemic.

The banks and insurance companies are regulated by OFSI—Office of the Superintendent of Financial Institutions. While the financials are not allowed to increase their ordinary dividends, they can apply to pay a special dividend.

Intact Insurance recently reported very strong numbers and they stated that they will apply for and intend to pay a special dividend in 2021. OFSI will have the last say on that, of course.

It’s quite possible that should the economy continue to stabilize and eventually grow into 2021, the big Canadian banks might apply to pay those special dividends.

In the financial crisis of 2008–2010, the Canadian banks were forced to hold their dividends. You can see from this link that RBC held their quarterly dividend at $0.50 for 14 quarters. They then moved back to delivering generous dividend increases.

Yield-hungry bank investors may get an unexpected raise in 2021. 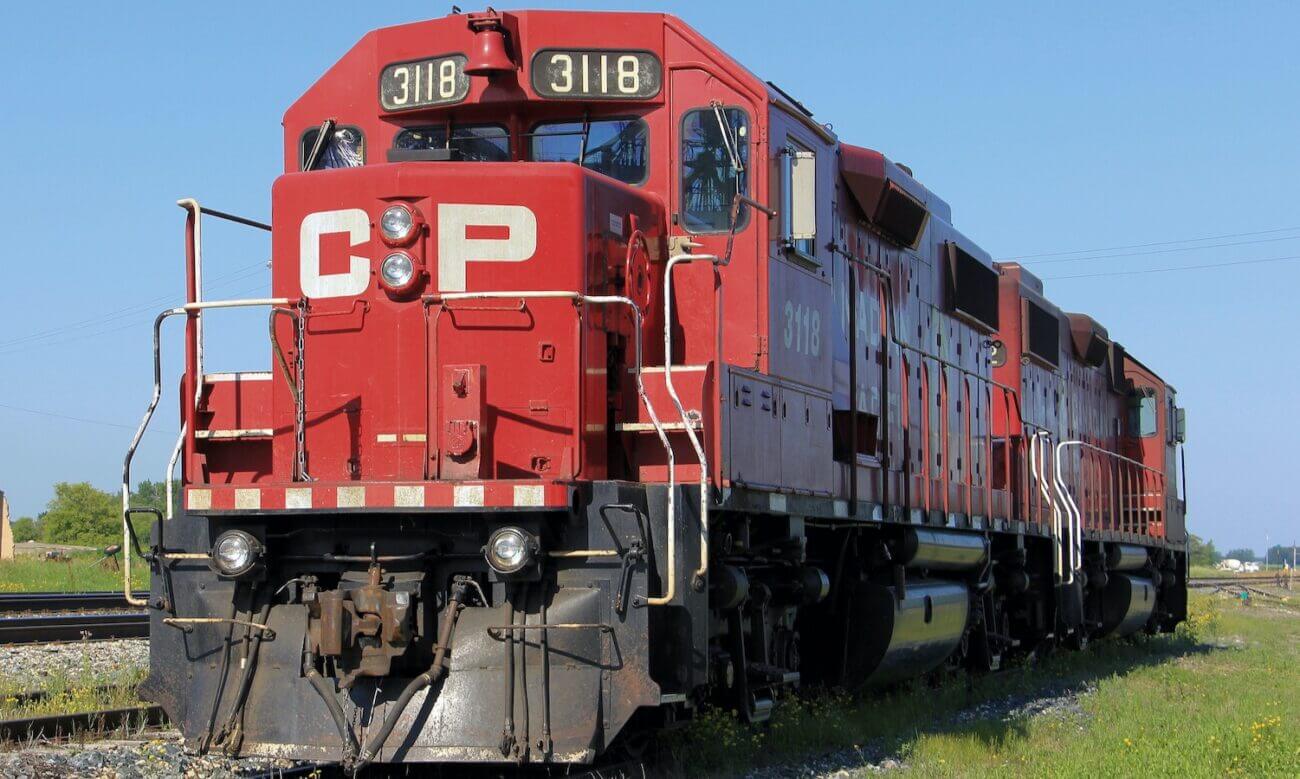