A look inside RBC’s extensive new report on investing in Canadian banks; why investors are suing cannabis companies; and our nation’s soon-to-surpass $1-trillion debt. 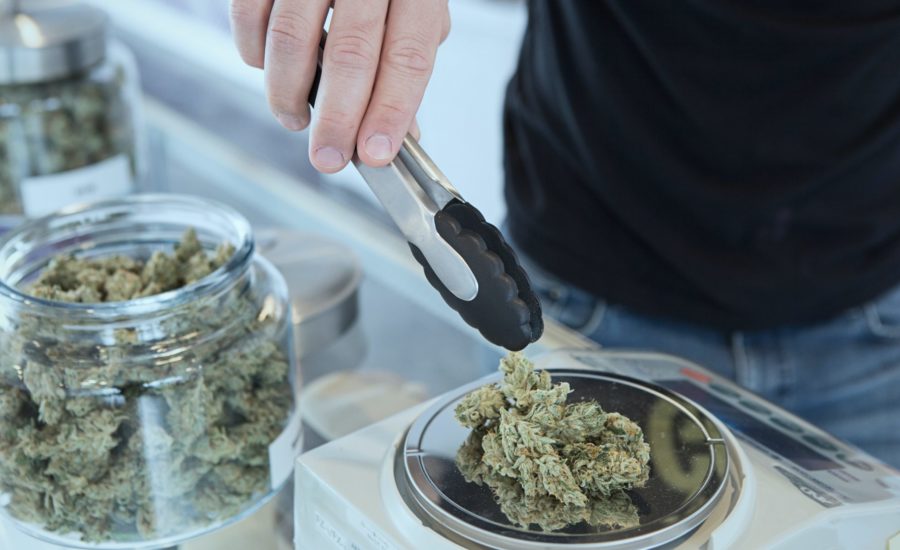 This is the first installment of a new column. Each week, Cut the Crap Investing founder Dale Roberts shares financial headlines and offers context for Canadian investors.

FP Canada, a national organization that seeks to hold financial planners accountable to investors, released its 2020 Financial Stress Index. The report found that as Canadians age, they feel less stressed about money—with 44% of 18- to 34-year-olds listing money as their leading concern, compared to 25% of those aged 65 and older.

The survey asked Canadians about life pressures due to personal finance issues.

Not surprisingly, respondents ID’d money as the number one source of stress (or, to be more specific, one might assume not having enough money in this time of crisis).

Canadian banks are a favourite of Canadian investors, and especially those seeking the generous and growing dividends banks usually offer. And Canada’s top banks represent 19% of the TSX Composite. Bank stocks have historically been a big deal. But are they still a buy?

Some of RBC’s top brains created a timely report on the big Canadian banks. It is certainly an in-depth review (not released to the public), and helpful for those seeking to answer that question for themselves. Here are some highlights and points of interest:

The big banks are more diversified and less exposed to traditional credit risk compared to 25 years ago.

Since 1957, Canadian bank returns were positive in about 73% of the years and have outperformed the TSX index in approximately 67% of the years.

Most of the banks’ outperformance versus the index comes in September, October and November.

Dividend payout ratios have been in the range of 40% to 50% of earnings in recent “normal” years. Dividend growth was very strong from 2000 to 2007, with a growth rate of 15% per year on average, but dividend increases were rare from 2008 to 2010. All of the eight publicly traded banks resumed dividend increases at the end of the 2008–2009 recession. In March 2020, OSFI announced dividend increases and share buybacks to be halted for Canadian banks for the time being.

Which begs the question: are the banks’ beloved dividends safe?

The RBC report’s authors see payout ratios rising to the range of 49% to 68%, noting that, “Overall, we believe the large Canadian banks’ dividend sustainability is high.” They expect no dividend growth, even in 2021. That said, there is sense that the dividends will be maintained through the crisis. It suggests that banks would raise equity instead of cutting their dividends.

TD and BMO have higher vulnerability on loans due to COVID, followed by Scotiabank. RBC and CIBC have held up the best in the recent decline.

Canadian banks have underperformed the market since February of 2020. But we know the long term history of the outperformance of the big banks vs. “the market.” Could be an opportunity?

Spending is going through the roof as government revenues hit the dirt. This puts Canada in a challenging fiscal situation reminiscent of the 1990s.

This week the Canadian government released a fiscal update that included deficit and debt projections. The headline numbers? The national debt will surpass $1 trillion. The deficit for 2020/2021 is estimated at $343 billion.

The headline from our national broadcaster, CBC: “Ottawa to post $343B deficit as spending hits levels not seen since Second World War.”

The deficit is primarily the result of a $71.1-billion decline in tax revenues, combined with $227.9-billion in direct spending and tax measures in response to COVID-19. Of course aggressive action was needed.

Finance Minister Bill Morneau said the unprecedented deficit this year was necessary. A failure to act would have added a further two points to the unemployment rate and led to a GDP decline of 10%.

The risk is that credit downgrades lead to higher debt servicing costs. Fitch had already downgraded Canada’s triple-A credit rating to double-A-plus last month over deficit concerns (although other major agencies have not immediately followed suit…yet).

Of course higher taxes must be on the way, eventually. We’ll have to wait and see if it the increases will be collected through income and payroll taxes, sin and consumption taxes (HST), capital gains and estate taxes, corporate taxes or all of the above.

This all could have an effect on your investment strategy and greater personal financial plan as well.

With the prolific money creation around the world by central banks, gold is surging. The price of gold recently eclipsed $1,800, its highest price since 2011.

And certainly the stress on the national balance sheet and likely higher tax rates create headwinds for the consumer and the economy. Also, we’re not finished yet with the COVID-19 pandemic.

Let’s hope for a fast-as-possible economic recovery. RBC reported that consumer spending in June 2020 appeared to reach levels of a year ago—June of 2019—based on the bank’s tracking client spending by way of credit and debit card purchases. That’s one good signal, and hopefully a sign of more good things to come.

Canadian investors are getting in on the act—or, make that class action against cannabis companies. And we’ve seen this before in the sector on both sides of the border.

Here are examples of a few class action claims filed since December 2018. Companies have denied the allegations.

And now consumers are suing for mislabelling. They’re not getting the level of buzz that was promised. In one claim: “The testing showed the cannabis oil had just 46% of the advertised Tetrahydrocannabinol (THC) content, the claim states, though a second product sample from the same lot came in at 79%.”

Will this be destined for the higher courts?

Many of these companies and investors may continue to face these ongoing legal bills and challenges. And of course there is also the damage to the reputation of the legalized sector. That could be an investor buzzkill.

Companies that are named include Tilray, Aurora Cannabis, Aleafia Health and Hexo.

This continues to be a highly speculative investment. It is the classic mix of greater risk with the potential of higher rewards.

But you’d think that, eventually, selling marijuana should be profitable?