How the top 10 stocks "absolutely annihilated the S&P 500," the Dow reaches a new high, the energy sector gets a boost, and more. 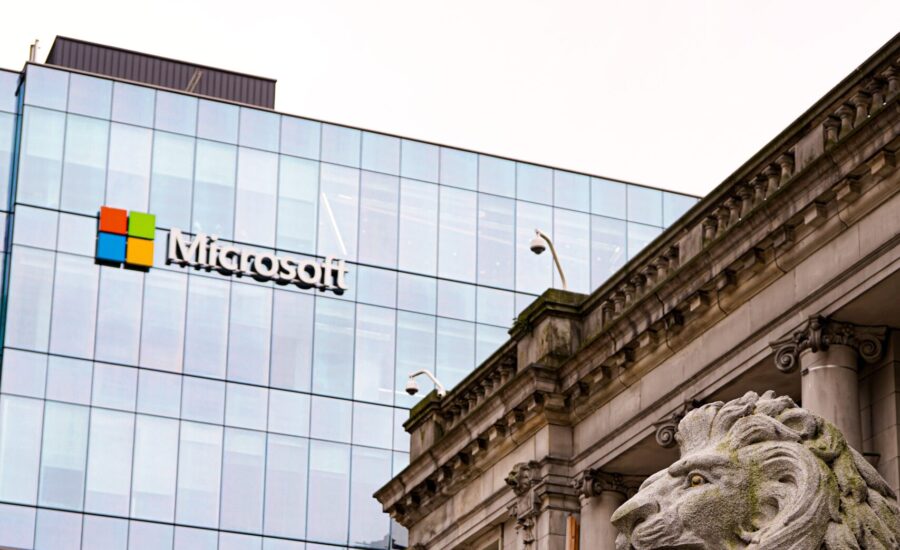 Photo by Mohammad Rezaie on Unsplash

The 10 biggest stocks won big over the last 10 years

This decade belonged to the winners, says Michael Batnick on The Irrelevant Investor. From that post…

“…if you owned a portfolio of the 10 largest stocks and did a rebalance every January, you absolutely annihilated the S&P 500.”

And what is also interesting is that the only stocks that would have stayed in the portfolio from 2010 through the end of the decade were Apple, Microsoft, Google and Warren Buffett’s Berkshire Hathaway.

You might think of this as a form of cap weighting (when the largest stocks hold the greatest weight in the portfolio) on steroids. The portfolio strategy is ruthless. If a company is one of the top 10 most valuable publicly traded companies in the U.S., but if it slips to number 11—out you go.

And if you look at the table in that post, which lists the top 10 stocks for each year, you’ll see that when a company is booted out of the top 10, that company usually goes on to enter a period of extended weakness. You’ll see Chevron, GE, IBM, and Procter & Gamble were given the boot in the earlier part of the decade. When I run those four companies as an equal-weight (25% each) portfolio for the same 10-year period, the return is a measly 60%, or just 4.5% per year.

Keep in mind that this strategy may not always work. As a momentum strategy, perhaps it works until it doesn’t. Let’s not forget the lost decade when U.S. stocks delivered nothing in real terms, for a decade, from the early 2000s.

I am still a fan of the largest cap approach. It’s what I employ for U.S. stocks in my own portfolio, and my wife’s. In early 2015, I skimmed 15 of the largest-cap U.S. dividend achievers. Previous to 2015, we also held stock picks that you’ll find on that top 10 list: Apple and Berkshire Hathaway. I also hold BlackRock. We have a very solid beat of the U.S. market.

As always, past performance does not guarantee future returns.

With the transition officially underway, the markets gave their approval. In fact, the Dow set a record, cracking 30,000 for the first time. (You may recall the stock market predicted this result: that Democratic nominee Joseph Biden would win the U.S. Presidential election.)

And while there was some uncertainty as President Donald Trump and the Republicans challenged election results in many states, the markets have held steady. They were not spooked; rather, they appeared to predict an eventual and “event-free” transfer of office.

“The Dow Jones Industrial Average topped 30,000 for the first time and investors piled into risk assets as a series of market-friendly developments unleashed animal spirits on Wall Street.

“The S&P 500 Index hit a record, spurred by the formal start of President-elect Joe Biden’s transition, news that all but removed the threat of a contested transfer of power. Investors also woke up with a clear sense of what Biden’s Treasury Department will have in policy preferences after he nominated Janet Yellen to the post. A third promising vaccine candidate added to the euphoria, boosting bets that the economy can soar next year.”

Yes, there was another successful announcement this past Monday—and the first day of the week is now known as “vaccine Monday.”

Janus Henderson does a lot of wonderful research in the North American and Global dividend space. They recently provided an update on Global dividend payments and trends, estimating that…

It will be the largest dividend decline since 2009, in the wake of the global financial crisis. In the third quarter global dividends fell $55 billion to $329.8 billion. That was an 11.4% decline, which followed a 18% plunge in the second quarter ending June 30.

One-third of companies cut or cancelled dividends. We are now seeing many of those companies restore those dividends or get back on the dividend growth track.

The video link in the above post offers that only three countries were able to increase their dividend payments in the third quarter. Those countries are China, Hong Kong and Canada. The UK and Australia led the laggards on dividend declines.

As to Canada’s success, I would put it down to our unique situation where many of the big Canadian dividend payers are in oligopoly (wide moat), or moat sectors.

Yes, I like to jinx myself continually with that brag of a perfect dividend record in 2020.

The U.S. energy sector is up 30% in November, thanks to the promise of successful vaccines and the prospect of more widespread North American and global economic growth. Thanks to Liz Sonders, chief investment strategist of Charles Schwab & Co. for this tweet:

The Canadian energy index is up some 22% in November. Of course, that is good news for Canadian investors who hold Canadian funds and ETFs and portfolios of individual stocks that include those energy names.

Energy still makes up 11.75% of the Canadian Composite Index. Here are the sector weightings by percentage.

While most Canadians are fans of a move to green energy over time, the traditional oil and gas sectors still play an important role in our economy. We would benefit greatly from a recovery in the energy sector: oil and gas is still our number one export.

Variety is the spice of portfolios

Here’s a wonderful infographic from Visual Capitalist. (You can use the subscribe button on that page to get these infographics sent to your email inbox.)

In Visual Capitalist’s look at asset classes by year, we see the spirit of teamwork. In some years, large-cap stocks rule. Then bonds will rule the next year, then it’s gold’s turn. In 2000 and 2001, when U.S. stocks tanked, REITs (real estate investment trusts) were the top-performing assets. Bonds also “did their thing” when U.S. stocks were tanking. Gold topped the list in 2002 as stocks continued their slide.

From that Visual Capitalist link…

“Upon reviewing the historical returns by asset class, there’s no particular investment that has consistently outperformed. Rankings have changed over time depending on a number of economic variables.

“However, having a variety of asset classes can ensure you are best positioned to take advantage of tailwinds in any particular year. For instance, bonds have a low correlation with stocks and can cushion against losses during market downturns.

“If your mirror could talk, it would tell you there’s no one asset class to rule them all—but a mix of asset classes may be your best chance at success.”

The key is to rebalance as assets move in opposite directions. Gold recently hit a four-month low, which may be an opportunity to rebalance from high flying stocks. Bonds are also down over the last few months. If you manage your own portfolio, you may trim those stocks and move the proceeds (profits) to those gold and bond assets. That will keep our portfolio risk level in check.

If you have a managed portfolio by way of a Canadian robo-advisor or the one-ticket asset allocation ETF portfolios, the rebalancing will be executed for you.

Dale Roberts is a proponent of low-fee investing who blogs at cutthecrapinvesting.com. On Twitter @67Dodge.