Amazon's expansion continues, BP predicts oil consumption will plummet 50% by 2050, investors sue their advisor for bad counsel, and there are nearly as many zombie companies now as in the year 2000. 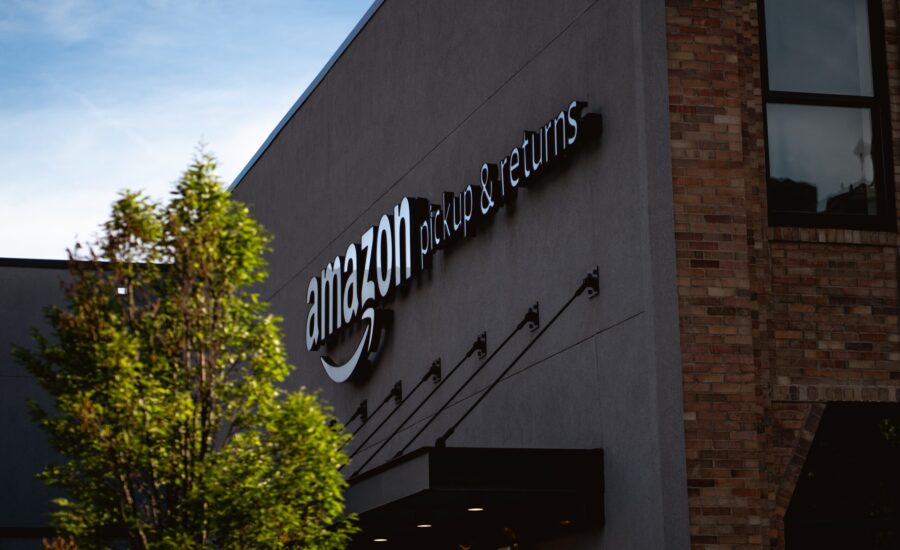 Photo by Bryan Angelo on Unsplash

Perhaps we’ll all work for Amazon one day

One of the economic casualties of COVID-19 has been the mall while, at the same time, online shopping went through the Amazon warehouse roof. So his tweet more than caught my eye. Is the phrase “It’s more likely that dead malls will be bulldozed” a prognostication or an exaggeration?

Perhaps the bulldozing of malls is not such a ridiculous notion. As noted in a Seeking Alpha post, Amazon “already had to hire 175,000 people earlier this year to keep up with the rush of orders, and last week said it had 33,000 corporate and tech jobs it needed to fill.”

One could argue that no company was better-positioned for the pandemic than Amazon. Now the corporation is hiring another 100,000 workers in North America, and plans to open 1,000 small delivery hubs in cities and suburbs all over the U.S.

It stands to reason that if consumers are shopping online more often, they’re not hitting the malls. And if the retail stores are not making enough money, they won’t be able to pay their rent. That’s not good news for mall landlords.

Of course, many Canadian investors have exposure to our malls north of the border by way of Real Estate Investment Trusts (REITs), with the option to invest in an ETF that concentrates in retail. To avoid the mall space, you can choose a REIT that largely avoids it. You can also avoid any guesswork and buy sector ETFs, such as iShares XRE or Vanguard’s VRE or BMO’s ZRE.

Here’s the sector breakdown for the BMO ZRE ETF:

I see these types of headlines all too often. This week, Clare O’Hara, wealth management reporter for The Globe and Mail, outlined a class action lawsuit against a BMO advisor and BMO Nesbitt Burns. The case alleges that from 12 families, 27 investors each lost between $600,000 and $16 million as a result of their advisors executing on some very risky investment strategies.

The multi-plaintiff suit suggests that the clients all had low risk tolerance levels. Yet, clients were placed in a risky pair trade that involved short-selling bonds and taking long positions in preferred shares.

On my blog and on social media, I hear from too many investors who’ve been treated poorly. That’s not to suggest most advisors are “bad”—we’re talking bad apples here. But those bad apples overflow the basket at times.

I email with Ken Kivenko on a regular basis. He’s a tireless investor advocate at Kenmar, a consulting firm that assists investors who’ve been wronged. Ken also operates Canadian Fund Watch. It’s a full time endeavour for Ken to keep up with the investor abuse and mistreatment. Too much of this crap also goes on by way of the mutual fund sales force. Ken commented in an email to me:

“Canadian investors are being exploited. Many advisors are compensated by sales commissions and must meet demanding sales quotas. The suitability standard is a low standard allowing expensive, unsuitable products to be sold. Sometimes, of course, there is fraudulent activity such as forging client signatures or using blank signed forms. When clients complain, they are treated poorly, lucky to get cents on the dollar in compensation. Major reforms are needed. This is more than a regulatory issue, it is a socio-economic issue.”

Perhaps that’s why advice-only planning is picking up steam. In MoneySense this week Jason Heath answered the question: What does a fee-only financial planner do, exactly?

It’s conflict-free advice. That means the financial planner is not selling (or paid through or by) any financial products. But, as Jason points out, more regulation is needed in this area as well.

And once again the troubles in the land of advice highlight the need for financial awareness and education. Back to that day in court…

“BMO spokesperson Paul Gammal says the investment recommendations made to the clients were “appropriate for their investment objectives—which includes risk tolerance—and investor profiles. We stand by our recommendations,” The Globe and Mail reported.

Peak oil? BP calls for oil usage to fall by 50%

Shocking that a dramatic drop in oil usage is being predicted not by an environmental group, but from one of the leading oil and gas producers on the planet: British Petroleum (BP).

BP’s energy outlook shows consumption slumping 50% by 2050 in one scenario, and by almost 80% in another.

“Demand for oil falls over the next 30 years,” BP said in the report. “The scale and pace of this decline is driven by the increasing efficiency and electrification of road transportation…. The impact, including lasting behavioral changes like increased working from home, will affect economic activity and prosperity in the developing world, and ultimately demand for liquid fuels, according to BP. That means it won’t be able to offset already falling consumption in developed countries.”

BP is taking massive steps to align with the Paris Climate Agreement. They vow to cut oil and gas output by 40% over the next decade and will spend $5 billion per year in renewable energy projects. And they’re not alone. From that same Financial Post article:

“BP isn’t the only big oil company adapting its business to the energy transition. Royal Dutch Shell Plc, Total SE and others in Europe have announced similar pivots toward cleaner operations as customers, governments and investors increasingly call for change.”

Should investors also get on board? Should you align your portfolio with the green government and corporate policies and trends? It appears to be an undeniable trend with considerable legs.

Investors wishing to get on board can do so by way of Environmental, Social and Governance (ESG) ETFs. Some of the Canadian robo-advisors, such as Wealthsimple, also offer complete ESG portfolios.

At the very least, a modest allocation to ESG might be a nice hedge for those who are invested in the core Canadian funds that are heavy into the oil and gas sector. I’ll leave that decision up to you. But I will certainly continue to follow this “greenification” of corporate policy.

Want to learn more? In the ESG space I like to read and follow Tim Nash of Good Investing.

Here’s a tweet from business journalist Lisa Abramowicz on the number of zombie companies in the U.S. Russell 3000 index:

A zombie company is described as one with one-year profits equalling three years of debt payments. For comparison, that would be akin to your annual take-home pay being equal to three years of mortgage payments.

That’s living on the edge. For companies that would mean any meaningful increase in borrowing costs or decrease in profits might take them over the edge to insolvency. The “zombie” characterization suggests these companies are on their last legs.

Once again in the potential U.S. market bubble of 2020 we see a chart where current levels rival that of the dot-com bubble of the late 1990s.