“It’s going to be a volatile world, maybe for the next decade. You want-income generating securities, structural growth stories and you need to look past the short term.” 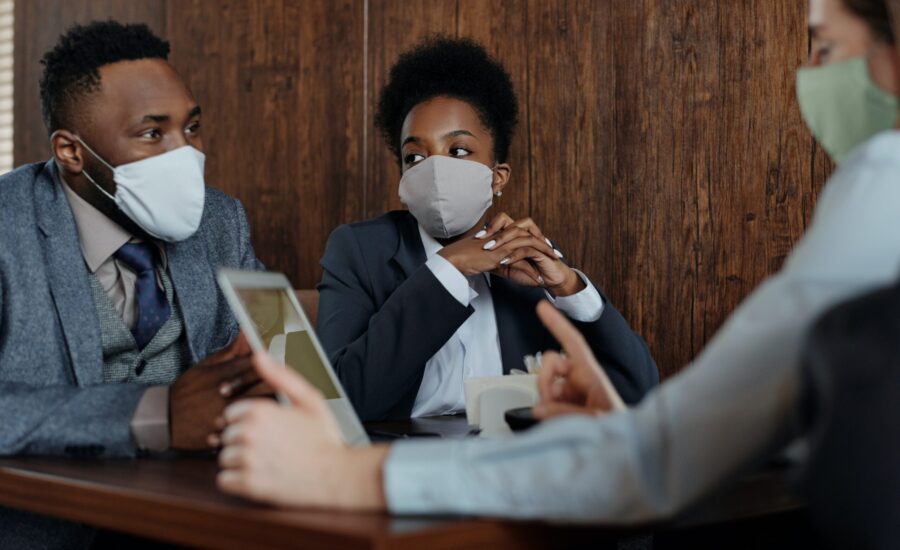 Another day, another record-breaking rise in Canadian COVID-19 cases. On Tuesday, Oct. 6, there were 2,364 new cases in this country, the most since the pandemic began. Meanwhile, south of the border, several states have also seen a record rise in illnesses, while the White House has become a coronavirus hot spot of its own. It’s hard to shake the feeling that, at some point, we’ll all be back in lockdown, unable to leave our homes.

Naturally, the potential for more lockdowns, restrictions and economic setbacks has investors worried. No one wants to relive March, when stocks fell by about 35%. The last month doesn’t instill much confidence either:  Since September 2, the S&P/TSX Composite Index has dropped by 1.3%, while the S&P 500 is down by 2.72%, in part because of case-count concerns.

Given the rising caseloads and the unpredictability of both the virus and the upcoming U.S. election (we’ll save that for another article), the more active investors among us may be wondering if they’re properly positioned for a prolonged pandemic. The answer must be told in two ways, as there are really two main scenarios that can play out here, short of a miracle cure: another big lockdown; or rolling restrictions, but a still relatively open economy.

Naturally, no one wants this to happen, but anything is possible. In general, markets will be volatile over the next few months—and even years—no matter what happens, but if you think quarantine is coming again you’ll want to continue holding the stocks that did well over the last few months, says Drummond Brodeur, senior vice-president and global strategist with CI Investments’ Signature Global Asset Management. The COVID-19 winners are tech companies like Facebook, Amazon and Apple, and tech companies that facilitate stay-at-home work. Consumer staple companies, such as Walmart and grocery stories have done well too.

With bonds basically earning investors next to nothing, there will also be more interest in dividend payers that increase their yields every year, such as utilities, REITs (industrial REITs look better than office and shopping mall ones, he adds) and other “structural income generators,” as Brodeur calls them.

Growth will also outperform value generally, but especially during a full lockdown. Many of the value plays today are businesses that may not return to their former glory for a while, if ever. Some may stick around in a sort of zombie form, where they stay alive because it’s easy to borrow money at low rates, but they don’t do much else. Be wary of brick-and-mortar retail chains, airlines (despite Trump’s announcement on Oct. 7 that an airline bailout may be coming) and other companies that have struggled since March. “One reason why value hasn’t worked is because many value companies are not viable,” he says. “It doesn’t mean avoid all value stocks, but you don’t want to buy zombie companies.”

You may be thinking to yourself, aren’t tech stocks expensive, especially after the run-up they had after the market bottomed on March 23? The answer is yes and no. Many tech stocks, like Zoom, are certainly overvalued, but Brodeur points out that many of the big name tech stocks have fairly modest price-to-earnings ratios, in part because their earnings have increased by so much lately. Google is trading at 20 times next year’s earnings, Facebook at 29, Microsoft at 20 and Amazon at 52, which is rich for the latter, but not overly so compared to where it’s been in the past.

Perhaps more importantly, what has traditionally been considered expensive—and this goes for the whole market—may not be expensive today. Given that interest rates are at basically zero, and the Federal Reserve has said rates will likely stay low for years, the only place to make any money on your investments is in the stock market. “If interest rates are staying at zero for many years to come, then your discount rate is a lot lower and so valuations on stocks and other assets would ultimately be higher.” In other words, despite the big climb the market has made since its trough in March, a higher than normal valuation on a sector or stock may not be the red flag it once was for investors.

Much of the above applies here too. People are still working from their abodes, so stay-at-home tech will continue to do well. There’s also still a lot of online shopping happening, which doesn’t bode well for shopping malls or traditional retailers. But if the economy is allowed to move forward, then selling off some of the overachievers and buying some cyclical stocks that fare better in an improving economy could be a smart move.

That includes financials, he says. While bank stocks have taken a hit as interest rates have fallen—and with rates staying low for a long time that will continue to be a headwind—they do benefit from increased economic activity. Industrials, such as autos and auto part makers, and leisure, including vacation travel, could bounce back over the next 12 months as well. “It’s not broad cyclicals versus defensives,” Brodeur adds. “It’s more nuanced. If these issues begin to get under control, then you may want to start leaning against some of the extreme outperformance of COVID winners and start padding up some of the  COVID losers,” he says. Look at dividend stocks in this scenario too—they’ll do well as long as rates stay low.

It’s all about the stimulus

There is one thing that could keep stocks buoyant regardless of the scenario: stimulus packages. With both the Bank of Canada and the Federal Reserve doing their part to ease monetary policy through quantitative easing and near-zero rates, it’s up to governments to keep money pumping into the economy. One reason why stocks have done so well so far is because of the money stimulus has put into people’s pockets, such as through the Canada Emergency Response Benefit here, or the $1,200 stimulus cheque in the U.S. If that money dries up, then markets will surely react negatively. If it continues, then markets could stay at least stable, if not rise again.

Unfortunately, it’s unclear as to where things go from here. This week alone, Trump said that the House shouldn’t pass any stimulus bills until after the election, but the next day encouraged legislators to get through a standalone stimulus cheque. In Canada, the CERB has been replaced by EI and other measures, but will it be enough? If scenario one occurs, then governments will need to pass bigger stimulus packages than in Scenario 2. How far will they be willing to go?

All of this uncertainty makes it difficult to know what to do but, given all that’s going on, sticking to growth stocks, income-generating securities and staying focused on the long term is a must whether we enter a full lockdown or not. “It’s going to be a volatile world, maybe for the next decade,” says Brodeur. “You want-income generating securities, structural growth stories and you need to look past the short term.”