Summer may be over but vacationing just got a lot cheaper

Yikes! Labour Day weekend has passed, and that marks the unofficial end of the summer. Now before you start freaking out about missed opportunities, think about the positives. It’s about to get a lot cheaper to travel! Flights are traditionally 25% cheaper in September and October compared to the peak season in July and August. For those of you who’re itching to travel, and want to do it on a budget, Cheapflights.ca came up with a list of 10 Value destinations for Canadian Travellers.

It’s never been a greater time to visit London. Due to Brexit, the English Pound is still trading at near historic lows, right now, 1 English pound = 1.70 Canadian. Okay, so it’s not exactly the best exchange rate out there, but there are plenty of free things to do in the city that will help offset your costs. Part of what makes London great is the different neighbourhoods. Stroll the South Bank and marvel at the architecture, catch a show in the West End, or head to Camden where the bohemian Camden Town is located. 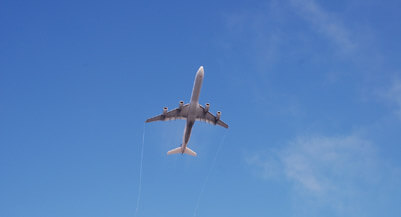 How much you'd save with Newleaf Travel

Portugal has always been a great destination, but many travellers tend to ignore the country and opt to head to Spain instead. Well if you’re looking for value, head to Lisbon where many Airbnb apartments can be found for less than $100 Canadian a night. Similar to Rio de Janeiro, Lisbon has their own Christ the King Statue (Cristo Rei) that overlooks the city. But what makes exploring Lisbon fun is taking one of their funiculars up and down the city while you admire the architecture, culture, and monuments.

Since the Democratic National Convention was held in Philadelphia this year, the City of Brotherly Love has been getting a lot of, well, love. Forget politics for a second, think about the food. The Philly cheesesteak may be world famous, but wait until you try one of the city’s soft pretzels and Italian roast pork sandwiches at the Terminal Market or Italian Market – your taste buds will explode. Oh and if you didn’t hear, Philly is the only World Heritage City in the United States with historic sites including the Liberty Bell, Congress Hall, the President’s house and much more.

I have a confession, I’ve never heard of Gander, Newfoundland before I read this list. I know, I’m a bad Canadian, but I’ve always wanted to do a road trip to the east coast so now it’s time to add Gander to my itinerary. Outdoor activities are the things to do here. There are three national parks where you can bird watch, camp, raft, swim, and even whale watch.

Not many people realize it, but Madrid is a bigger city than Barcelona. Madrid may not have famous buildings designed by Antonio Gaudi, but what it does have is have culture and some the best nightlife in the world. Museo del Prado, Centro de Arte Reina Sofía and Museo Thyssen-Bornemisza are the top attractions in the city and are known as the Golden Triangle of Art. If you really want to get an understanding of Madrid, head to Puerta del Sol, a plaza in the heart of the city where many festivals are held.

Copenhagen is one of those cities that always ends up on must-visit lists, and for good reason. The streets are easy to navigate, there are a ton of green spaces, and the food scene has absolutely exploded. Noma, a Michelin-star restaurant run by chef René Redzepi has been named the best restaurant in the world by Restaurant magazine multiple times! Okay so it’s probably not budget friendly, but that’s one reputation to be proud of. For something a little bit budget friendly, head to the Tivoli Gardens amusement park or the iconic Little Mermaid sculpture.

I visited Washington D.C. a few years ago and had an absolute blast! I loved how all the museums and monuments on the National Mall were completely free. The National Air and Space Museum is especially noteworthy since it has the largest collection of historic aircraft and spacecraft in the world. Obviously, the city is the political centre of the U.S. so a trip wouldn’t be complete without a stop at the White House, but it’s also worth booking a free tour of Capitol Hill.

Québec City usually gets a lot of attention in the winter because of the Carnival, but a trip during the fall is just as exciting. Walking through the Old Town is like strolling through Europe, while the city wall is the only one of its kind in North America outside of Mexico. Overlooking the city is Chateau Frontenac, the most photographed hotel in the world. Explore the boardwalk on the Dufferin Terrace and you’ll get great views of the city while buskers entertain you. Even though Quebec is a francophone city, you’ll be able to find any kind of cuisine you fancy so eat well! 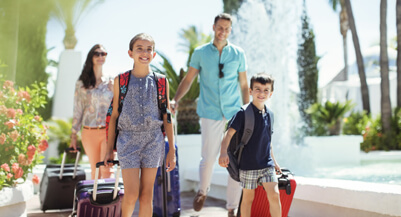 September and October are great times to visit Phoenix since it’s still considered low-season for them. The best part about Phoenix is that there are different cities that give you a different feel. Scottsdale is a bit fancier (and expensive), while Mesa City has some reasonably priced resorts. You’ll need a rental car either way, so it’s pretty easy to find ways to save. As for what to see? There and tons of places to hike including the South Mountain Park and Preserve, or you can enjoy some art and air conditioning at the Phoenix Art Museum. Oh, and hockey season starts in early October where getting tickets to a Coyotes game will be much cheaper compared to any of the Canadian teams.

Finally, there’s Myrtle Beach, South Carolina, another destination that gets the most visitors during the winter, hence why prices are down during the autumn. For those unfamiliar with Myrtle Beach, you can look forward to a 100 kilometre stretch of beach and more than 100 golf courses. The downtown area is a bit touristy, but the craft beer and restaurant choices have been improving every year.

This article was originally published on MoneyWeHave.com and was republished with permission.

Barry Choi is a personal finance and budget travel expert at Moneywehave.com. You can follow him on Twitter: @barrychoi.