Our auto expert answers questions from two different Toyota owners, who have concerns around recall rules, time limits and the safety of their trucks' rusted frames. 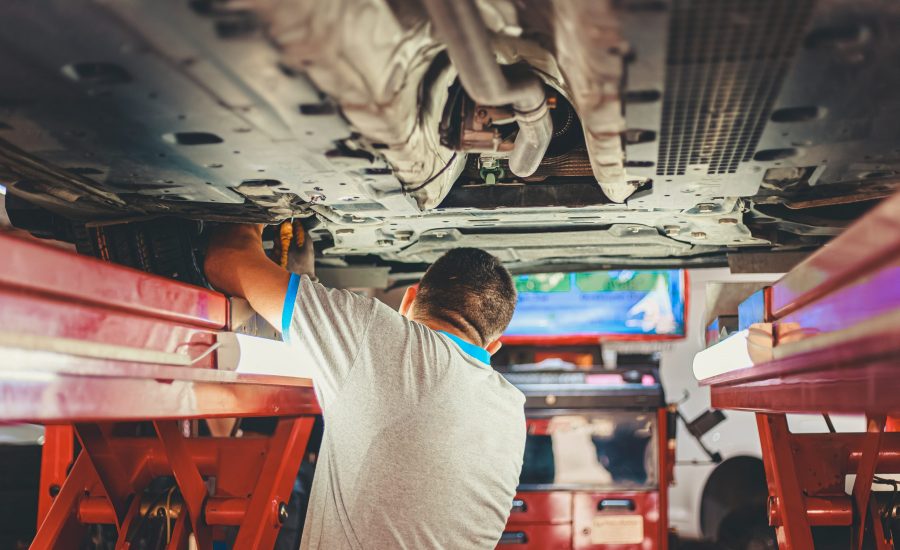 Q. My 2009 Toyota Tacoma pickup truck has only 130,000 kilometres on it and the body is in great shape. While my mechanic was underneath the vehicle last week, he noticed a large hole and said it will be fixed under recall. I called my Toyota dealer and they told me there was nothing they could do, as the recall has expired. I proceeded to call corporate, who also said there was nothing they could do. I knew there was a recall on my frame, but I didn’t know the recall had an expiration date. Please tell me what action I can take—it feels like just one more punch in the gut this year.
–B.W.

A. It’s not surprising you were unaware of the time limit for the Toyota Tacoma recall. That’s almost always the case for the safety recalls that are subject to oversight by Transport Canada. In this case, Transport Canada determined a long time ago that corrosion on the Tacoma takes years to develop and is clearly visible from underneath the truck years before the frame becomes unsafe. Consequently, Toyota’s campaign is an in-house recall administered more like a warranty extension with a prescribed time limit for the repair. Your truck’s frame must have been corroding long before it was brought to your attention in order for the frame to develop such a large hole.

Here are the applicable coverages for the Tacoma, which vary depending on the model year:

Coverage is for unlimited mileage. The most recent program is conditional on an inspection and application of additional rustproofing by a Toyota dealer before December 16, 2021.

This is a major repair. It requires 40 to 50 hours of labour and involves the body of your truck being separated from the frame as a new frame and front suspension control arms are installed. Along the way, other components may have been corroded, which will need to be removed and reinstalled, too. The retail cost of a repair like this is about $15,000, which is often more than the value of the truck itself. Even so, most Tacoma owners are fanatics about their trucks and would rather see their vehicles repaired than bought back by Toyota.

At one time, Toyota Canada appeared to be more flexible with outlier cases, sometimes applying their warranty beyond the established parameters on a case-by-case basis. Since Toyota settled a class-action lawsuit, however, the limits appear to have become more formal, and coverage for the more recent programs was dropped to 12 years.  The Automobile Protection Association (APA) sees that if a vehicle has been inspected and the frame has been rustproofed, but it still corroded excessively, Toyota will stand behind it. That said, Toyota appears to be more rigid than they have been in the past, limiting coverage to the terms of the class action settlement. For an automaker, one of the main objectives of a class action settlement is to extinguish all other claims for the issue once the program is announced. Given that many people did not receive notices because the trucks were already many years old (addresses may have changed, and trucks may have changed owners), could Toyota still have an obligation to provide the remedies existing under the program to those affected by this issue? It feels like they should, but the answer is no; the settlement proposal is almost always accompanied by public notices that, in theory, will notify all Toyota owners of the recall.

If you’re a regular customer at a Toyota dealership, they should flag any issues with the frame before the warranty is over. Inspecting the undercarriage for defects is part of every general maintenance service. However, if you request an oil change, that is not considered a full maintenance service and it’s possible the work was performed by junior staff, who were unaware of what to look for on the frame.

If the franchised Toyota dealership you frequent failed to notice issues with the frame, they could incur liability for not attending to a safety recall or preventive program that a private owner is unaware of. Dealers often fail to do this. The APA’s position is that a Tacoma owner who has their pickup serviced at a Toyota dealership does not have to be aware of Toyota’s conditions for the recall, particularly if they did not receive a notice. When you rely on a specialist with expertise in your brand of vehicle, they should meet a higher standard than a general repair shop. A franchised dealership performing routine service which requires an inspection has a duty to disclose open safety recalls and other programs that apply to your vehicle.

Recently, the APA was made aware of a claim filed against a Toyota dealership in Montreal. The dealer flagged the corrosion six months after coverage ended and instructed the customer that his Tacoma was unsafe. The owner, a regular customer, is arguing that the dealership had a duty to flag the corroding frame years before and either fix it under Toyota’s frame replacement program or the lifetime rustproofing warranty they sold him. It will be a couple of more years before the case is heard.

Q. In August 2020, my 2012 Toyota Tacoma was inspected and serviced at my Toyota dealer. At that time, they classified rust on the frame as “normal surface rust.” Accordingly, my dealer applied the Corrosion Resistant Compound (CRC).

But recently, I noticed the corrosion has progressed since the frame inspection. In March 2021, I returned to my Toyota dealer. The explanation I was provided was that the deterioration is not in the area of the frame where rust is problematic. The manager explained that the process involves striking the frame with a hammer, and if the hammer perforates the frame, the vehicle is no longer safe to drive and the frame needs to be replaced. If the hammer does not perforate the frame, it is considered drivable and is serviced with the CRC. It concerns me that the frame becomes unsafe the exact moment after it’s perforated with a hammer.

Subsequently, two mechanics inspected my pickup. One mechanic grabbed a hammer and struck the frame. At times flakes of rust and dust fell to the floor, but it did not perforate. The mechanic explained that all trucks rust and that his 2005 Tacoma looks the same. While I appreciate the mechanic trying to provide reassurance, having my 2012 Tacoma compared to a truck seven years older was no comfort. The dealership informed me that they haven’t replaced any frames on 2012 models yet; all the replacements were at least a couple of years older.

Although the truck frame has not perforated, the extent of rusting appears much more significant than normal surface rust. It appears to me that, despite multiple applications of additional rustproofing from Krown Rust Control to help out, Toyota’s CRC treatment is not fully effective; the level of corrosion on the truck frame is more significant than normal. I left the appointment with many questions still unanswered. The primary thought in my mind was: “Will my vehicle need a new frame a couple of years after Toyota’s warranty enhancement program for 2011–2017 Tacoma pickups ends?”
—B.W.

A. Your case is interesting because the dealership was so forthcoming and diligent. Unfortunately, their hands are tied: they cannot do anything outside of what Toyota Canada has approved under the recall program unless they obtain authorization from Toyota Canada. You are absolutely right to worry that letting the problem slide for several years, until the frame fails the perforation test, is a gamble.

Most Toyota truck owners contacting the Automobile Protection Association (APA) do so only after a dealer has condemned their vehicle. The APA has received about a dozen complaints from Toyota owners who believe their trucks have fallen through the cracks of the warranty extension program. We are also aware of many cases where worn, high-mileage trucks with over 250,000 kilometres were rejuvenated, almost completely on Toyota’s dime; that’s far above and beyond what most manufacturers would do to cover a factory defect.

Frankly, the photos you provided of your frame don’t look as bad as many I have seen. It appears that the additional rust treatments you have been applying may have helped. Have you considered getting in touch with Krown Rust Control, to determine if there is some guidance they can provide? The Krown product is supposed to be very effective in boxed areas of the frame, as long as there is access for their spray wands to get inside (the Tacoma’s frame has holes in it, some of which are supposed to receive plugs under the recall). And the Krown warranty should cover a preventive repair to your frame if one is indicated. For more information, there is a page on the APA website that illustrates the vulnerable areas needing additional protection.