Restarting your career after being a stay-at-home mom also means rethinking your financial goals. Here's advice on how, from a financial planner. 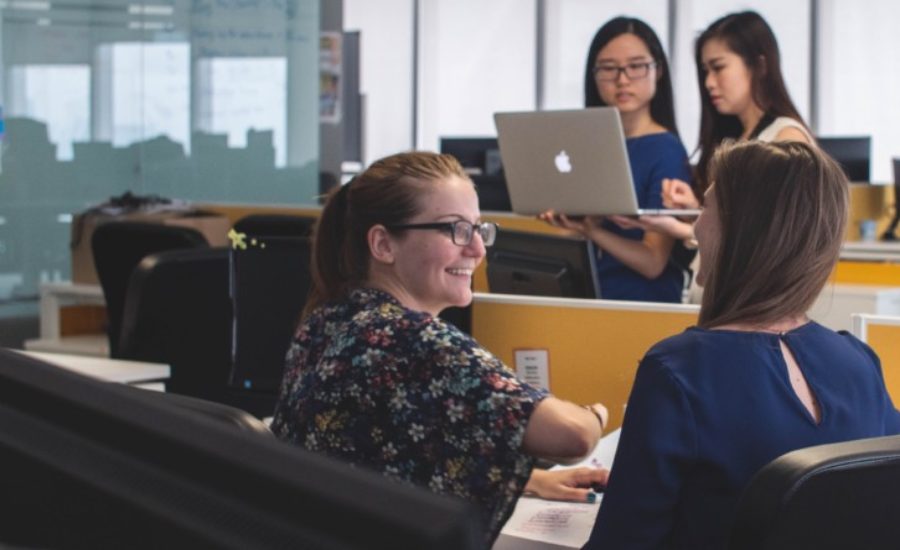 Julia Chung knows that becoming a parent can wreak havoc with your finances. Soon after the Vancouver-based certified financial planner had her son in 1995, a divorce, a steep drop in income and daycare costs meant she’d have to take on debt to make ends meet.

“Everything changes when you have children, it’s natural your finances will change too,” says Chung, partner and CEO of Spring Financial Planning, who adds that she went into debt mindfully with a strategic plan in place to pay it off once her son was older.

It’s a familiar situation for many mothers, who must deal with and plan for the financial fallout of losing some or all of their income to take maternity leave, become a stay-at-home parent or shell out what can amount to an extra mortgage payment for childcare.

“Most women on maternity leave are well into their career and it’s a significant drop in income when they decide to stay at home,” agrees Allison Venditti, a career coach and return-to-work expert who specializes in helping moms get back into the workforce through her consulting service and Facebook group, Careerlove.

What’s more, once moms do return to work it can take them up to 12 years to catch up to the salaries of women who do not have children, according to a study from L’Université du Québec à Montréal.

Of course, that doesn’t mean mothers resuming their careers should give up on all their previous financial goals. “As opposed to looking backwards, look at your current fixed expenses and what you have left over every month and then prioritize what’s most important for that money,” says Chung.

With her professional know-how and her own experience from when she was a boot-strapped parent, Chung provides some welcome advice to two moms aspiring to get into a financial groove. (We’ve changed the women’s names at their request.)

When the Toronto-based sales director had her daughter four years ago, she and her husband, an executive chef, decided to make do with one salary to avoid daycare costs, the blur of commuting and worrying about pick-up and drop-off. The couple has a three-bedroom home with a two-bedroom rental suite, which helps cover the monthly payments on their $340,000 mortgage. They also have $223,000 in RRSP investments.

Isabella recently returned to work as a full-time sales associate in the market research industry. “It’s the perfect stepping-stone for me back into corporate life,” she says. “They offer a flexible work environment where getting work done—instead of where you get it done—is more important.” Her job is a titch more flexible than her husband’s, who is often busy in the evenings. “I do most (school) pick-ups and he does most drop-offs. We pretty much share the load.”

While Isabella is earning less than she did at her former job, the couple is still able to save 15% of their household income. They’d like to channel those savings to their RRSPs, which have been on the back burner since their daughter was born. Adding to an RESP and a vacation fund are also on their hit list.

Isabella’s career break meant burning through their cash savings, which has left the family with nothing for emergencies. Now that she has extra cash flow, building an emergency fund that covers three to six months of expenses should come first, says Chung. Then, she can start contributing to her retirement savings either in an RRSP (if her annual income is more now than she expects it to be in retirement, which will allow her to benefit from the tax deduction) or a TFSA.

Furthermore, Chung advises prioritizing retirement savings over RESP contributions. “Remember, your children will have access to student loans if and when they need them,” she says. In other words, ditch the guilt and think of it as putting your oxygen mask on first. Also consider asking grandparents and other relatives to chip into your kids’ futures, she says.

After two years away from the work force, Janet, a Toronto-based quality assurance expert, has headed back to work sooner than expected. “My plan was to restart my career once my son went to kindergarten, but then my husband and I separated and I had to find a job,” she says.

She landed a position in the pharmaceutical industry with a manageable commute, and has embraced her life as a solo parent juggling full custody, daycare drop-off and pickups, doctor’s appointments and pre-school events.

Her $92,000 annual salary and child support don’t go far in a big city, especially since she’s paying for a household that in the long run was meant to be sustained by two people. Between her mortgage, $1,500 a month for daycare, car payments, groceries and utilities, there’s nothing left over to save for the future—and her line of credit is her only back-up fund for emergencies.

Even though Janet doesn’t have any debt now, she may need to accumulate some in the short term to cover the cost of her home. And that’s okay, says Chung.

“I suspect the larger expenses of staying in her neighbourhood is causing some financial stress,” she says, adding that if staying put is what’s most valuable to her family, she should get comfortable with the idea of going into the red for a given number of years. At the same time, she should develop a strategy to pay back the debt—as Chung herself did—by consulting a money coach who can project her income, cash flow and repayment strategies.

“It takes approximately a year to get used to your life as single mom,” says Chung. “Then she can ask again: ‘What’s important to me?’” For example, some single parents decide they no longer want their marital home and selling it changes their financial plan for the future.

Once there’s more cash flow, Janet should follow the pro’s advice for Isabella: Prioritize saving for an emergency fund first, then her RRSP and finally her son’s RESP.

While Isabella and Janet are busy navigating their new financial status, Vendetti adds they should also try to embrace their new work life, which for many moms prioritizes a respect for flexibility. “This is a time when you can redefine success on your own terms,” she says.