Our Retired Money columnist shares his own trials and triumphs with cryptocurrency. If you're thinking of dabbling in bitcoin, ethereum or others, read this before you invest. 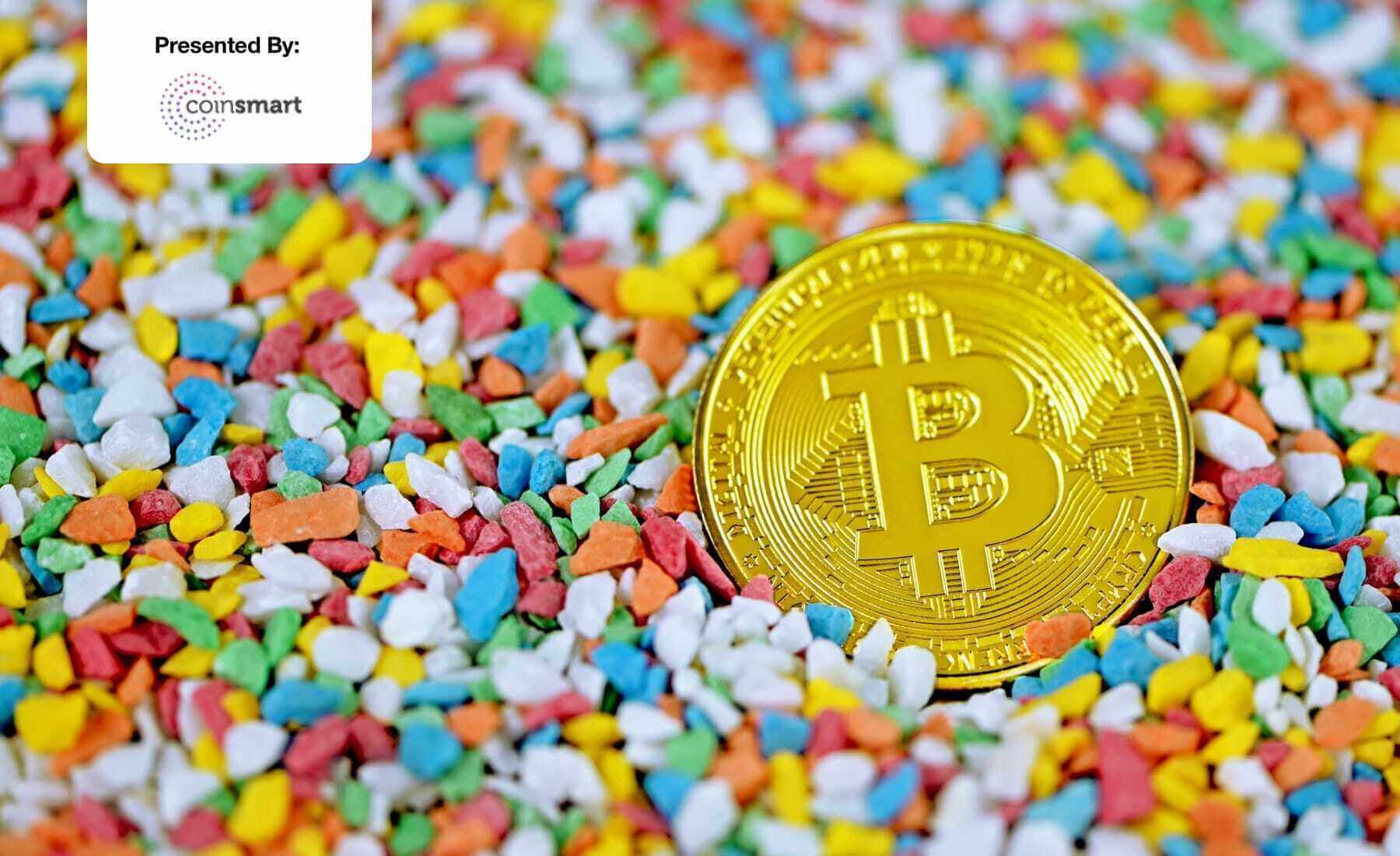 I have until now not written about the ongoing cryptocurrency boom—but, given the spectacular rise of bitcoin in the last few months, and last week’s subsequent correction, decided it was time.

Upfront, I should disclose I personally started to dabble in this asset class for the first time in the autumn of 2020, having sat out the first iteration of bitcoin mania in 2017. But this time, growing institutional acceptance seems to have brought back an even stronger wave of enthusiasm and euphoria, buoyed in part over the frustration of minuscule interest rates and inflationary forces unleashed by endless money printing by central banks in the U.S. and the rest of the world.

Canadians can buy and sell crypto on CoinSmart*
For me, the impetus this time around was the Profits Unlimited newsletter, edited by Paul Mampilly. I have found Mampilly so insightful with his recommendations—it was he who first twigged me to the actively managed ARK ETFs that focus on the “innovation economy”—that I decided to take a flyer on two of his suggestions for how investors could buy trusts that track the price of bitcoin and ethereum, which trade over-the-counter.

Rather than suggest pure “native” exposure, which involves setting up complicated “wallets” that hold pure crypto and other minutiae, he felt it was easier for casual investors accustomed to buying stocks online to use trusts like Grayscale, which trade over-the-counter on U.S. stock exchanges, but are available to most Canadian investors. These trusts roughly track the price of the crypto they target, but often trade at a discount or a premium to the actual price of the native currency.

Mampilly suggests taking an equal-weight approach to more speculative investments, so my first try was to put several thousand dollars into each of the Grayscale Bitcoin Trust (GBTC/OTC) and Grayscale Ethereum Trust (ETHE/OTC). I hold these in non-registered TD Direct Investing accounts.

I soon experienced just how volatile these can be. ETHE quickly doubled but—preferring not to trigger taxable gains—I stood pat, only to watch it plunge below my original cost. Still, I kept holding and continued researching the field, and it eventually reached the level it is right now, well above cost.

I next realized I wanted to hold these experimental positions in registered portfolios (RRSPs and TFSAs) so that the next time I got a double or triple—if indeed they materialized rather than comparable losses—I could book the gains with no immediate tax consequences. I soon discovered the closed-end funds of Toronto-based 3iQ Digital Asset Management. First, I tried The Bitcoin Fund [QBTC/TSX], just before the new year,  in time to experience a quick triple. This time, I was quick to take partial profits, seeing as  there were no tax consequences. Many advisors suggest getting back your cost base, which I did; then you can sit back and watch it run, “playing with the house’s money.”

My third experiment was inspired when Mampilly started to recommend his readers move from the ethereum-tracking ETHE trust to actual native ethereum, or ETH. He suggested buying actual “native” crypto from places like Coinbase and Robinhood—convenient for his mostly American subscribers, but less so for Canadians.

Where can Canadians get exposure to crypto?

I discovered that Canadian company Wealthsimple had launched a way to buy native bitcoin and ethereum: Wealthsimple Crypto. Since I now had some bitcoin through the registered 3iQ funds, I put a few thousand into Wealthsimple Crypto’s ETH. This is conveniently accessed as a mobile app and is easy to fund from Canadian financial institutions. However, I soon learned there was not yet a way to hold these two Wealthsimple cryptos in registered accounts, so I was back to the taxable dilemma. Soon enough, I learned that 3iQ not only had a bitcoin fund but also an ethereum fund—The Ether Fund [QETH.U/TSX], which was a way to again hold ethereum, like the Bitcoin Fund, in registered accounts.

While I have not yet had an opportunity to do a test run for it, a Twitter discussion this week made me aware of an all-Canadian digital currency firm called Bitbuy.ca, which you can learn more about here. It can be funded from Interac and, in addition to facilitating the buying and selling of the Big Two (bitcoin and ethereum), it offers access to some of the secondary cryptocurrencies like litecoin and EOS.

How much exposure to crypto is appropriate, if any?

The question arises: How much to invest (or gamble) in this asset class. Initially I was influenced by hedge fund billionaire Paul Tudor Jones, who suggested 1% of a total portfolio was appropriate for crypto exposure. (If you’re interested in reading more, another influential hedge fund billionaire who recently became interested in bitcoin is Stanley Druckenmiller.)

My idea was to take some profits from gold, which I’ve long held at around 10%, and move some to bitcoin and ethereum, aiming at perhaps 1% of our total portfolio. If the total hit 2% or 3%, I’d be quick to take profits, especially in registered accounts.

Ideally, you’d own native crypto in registered accounts, but I’ve not yet discovered how to do that. Also, there are hundreds of other cryptos beyond the Big Two of bitcoin and ethereum, and there is no shortage of investment newsletters and YouTube videos that talk about them.

Naturally, if you have a financial advisor, you should talk to them about whether this asset class has a place in your portfolio and if so, what allocation. Here’s what Adrian Mastracci, portfolio manager with Vancouver-based Lycos Asset Management Inc., has to say: “Bitcoin is in its infancy. Bitcoin can change direction daily, both ways. Invest only what you can lose, say 1% to 2% of total wealth. Take some occasional profits if you can. Bitcoin is not mainstream. At today’s stage, bitcoin is light on fundamentals and long on euphoria. Expect changes as it develops.”

Bottom line? It’s never wise to buy at market tops and the timing is hardly propitious to jump on bitcoin, right after it has reached highs it never reached before. If it massively corrects again, then maybe you can jump aboard; but till then, ethereum seems a slightly safer bet. Bitcoin remains the standard and all the other coins can only be viewed as speculations. Take a flyer if you want but, initially, I’d keep it under 1% of a total portfolio. Don’t invest money you can’t afford to lose, be careful of tax consequences and be quick to take partial profits if your hoped-for gains do materialize.