As Canada heads toward a federal election, we take a first look at the political parties' fiscal plans; why the S&P keeps rallying; and are American consumers putting the brakes on their pandemic spending? 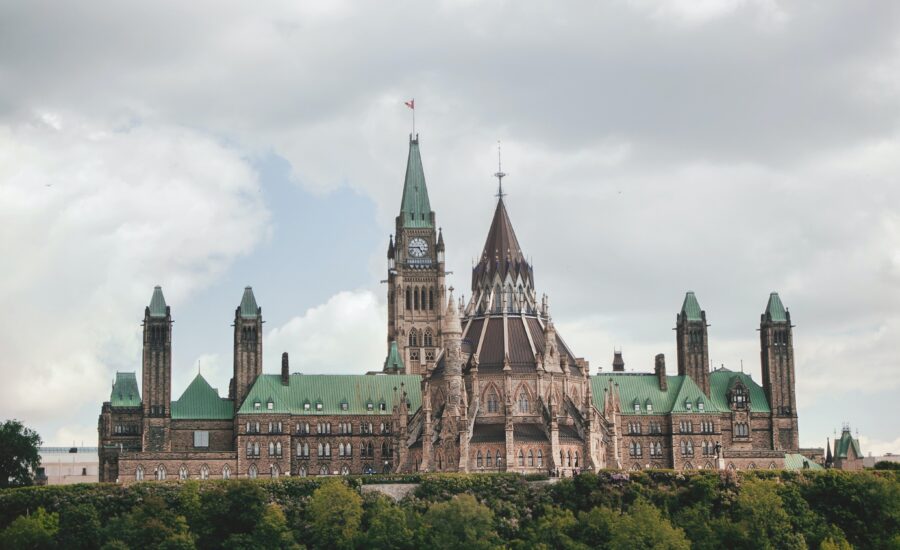 Photo by Tetyana Kovyrina from Pexels

What the September federal election means for your money

As anticipated, the Liberal government has called a federal election to be held on Monday, September 20. Canadians will go to the polls to elect or re-elect their local members of Parliament and, by way of that cross-country seat count, Prime Minister Justin Trudeau will step into a second term, or we’ll have a new PM and ruling party.

What are the key policy issues that will drive this election? Many have reported that the Liberals called the election feeling that their response to the pandemic and their robust procurement of vaccines could lead to a majority government for them. Currently, the Liberals hold a minority position and need the support of other parties to get bills passed through the House of Commons.

Along with the pandemic, national unity, the environment, Indigenous issues, national daycare and universal basic income, student debt, Internet regulation and housing will get lots of ink and much CO2 will be released (through breathing and talking) on the campaign trail as the party leaders utter their promises.

That said, many money issues are rising to the top. (Recall that famous expression, “it’s the economy, stupid”.)

Political parties put out policy platforms that include what they want to spend money on, how much it will cost and how they might pay for it. The word “might” should probably be in air quotes; in the world of political promises, things don’t always add up. A political platform might pack the grocery cart with $150-billion worth of goods, but with only a few hundred mil in the wallet. On that front, one might pick on the NDP first. The National Post (a fiscally conservative paper) has opined that the NDP’s platform wish list is expensive—and even if you do tax the rich, those revenues fall short. You can have a read of that post and do the math.

The pandemic has been expensive for governments around the world, including Canada. In fact, in terms of the level of fiscal support they’ve offered, Canada and the U.S. top the list. Canada now has record deficits and a trillion-dollar debt. But that won’t stop any of the political parties from creating those big wish-list platforms—and, eventually, Canadians will have to pick up the tab.

In March of 2021, I wondered in this space if tax hikes were the next big investor worry. Keep in mind, though, before that, Arthur Salzer of Northland Wealth Management said that’s not a great plan, because governments won’t generate significant (or any) revenues by going after the wealthiest Canadians.

Tax considerations, spending plans, debts and deficits might grab the attention of voters in this election. An Investment Executive post suggests…

“The Liberals, meanwhile, launched legislative consultations on budget proposals sure to play well with target voters: a luxury goods tax on expensive vehicles, and a 1% tax on vacant homes owned by non-residents.”

The NDP is suggesting a 20% tax on vacant homes.

“The Conservatives are likely to focus on tax initiatives to spur businesses’ capital spending, a report last week from CIBC Economics said. The bank will also be watching for Conservative policies to encourage more foreign competition in Canada’s telecommunications sector, for which leader Erin O’Toole advocated in his run for the party leadership.”

I’ve often wondered why politicians rail against the telco industry for cell phone rates that are above global averages, but no one seems to care that Canadians pay some of the highest mutual fund fees on the planet. Those fees are wealth destroyers, and it is a societal issue.

Imagine the positive effect if most Canadains were first financially aware and then were investing in sensible, low-fee investment options? That might save Canadians about $20 billion annually in fees (my estimate). Well, it’s nice to see that the $20 billion annual investment-fee issue is on the table, finally.

“The Conservative platform released Monday said the party would require ‘more transparency for investment management fees so that seniors and savers don’t get ripped off. This will include requiring the banks to show investment returns net of fees’.”

On my site, I am chronicling the experience of a reader named Craig as he makes the move away from high fee mutual funds to low-fee ETF options, in the wake of the staggeringly poor performance of his high-fee mutual funds.

This link on BNN Bloomberg offers an outline of some key policy planks. There are some very good videos in there as well.

In this election, more Canadians might vote with their wallets. Inflation might even get some attention, as it often does in this column.

I’ll bet none of the policy platforms add up. Yes, that’s an easy bet to make when the cupboards are bare. While there are many issues that are important, readers might have a look at the platforms and do some of the math on those promises. We might consider the costs and who is going to pay; how are we going to pay?

The NDP released their policy document before the election was called. The Conservatives offered their platform on Monday, August 16. As of August 19, we’re still waiting to hear from the Liberals.

We’ll attempt to make sense of the election and your money in this space as the campaigns move forward.

Are consumers stumbling in the U.S.?

Recent retail spending reports in the U.S. show overall spending levels slipped from July 2021 compared to June. Sales were down 1.1% month over month. And U.S. consumer confidence fell 11% from July into August, one of the largest drops on record.

But perhaps some of that retail softening might be expected as consumers switch from buying stuff, to buying experiences such as dining out. Some of the bigger-ticket items have disappeared from the numbers.

The U.S. market and consumer might be a good barometer for future activity in Canada, as the U.S. was a few months ahead of us in regards to the economic opening from pandemic restrictions. We’ll keep an eye on Canadian retail reports and will compare them to the U.S. experience.

And here’s some disparity, perhaps. The stock markets and investor sentiment largely keep advancing as consumer confidence slips. However, the chart suggests that they might eventually align again.

This week, the stock markets softened thanks to those consumer reports, fears of what will happen when the Fed starts to taper bond purchases, and resurgent fears about the Delta variant as it surges in many areas around the globe. More restrictions are being applied across Asia.

The pandemic is always the wild card. Many are now coming to the realization that the virus is not going away—and could be with us forever, moving from pandemic to endemic.

That’s the Atlantic’s prediction, in this article about how we’ll continue to live with it. I wrote along the same lines way back in October, by way of a book review.

But no matter what happens—and back to the retail consumer story—my Walmart stock appears to be more than solid. The retail giant performed very well during the height of the pandemic, and it continues to deliver now that we are more in the recovery stage.

Walmart reported earnings this week, and beat on revenue and earnings estimates.

Another one of my retailers follows along the same lines. Home renovation company Lowe’s benefitted greatly from the pandemic’s work from home (and work on the home) economy. They continued to impress in the current quarter of reporting. Lowe’s climbed that stock chart ladder by almost 10% after the earnings release.

On the flipside, the market was not impressed with Home Depot’s earnings. That said, I’d be more than happy to own Home Depot as well.

Perhaps the weakening we’re seeing on the retail front is more than a blip. In the U.S., fear is having an effect on mobility and habits.

Yahoo! Finance offers a chart that shows restaurant visits starting to weaken in the U.S., based on COVID fears. Look for Exhibit 3. Another chart shows that travel spending has also stalled.

Only time will tell if TINA can keep the markets afloat as consumers struggle with second thoughts.

U.S. stocks score the fastest 100% rally since the depression

I guess pandemics are the best things that could ever happen to the economy and stocks? The current stock market rally for the S&P 500 delivered the fastest 100% rally since the Great Depression.

We have not really been tested as well, with respect to our risk-tolerance level. The current bull market ranks 11 out of 26 rallies (with a rise of more than 20% without a 20% correction) going back to 1929. We haven’t even had a 5% correction over the last nine months.

Interestingly, here’s the recovery period that most closely maps to our recent bull run…

More to come? Of course, past performance (and correlations) are no guarantee of future returns.

The main fear of this great stock market run during a pandemic is the over-valuation of U.S. stock markets.

Here is an incredible site that lays out the many valuation measures that all (and collectively) illustrate just how expensive is the U.S. cap-weighted S&P 500.

No one knows when we will have another major correction in U.S. stocks. If you hold a balanced portfolio that includes bonds, commodities, non-U.S. stocks and other assets, you have likely been rebalancing, selling some of those high-flying U.S. stocks and moving your generous profits to the other assets. You rebalance to your original asset allocation targets.

If you consider carrying on—thanks to TINA, there may be more generous stock-market gifts to come—you might accept those gifts and continue to rebalance.