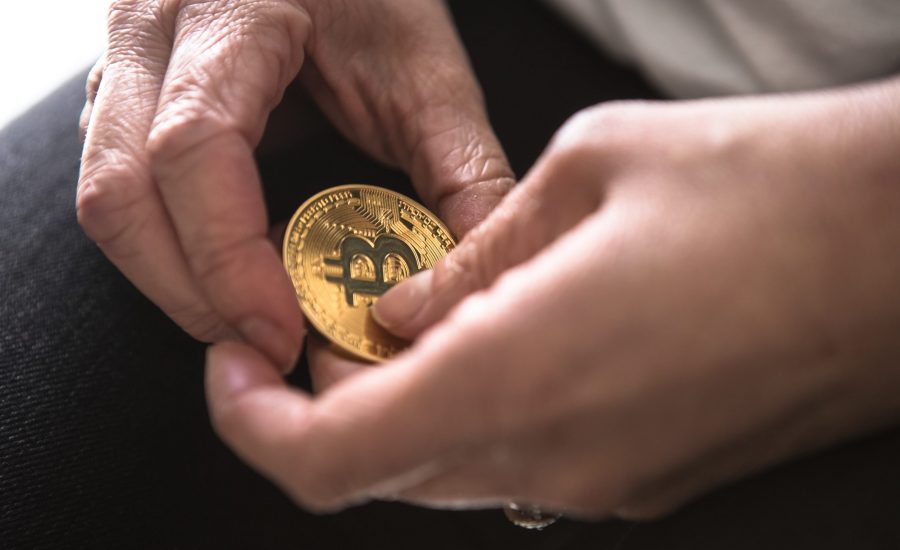 The bitcoin ETFs are a hit, and it’s causing a price war

Canada was the first country to approve bitcoin ETFs. And first out of the gate was Purpose Investments, with its introduction of BTCC, on Feb. 18, 2021. That ETF cracked the $1-billion level (in assets under management) in quick order. Canadians are more than interested in investing in bitcoin. In fact, bitcoin ETFs took in 17% off all funds invested in ETFs this past February.

The ETFs and other closed-end funds that were available before them allow Canadians to invest in bitcoin inside registered accounts such as RRSPs and TFSAs. This has opened the door for many more retail investors.

The Purpose ETF has a management fee of 1%, and the management expense ratio (MER) will be capped at 1.5%.

Second out of the gate with a bitcoin ETF was Evolve with EBIT. That ETF has attracted more than $80 million in assets under management. Despite Purpose attracting most of the press and attention for going first, Evolve quickly decreased their management fee to 0.75% so they can claim to have the “most cost-effective” bitcoin ETF in Canada. But not so fast.…

Along came CI to launch a bitcoin ETF BTCX in March, with a management fee of 0.40%. CI will likely roll $180 million from their existing closed-end funds into the ETF (investors are scheduled to vote on the rollover at the end of April 2021). The rollover would occur May 6 or May 7, according to David Barber of CI First Asset Management.

I’m not surprised to see the ETF providers engage in a “price war”—ETF investors are price-sensitive. Who will have the cheapest bitcoin ETF on the market is yet to be seen, even though the CI ETF is at 0.40% and Purpose is at 1%. There are additional fees to consider, beyond the management fee, and that is the costs for the companies (custodian and others) that help the ETF providers buy and store the bitcoin. There are also taxes that are charged on top of the management fee.

That said, ETF providers all use many of the same service providers. But economies of scale will allow one to negotiate lower fees. Only time will tell how much the biggest ETFs will be able to keep a lid on service charges. CI First Asset has a sizeable head start with that lower management fee. I’ll keep an eye on the total MERs and I’ll report back in this space.

The end of closed-end funds?

I am creating a post for MoneySense that will detail the differences between the ETFs and closed end funds and how you might approach your bitcoin fund holdings. You’ll want to get the timing right if you want to move from the closed-end funds to ETFs.

And be prepared for more of this

Elon Musk tweets that you can now buy a Tesla with bitcoin. Bitcoin spikes.

You can now buy a Tesla with Bitcoin

And then bitcoin falls like a stone after Ray Dalio (quoted in last week’s column) suggests there is a good chance that the U.S. will outlaw bitcoin.

Be prepared for more drama and volatility.

Tax hikes are the next big investor worry

We have been on this developing story since the pandemic greatly increased government spending needs. The support for individual Canadians and businesses was necessary, but it has caused our deficits to explode. Our total federal government debt is reaching precarious levels, and this same story that is playing out in the U.S. and around the globe.

The obvious question is: How are we going to pay for our federal and provincial debts?

In August 2020, I wrote “tax me. I’m Canadian” in this space. With a little help from U of T instructor and economist Teri Corchene, it was suggested that the most likely tax increases would be abolishing the capital gains exemption for principal residences, moving the capital gains tax to 75% from 50%, and an increase of taxes on high-income earners. We might add in the potential of a general wealth tax and estate taxes.

The tax threat story and fear is getting more attention and it is becoming a reality in the U.S.

And U.S. President Biden is not shy about his plan to tax Americans. Mostly (and not surprisingly) it is the rich that have a big target on their back. That is a big target.

On the table are capital gains, a wealth tax, increased income taxes for the wealthy, and estate taxes. Corporate taxes are likely to increase; this post from Yahoo! Finance breaks down the potential taxes hit to each sector.

Canada is about to see its first budget in two years, when the Liberals table their budget on April 19, 2021. It will be the first budget under Deputy Prime Minister and Finance Minister Chrystia Freeland, and I’m sure that will be the lead story for this column.

We’ll get a true sense of the deficit and debt levels. And it will be more than interesting to watch to see if there is any hint of future taxes or tax increases, or any attempt to eliminate the deficit.

Investors, financial advisors and planners are watching closely. Many will offer that it’s too early to do any tax planning.

But I’d suggest that, make no mistake, taxes are on the way.

An inflection point for investors

Arthur Salzer of Northland Wealth Management penned a very good piece for the Financial Post. Investors should revisit their portfolios after the market’s latest inflection point.

Salzer offers some very good real-life examples of how a new era, a new paradigm, can be ushered in, and the themes and trends can take hold for a decade or more. For example, from that post…

“Richard Nixon took the United States off the gold standard in order to pay for the Vietnam war. Subsequently, commodities and precious metals outperformed stocks and bonds for most of the 1970s.”

When the U.S. raised rates to historic levels in order to crush inflation in the late 1970s and early ’80s, that set the stage for stocks and bonds to outperform for an extended period to the year 2000. We then experienced the dot-com crash.

And then the rise of China’s economy and the explosive growth of its urban population created a need for commodities, and the stock markets of countries such as Canada and Brazil soared.

More recently, we’ve seen the undeniable trend of technology dominating our lives and our economies. Tech companies have been driving the U.S. stock market for several years and we saw that force accelerate during the pandemic.

“… value stocks should begin to perform better after posting dismal numbers since 2011. In general, value stocks such as banks have been lagging due to the negative interest rate environment globally, with North American banks doing slightly better than their European counterparts. There are also opportunities in commodities, which have likewise been weak, since the excess supplies created a decade ago, which caused mines and plants to shut down, have been used up. Gold and especially what is becoming digital gold, bitcoin, may continue to do well this decade.”

He also points to emerging markets as an ongoing opportunity. There is an expression that demographics is destiny. Growing populations and younger populations that are forming new households will consume goods and services at a greater rate than stagnant or declining populations.

This tweet from Michael A. Gayed (quoting the International Monetary Fund), suggests developing nations will be responsible for 50% of global growth by the year 2030:

According to the IMF, the #BRICS nations could account for over 50% of global #GDP by 2030; as per Blackrock's BRICS-focused ETF universe, Brazilian equities offer the greatest #earnings potential over the next 5 years. Conversely, the Russian option is the least appealing. pic.twitter.com/2qBGXIQErF

On the other side of the coin, the population of Europe is projected to decline over the coming decades.

It appears to be common sense that you want to invest in the emerging markets that offer the favourable demographic trends and the profits that will potentially follow.

To cover off commodities (if one so chooses) Canadians can look to materials, gold and energy funds. I like the idea of the Purpose Real Assets ETF. That’s a one stop shop of inflation-friendly holdings, from real estate to energy and commodities.

You could add that ETF to your existing traditional balanced portfolio or a one-ticket ETF.

I like Salzer’s idea of adapting to global and economic trends, plus I’ll throw in other unique sub-sector trends, such as clean energy or electric vehicles. We might choose to shade in some of those assets. We don’t have to make a big bet to take advantage of an obvious trend that might have legs.

And more importantly, perhaps, by evaluating and re-evaluating the portfolio we might uncover the opportunity to fix portfolio holes.

Canadians are certainly light on emerging markets and commodities exposure.

Sector returns, from the anniversary of March 22, 2020, lows

Here’s an interesting chart that looks at the returns of U.S. select indices and sectors from the lows of one year ago. We see energy and the smaller caps (Russell 2000 Index) leading the charge.

The third wave of COVID threatens the recovery

This has been a soft week for North American and global stocks. There are concerns about a third wave of COVID in Europe, Canada and South America. U.S. and Canadian stocks were down by about 2.5% into Thursday. Given that, we might call it “modest concern.”

On Worldometer, you can click on individual countries to see the recent surge. You’ll see spikes in Brazil, India, Russia, France, Italy, Germany, Poland, Ukraine, Czechia and more. Many countries are introducing lockdown measures that are sure to once again curtail or delay economic growth.

It is a race between the virus variants of concern and vaccine distribution. The UK and the U.S. are leading the developed world in regards to vaccination levels. And hopefully that is the shape of things to come for the rest of the world as vaccination ramps up.

While the virus(es) and COVID-19 remain as wild cards, I would guess the great recovery is still on tap for this spring and summer. There is so much pent-up demand for travel and experience, and many consumers are sitting on a mountain of savings collected during the pandemic.

As stocks fall this week into Thursday, March 25, bonds are responding again as a risk-off asset. Last week we noted how everyone appears to hate bonds so much they’ll call them all sorts of names. I’ve held onto my bond ETFs.

I’m happy to see them respond once again as a risk-off asset.

Someone has to keep an eye on those stocks.