Making sense of the markets this week: October 5

StatsCan figures stoke cautious optimism about the Canadian economy, Goldman Sachs predicts a decade of 6% annual returns for U.S. stocks, and why the outcome of the U.S. presidential election won't make a difference to the markets. 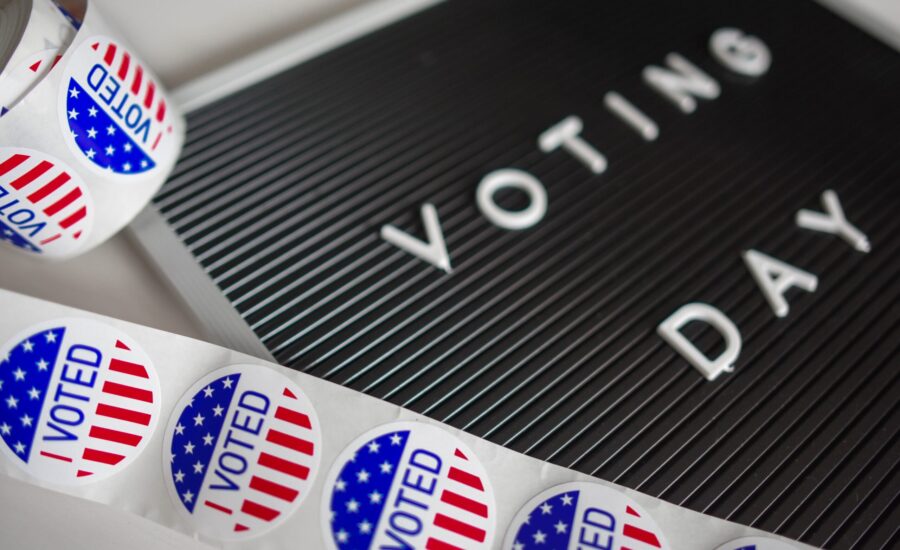 Photo by Element5 Digital from Pexels

Last Tuesday’s U.S. presidential debate was certainly the political and perhaps stock market news event of the week. Problem was, the debate was not presidential. In fact it was more of a verbal brawl than a political debate.

President Donald Trump and Democratic nominee Joe Biden argued and yelled and talked over each other, relentlessly. No one won, in my opinion.

In anticipation of the debate, stock markets were quite nervous. U.S. futures were down Monday night. Some investors are concerned that President Trump will not recognize or accept an election defeat, and stock markets do not like uncertainty.

Adding to the drama, on Friday morning it was announced that President Trump and the first lady had tested positive for COVID-19, ramping up the uncertainty exponentially.

But then, the markets found something else shiny to look at: the prospect of another stimulus package in the U.S. Stocks were up modestly (.77%) on Wednesday following the debate.. Stocks were also positive on Thursday as well.

This is a good time to remind investors to focus on what we can control. We certainly can’t control the U.S. Presidential election. And perhaps, over time, the stock markets won’t care, either. Twitter friend and financial advisor Markus Muhs shared this meme to honour the occasion (of the debate and election):

As investors, our success will largely be determined by the success of the companies we own. We invest in companies and economies, not presidents.

Checking in on the Canadian economy

The economic recovery continues in Canada. Statistics Canada released sector and GDP numbers for July 2020. They also gave us a hint of what went on in the Canadian economy in August.

We have the beginnings of a robust V-shaped economic recovery, but it appears that we are stopping short of full recovery, for now. Statistics Canada reported that preliminary information indicates an approximate 1% increase in real GDP for August. The pace of recovery is slowing. There are many signs and projections suggesting that full recovery could take many years.

Statistics Canada also reported that all 20 sectors of the economy grew as businesses continued to reopen and tried to get back to some sense of normal after lockdowns in March and April. The sectors to fight back the most were hotels/restaurants (up 20.1%) and arts/entertainment/recreation (up 14%). That said, those sectors were the hardest hit in the pandemic.

Here’s a tweet from Bloomberg Canada looking at sector performance:

The Financial Post (citing the Canadian Conference Board) offered that Canadian unemployment will not return to pre-pandemic levels until 2025.

“The pace of growth in the economy is clearly slowing,” Nathan Janzen, senior economist at Royal Bank of Canada said in a note. “A lot of the early recovery has come from re-opening from spring containment measures. And with most COVID-19 containment measures already eased, that boost won’t be repeated going forward. The latest bout of virus spread in Canada has just reinforced that there are probably limits to how much the economy can recover as long as that threat remains.”

Industries like restaurants, airlines, theatres, tourism, face many tough months and years ahead.

Wealthsimple is a leading robo-advisor in Canada. I have often penned that Wealthsimple is Canada’s most famous robo. They are known for their well-crafted television ads, and other marketing and social media efforts promoting sensible, low-fee investing. The firm also offers an online brokerage service, Wealthsimple Trade, and in January 2020 began offering a hybrid savings/chequing account called Wealthsimple Cash.

Late in September, the Globe and Mail reported that Wealthsimple is in talks with several U.S. Venture Capital firms to raise another $100 million in financing. A venture capital firm will invest in a company in exchange for partial ownership. That article also suggests Wealthsimple is setting the table for an eventual initial public offering (IPO). With an IPO, a company will then trade on stock markets. It’s another way for a company to raise money, but of course it will dilute the current company ownership. Ownership will then be split with the new investors who buy the stock.

Wealthsimple has $8.4 billion in assets under management and its growth record is impressive. But what will likely grab the attention of the venture capitalist is the growth within their Wealthsimple Trade platform launched in March of 2019. According to that Globe article Wealthsimple accounted for 18% of trading accounts opening in Canada in the second quarter. And they doubled the total Wealthsimple client base from 250,000 to 500,000 in the first six months of 2020.

Those are some great growth numbers. But Wealthsimple and their backers have spent heavily to acquire those clients and assets under management. Power Financial Corp., wealth management firm IGM Financial Inc. and VC firm Portag3 Ventures have collectively invested $315 million in Wealthsimple.

If they are looking to go to the stock markets with an IPO, the numbers will be on display, so that investors can evaluate the financial health of the company. Apparently, the company is going to be valued at $1 billion. I’m not a stock analyst, but I think that might be a stretch. Robo-advisors are known for their low fees. While that can be great for clients, it makes it more difficult to create the revenues required to generate profits. Wealthsimple charges just .40% to .50% on assets for their robo accounts, and they offer free trades on Wealthsimple Trade. With Wealthsimple Trade, they make monies from the currency conversion charges (1.5%) when traders buy U.S. stocks.

This is just my opinion, but I think investors will end up paying for that impressive growth—and turning a profit will not be so simple.

We’ll certainly keep an eye on this story. When or if they become a publicly traded company, we’ll see the numbers in their quarterly financial reports. I’m looking forward to looking under the hood.

Goldman Sachs says: 6% annual returns for U.S. stocks over the next 10 years

That is an interesting estimate. And of course, any guess about the future returns of the stock markets are a guess, a prediction. And as the saying goes: It is difficult to make predictions, especially about the future (Mark Twain).

Goldman Sachs suggests U.S. stocks will earn an average of 6% per year over the next 10 years. And they also acknowledge that there are a range of possible outcomes.

Have a look at that article and you’ll see that they don’t just pull this number out of thin air; it is based on many factors, including the starting earnings yield of stocks, dividends and projections about economic growth. It is all an inexact science, to say the least.

But many projections are lower for U.S. stocks from today’s prices as we’ve already had a good run over the last 10 years or more coming out of the market correction in 2008–09. U.S. stocks have gained over 14% per year from January of 2009 to the end of August 2020.

To look at the current PE (price to earnings) ratios, have a look at this site. The PE ratio essentially shows you how profitable the basket of stocks is at a given moment in time. Today, U.S. stocks are certainly expensive.

You can also look to the Shiller PE ratio, which smooths out the evaluation process. The Shiller PE ratio uses the average of reported earnings over the past 10 years. That chart shows we are currently at a level that matches the Great Depression era of the 1920s and 1930s, and the dot-com bust of the early 2000s. Those periods offered two of the most severe and long-lasting U.S. stock market corrections in history.

This is not all to say that we should ignore the U.S. market. We might simply curb our enthusiasm or expectations for U.S. stocks. And once again, we might be reminded of the need for sensible geographic diversification. As per the wonderful one-ticket asset allocation ETF portfolios, we might consider holding Canadian, U.S. and International equities.