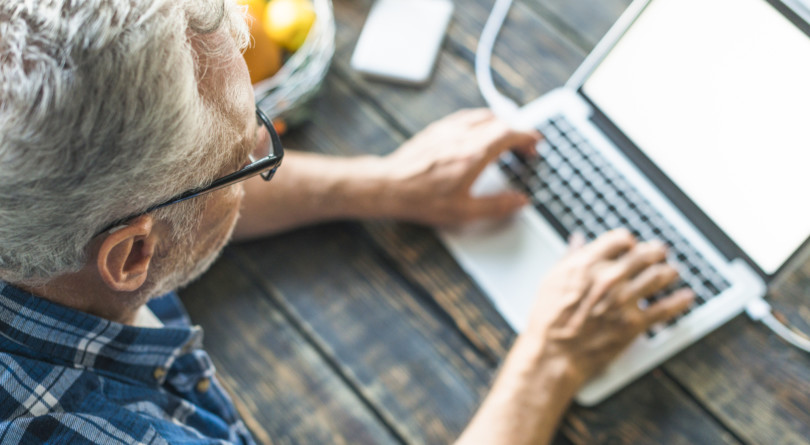 Occupation: Worked in manufacturing and safety deficiencies but now retired

Randall Baker recently turned 65 and celebrated with much-deserved retirement party with family and friends. For years, he worked as a specialist in manufacturing and safety delinquencies in Winnipeg while steadily growing an investment portfolio that could give him the comfortable retirement he desired. “I spent years building up my TFSA piecemeal, putting in work bonuses and income tax refunds as they arrived because that was the only way I could find the cash,” says Randall. “I didn’t use systematic investing or dollar cost averaging because with my modest bi-weekly pay I just couldn’t afford it.”

After a few negative investment experiences with a mutual fund company, Randall decided to open a self-directed account. “I set up an account with a broker with low trading fees, and included the trading costs as part of my total return calculation,” says Randall. He read up on investing and quickly realizing that simply keeping his TFSA money in cash wasn’t going to give him good returns. “I was seriously lacking a financial education and that’s where I started,” says Randall.

Along the way, he had some wins and losses experimenting with a bit of contrarian investing. “I bought BP in 2010 when their shares tanked after the Gulf oil spill and Toyota that same year when they had the ‘unintended acceleration’ incidents, and did well. But I also missed some great opportunities along the way, mainly with stocks such as Ford, Canadian National Railway and Couche-Tard, all of which I researched but never actually bought.”

Still, while Randall’s small TFSA was making solid gains, three years ago, he says, “I decided I didn’t want to spend my time staying on top of what to sell and what to buy. Plus I was starting to look more seriously at retirement, so I went looking for a low-cost dividend ETF.” By this time, Randall also had money in a small RRSP* and a LIRA from a previous employer. “And the good news was that I now had enough money with one broker that the annual fees were waived. With no fees and no commissions to pay, it meant every penny went straight to my investments. That was a good feeling.”

The brokers also had one other thing: a list of no-commission ETFs. So Randall went through the list looking for an ETF that he was comfortable with—and he found one. It’s the iShares Canadian financial monthly ETF (FIE.TO), with a yield of about 6% annually. “I put all of my eggs in that basket and have been happy with it. The ETF pays a monthly dividend and is invested in the Canadian financial industry. I set up a DRIP [dividend reinvestment plan] and have essentially stopped looking for buy/sell opportunities. Plus, my wife was happy. Who doesn’t like the ka-ching, ka-ching, ka-ching of dividends dropping into their TFSA?”

In 2018, things changed again. Randall paid off his mortgage, retired at the end of the year and stopped the DRIP, choosing to receive the monthly dividend in cash to his chequing account to help with living expenses. He’s happy receiving the dividends in hand as it makes his retirement more comfortable, “but the capital remains untouched,” says Randall. “I also designated my wife as the successor holder so she’ll receive the capital upon my demise and eventually my daughter could receive an inheritance. At some point, someone will have to sell [the shares], but that likely won’t be me.”

And while Randall doesn’t believe in bucket lists, he does have some plans that include spending more time at his cottage (which was a gift he received from his mom), as well as doing some much-needed renovations to his 70-year-old home. “Right now, we have no stairs. We use a ladder to go downstairs. So there’s some work to do around the house. It will likely be a minimum five-year renovation, done just a little bit at a time to ease into my retirement years.”

And on a joyous note, Randall is also looking forward to his daughter’s marriage in July, a celebration that he’s happily helped pay for with some of his TFSA money. “That will be a fun day for my wife and me,” he says.

Randall’s final thoughts on TFSA investing*? “While my investing isn’t ‘by the book,’ through trial and error over a few years I found an investing strategy that takes very little of my time, provides acceptable returns and allows me to sleep at night. I’m living proof that a no-fee, DRIP dividend ETF in a TFSA—and RRSP too, for that matter—is a great way to be hands-off and still get reasonable returns.”

“There are plenty of people who contribute to TFSAs* on a piecemeal basis, like Randall,“ says John De Goey, a Chartered Investment Manager and Certified Financial Planner with Wellington-Altus Private Wealth Inc.

De Goey goes on to say that Randall’s original strategy of organizing individual securities into three buckets (high, hold or sell) depending on recent past performance might have caused excessive trading, but it is a strategy that was clear, purposeful, and easy to understand and implement. “I commend his move toward simplicity but worry that he has concentrated his TFSA investments too much,” says De Goey, who notes that the TFSA is heavily invested in Canadian financials. “I’d recommend making lump sum purchases into other products with other mandates whenever he has a largish cash amount to add to his TFSA.”

With that said, De Goey stresses that the noted benefits of Randall’s simple plan—acceptable returns, general simplicity and the ability to sleep well—are all laudable outcomes. “My only real concern is that he may have been ‘too smart by half’ and perhaps oversimplified his account. Beyond that, my view is ‘if it ain’t broke, don’t fix it’.”