Why I’m rethinking my money choices

What higher rates mean for your mortgage, investments and savings 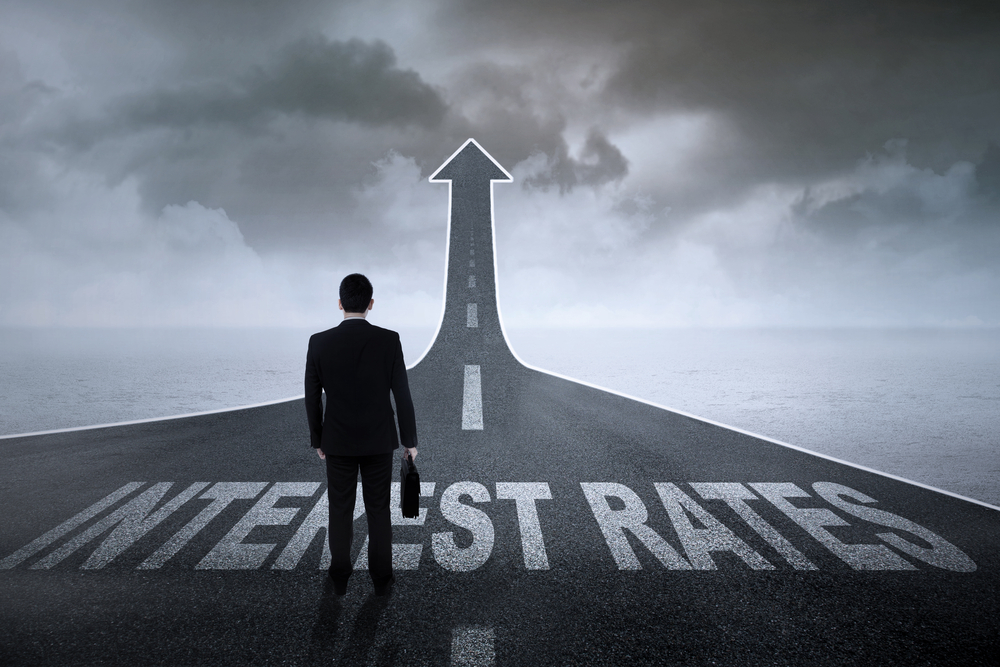 Canada’s overnight rate is at 1.75% and will likely move higher as experts think the BoC could raise rates three more times before the end of 2019.

In 2011, I moved into a new house and went from a fixed-rate mortgage, which I had on my first place, to a variable-rate one on my new abode. At that point, interest rates were falling and I thought they’d continue dropping, which is why I went variable. It was one of the best financial moves I’ve made. I went from about a 5% fixed rate to a 2.25% variable rate, which eventually fell to 1.95%. I renewed that variable rate two years ago at 2.15%. Pretty good, right?

I’m thankful I was able to ride the low rate wave for as long as I did, but the days of nearly free funds appears to be coming to an end. Since July 12, 2017, Canada’s overnight rate has climbed from 0.5% to 1.75%, pushing variable rate mortgages, among other things higher. I now pay more than 3% and that will certainty rise when I renew my mortgage term next year.

There’s been a lot of handwringing over the impact of low rates, which started falling after the recession in 2009. The jury is still out as to whether cheaper borrowing really saved the world from total collapse, but it did have an impact on many people’s lives.

READ: Your mortgage is about to get more expensive

It’s no coincidence that housing prices skyrocketed after interest rates began to fall – I paid the same amount per month on my larger and more expensive second home as I did on my smaller first home. Consumer debt has also climbed to record levels as borrowing has become cheaper, while interest earned on money held in a bank account has fallen from an average of 1.5% in 2008 to 0.1% in 2016, according to Trading Economics. The only way to earn money is to invest in financial markets, which comes with added risks.

So, what happens now? We’ve never been in this kind of ultra-low rate environment before, which means we’ve never been in this kind of rising rate environment, either. It’s important to remember that the reason rates are rising, not just here, but around the world, is that the global economy is improving. Global GDP growth is expected to expand by 3.7%, according to the IMF (that is a downgrade from the 3.9% the IMF had predicted earlier this year), which is in line with 2017 growth, but better than 2016 numbers. Better growth tends to translate into more jobs, improved wage growth and more consumer confidence. And to inflation, which leads to even higher rates.

Higher rates may also, finally, result in more savings for Canadians. In theory, savings account rates should rise as interest rates climb. In reality, banks are far more willing to take money from you than up the amount they pay you.

According to consulting firm McVay and Associates, interest paid on high-interest savings accounts (HISAs) has only increased by 0.13 of a point since the Bank of Canada started raising rates last summer. Why? Because there’s no incentive for banks to increase their savings rates. The McVay report estimates that Canadians have $500 billion in HISAs, up 40% over the past five years. We put more money into these accounts when rates were low, so why would they increase them now?

That said, some of the upstart “digital” banks, like EQ Bank, which doesn’t have the same customer base as the big six banks do, have higher rates on their accounts. It’s offering 2.3% interest on its savings account, while its five-year GIC, which it introduced in March, comes with a 3.36% rate, nearly a full percentage point higher than then the yield on the 5-year Government of Canada benchmark bond. (Only use GICs if you don’t need the money right away as those funds are usually locked in. There are redeemable GICs, but rates may not be as high.) In other words, if you do want to make money on your savings, you’ll need to shop around.

A curve ball for stocks and bonds

Things get trickier when it comes to stocks and bonds. On the equity side, a better economic environment should translate into higher corporate earnings for companies, but, Norman Raschkowan, president of TenSquared Investments, says rising rates can cause valuations (measured by price-to-earnings multiples) to fall. It’s why sectors like utilities or real estate, which are thought of as bond substitutes, tend do poorly when rates rise. “Just like bonds, investors want higher dividend yields from these shares,” he says.

Faster growing companies, like you might find in the tech sector, or financial sector operations which earn more off higher borrowing rates, can do better when rates increase. “Find companies where rising earnings more than offset the decline of their PE multiple,” he says.

As for bonds, when yields rise, fixed-income prices fall and vice-versa. It’s fine if you hold a bond to maturity, but if you want to sell it early, or, more likely, if the manager of the bond fund you hold wants to sell early then you’ll lose money.

READ: What to do about your debt when rates rise

It may be better to put assets earmarked for fixed income into short-term money market or short-duration bonds. “The shorter the maturity, the less sensitive prices are to changes in rates,” he says. When those bonds mature, you can then buy other ones at higher rates.

What about my mortgage

Then there’s housing. Many experts are watching to see how rates impact home prices. Rising rates mean more expensive mortgage payments, which then makes it harder to buy a home. Indeed, we have seen prices fall and sales stagnate in parts of Canada, like in Toronto where prices fell by 12.4% year-over-year in May. While that can be attribute to tighter lending rules, the fact that mortgage payments are getting more expensive is surely playing a part, too.

READ: 7 investing rules to live by

People can still get a low rate if they shop around, but rates are rising. According to Rate Hub, the 5-year discounted mortgage rate – a rate below the posted rate that most people can get – is climbing. A year ago, the discounted rate was 2.24%; it’s now at 3.3%. If you have a variable rate mortgage you may want to lock in, says Raschkowan, or risk seeing your payments increase. In any case, it’s going to get more expensive to own a home, unless prices fall.

At this point, rates are impacting my variable-rate mortgage most, though increased stock market volatility, which is partly a result of rising bond rates, could, at some point, do a number on my investments, too. Unfortunately, there’s not a lot people can do about it. We were never going to stay in a near-zero rate environment, now we need to figure out how to live in a rising rate one.