The cost of life in the suburbs

A new study highlights the often overlooked price of living in the suburbs: a second car.

Think that house in the suburbs is cheaper than the house in the city? Not so fast, argues a new report by Sustainable Prosperity, a national research and policy network, based at the University of Ottawa.

Researchers estimate suburban households drive roughly three times as much as families close to the city centre resulting in hefty car ownership and fuel expenses. Eliminating one car from a Calgary household’s bills for instance could net $10,000 a year. Multiply that over the life of a mortgage and suddenly that home in the ‘burbs costs hundreds of thousands of dollars more than the sticker price suggests. Home buyers should consider the costs of more than just propriety at time of purchase,” the report authors said.

MoneySense followed two families last year to explore the benefits and pitfalls of suburban and city life. Miles apart: suburbs vs. city is a great read if you’re considering a move yourself.

Urban sprawl also gives rise to a host of other socio-economic issues, as illustrated by this infographic created by Jack Dylan of Point Blank Creative for Sustainable Prosperity. 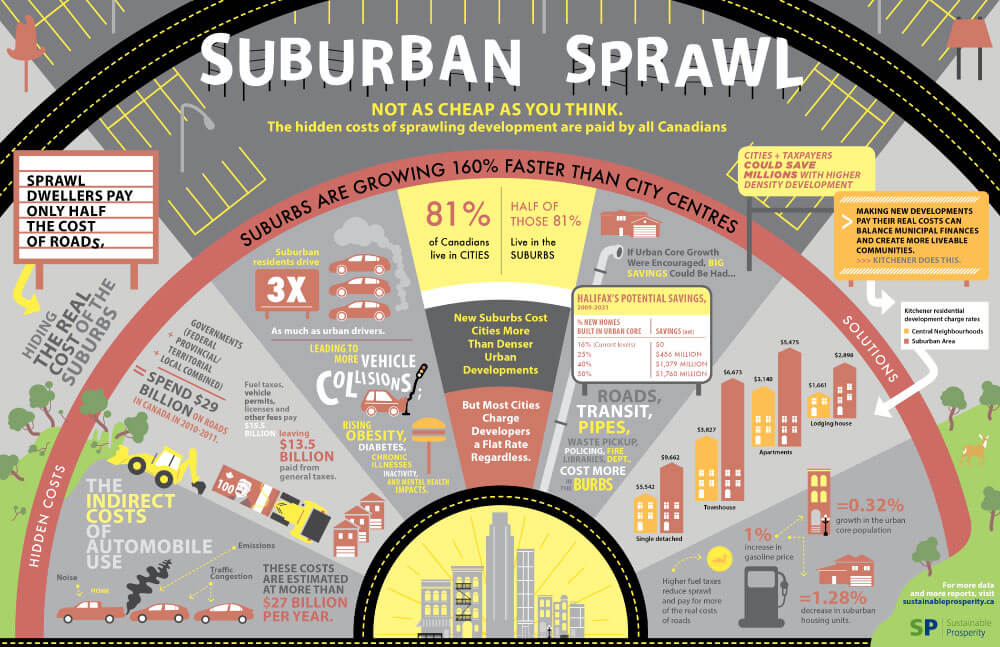