How much should you really spend on dining out?

Takeout can quickly blow your budget 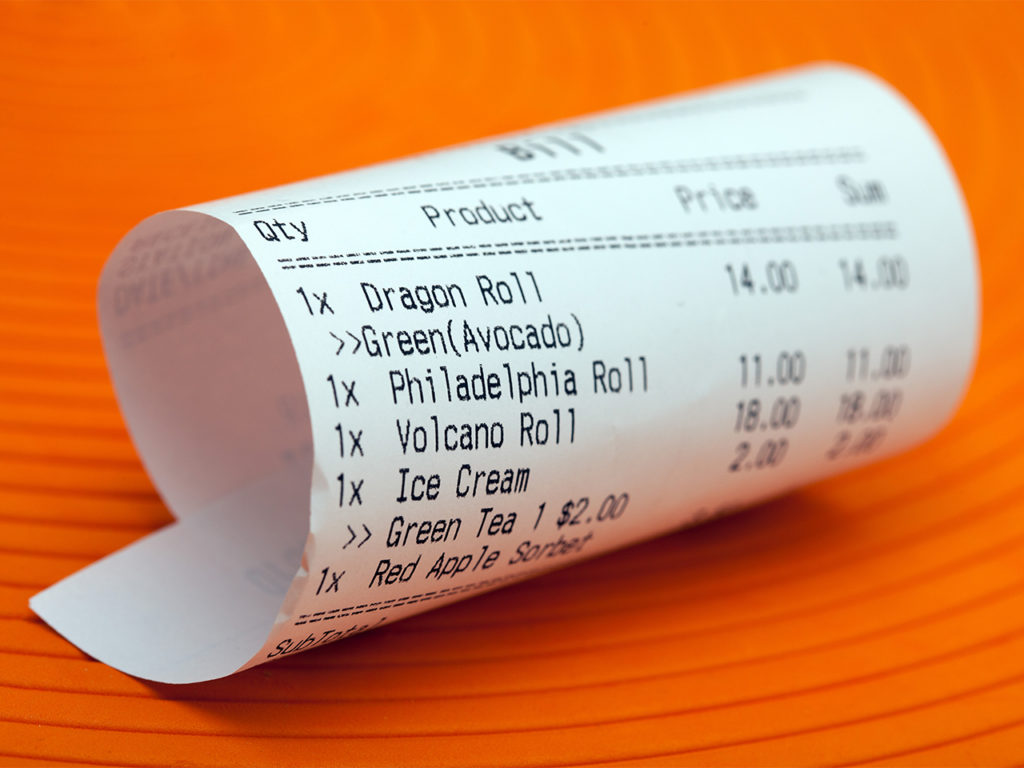 So, this is embarrassing. The week before I wrote this article, I wolfed down two store-bought lunches, three coffees and a couple of muffins while rushing between meetings. (Not all at once, thank goodness.) Chipotle, the Tex-Mex restaurant? It became my new best friend come dinnertime.

Hoisting a bag full of takeout burritos into my car one night, I found myself thinking, “I’m tired. I work hard. I deserve this.”

Of course I’m not the only Canadian to spring for takeout for the sake of convenience. There’s even the numbers to prove it. A recent survey listing so-called financial “guilty pleasures” showed that 72 percent of people dine out and 71 percent order takeout more than a few times a month, making restaurant spending the number one indulgence for Canadians.

Canadian consumers are also spending more on restaurant meals than ever before, according to the 2018 Canada’s Food Price Report.

Developed by researchers at Dalhousie University and the University of Guelph, the report indicates that in 2018, the average home in Canada is expected to allocate nearly 30 percent of its food budget to food service, the highest number ever recorded. For instance, if a family of four spends $11,948 in total for food over the course of the year – the average, according to the report – then $3,584.40 of that is spent at restaurants and takeout counters. That’s nearly $300 per month.

These numbers don’t surprise Linda Robinson. As a certified cash flow specialist in Hamilton, Ont., she says she often sees clients who are spending $4,000 or even $5,000 each year on restaurant food.

“The reality is, nobody needs to go out to eat, buy that coffee or buy that bagel,” she says. “But it’s about what you’re willing to say yes or no to.”

Take, for instance, one family Robinson has worked with for a while. Although the family of five had an annual income of about $200,000 when they first came to see her, they always seemed to be running out of cash by the end of the month. So where was it all going?

READ: How restaurants rack up your bill

After tracking their spending and running the numbers, Robinson discovered the family was shelling out $1,200 a month on groceries — plus a whopping $1,400 on takeout.

It’s probably not surprising that people are forgoing home-cooked grub for quick meals prepared by others these days. According to another Dalhousie study, 57 percent of the population who are Generation X (born between 1965 and 1976), don’t prepare meals during the week, with many citing “lack of time” as the culprit. Forty-six percent of Millennials follow this pattern too.

Convenience meals can feel like the answer — even if it means spending more than the recommended 10–20 percent of the family’s total budget on food. Luckily, there are some ways to lower restaurant costs and keep finances on track.

Most restaurants offer a menu during the day that’s often similar to their dinnertime offering — but without the hefty price tag. Take the award-winning Vancouver restaurant Au Comptoir. At lunch, it serves a steamed fish of the day for $18, while diners pay $34 for roasted halibut in the evening.

Want to get two meals for the price of one? Set aside half your restaurant meal and ask to have it packed up for home. Voila. Lunch for the next day.

Having a credit card handy makes it easy to feel like money is no object when ordering food. Create a restaurant budget for the week and take out that amount of cash at the ABM. Once the cash is gone, it’s gone.

If you’re still having a tough time keeping your restaurant spending under control, focus on what you can do with that money instead. Robinson once helped a client by taking away $200 from his monthly restaurant budget and allocated it to paying off a $20,000 credit card bill faster. (He was already set to spend $350 per month.) By accelerating payments, the debt was paid off in five years instead of the original 15 years.

What’s more, once the debt was paid, she invested that same monthly payment — he was already accustomed to living without it anyway — and 10 years later, the client had no debt and $81,000 in the bank.

And his newfound peace of mind? Priceless.