“We had our kids late—will we ever be able to retire?”

Starting a family in your 40s means you’ve had time to get established in your career, but also that your youngest may be in university at the same time you were hoping to be retired. Financial pros share tips for keeping your money goals in balance. 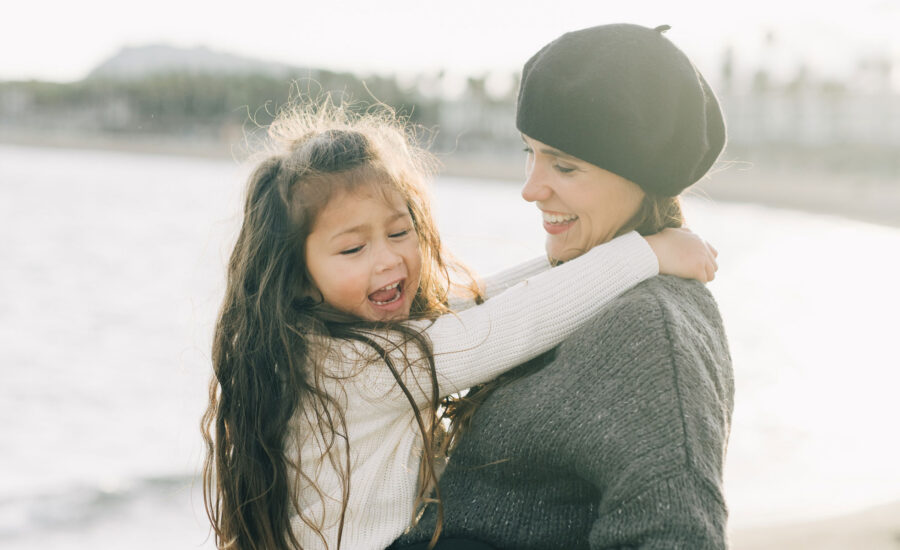 Photo by Olya Kobruseva from Pexels

Natasha Hall was 40 years old when she became a parent. The broadcaster and radio host, who had been in a long-term, committed relationship, figured it was now or never. “I always knew I wanted to be a mom but I couldn’t quite get my act together to settle down properly, and my guy was kind of in the same boat,” she reflects. “[But] after five years together, we realized there was never going to be a perfect time and that we’d better get cracking before it was too late.”

Today, they’re enjoying life in Montreal with their seven-year-old daughter, but worries about their financial future are never far away. “We’re scared that we won’t ever be able to retire comfortably,” Hall says. “Because we had our daughter late, we expect to still be supporting her as we get close to when we would ideally be retiring.” Assuming that she completes a four-year honours degree, Natasha will be in her 60s before there’s any prospect of her daughter becoming financially independent.

With the cost of raising a child to adulthood estimated at over a quarter of a million dollars, having a family is financially challenging at any age, but for Canadians, like Hall, who become parents at later ages, “the convergence of life’s three major goals,” adds an extra degree of difficulty, explains says Kurt Rosentreter, a CPA and senior financial advisor with Manulife Securities. “Around the age of 50, a couple is closing in on 20 years of a mortgage and if they had kids, they’re off to university,” he explains. They’re in a very expensive life stage at the same time as friends who started having kids earlier begin to shift into their next life stage—with their adult children moving out, they can consider trading the home they raised their family in for something smaller, maybe even reduce their work hours if they’ve been planning to take early retirement.

As social and economic factors colour individuals’ life choices regarding career advancement and financial stability, the age of first-time parents has crept upwards, putting Hall in good company. According to Statistics Canada, the fertility rates of women ages of 40 to 44 years of age has steadily increased year over year between 2001 and 2016. In 2001, the average age of first-time motherhood was 27; in 2016, it was 29.

But while there are some money issues unique to those who have children at a later age, there are steps these parents can take to secure savings for both their children’s education and their own retirement. The key, Rosentreter says, is to have a clear-cut plan that includes achievable goals along the way. “Many of these parents are floating through their 30s and 40s with their savings but they’re not defining the end game on their financial plan,” he says. As a result, he says, many older parents find themselves short on resources at a time when they should be enjoying the sunset of their lives.

One of the biggest considerations for parents who started later is their planned age of retirement: If you’re 47 when your youngest is born, your child will likely start university or college the year you turn 65. How much longer will you need to keep working?

“In my 20s, when I had my first daughter, I thought I would retire by 55,” recalls Kathleen Powderly of Ottawa. Then she had a second child at 45 “and got married six months later, which brought two more children into my life.”

With her eldest in university, her youngest in kindergarten, and a 14- and 11-year-old in between, Powderly’s plan for an early retirement has changed. Now 49, she’s recognized the need to reset her previous financial plans, and is looking for advice on how to maximize her assets so that she can help all four children with their launch to adulthood, and still save enough for her golden years.

According to personal finance specialist Rubina Ahmed-Haq, one of the top financial mistakes older parents make is to defer saving for retirement in order to help their children with various expenses, including education, home purchases and weddings.

Ahmed-Haq urges first-time parents to make sure that they’ve secured their own financial future before sacrificing it for the sake of their children: “Kids can always borrow to go to school,” she points “but you can’t borrow for retirement.”

Saving for retirement is of particular importance for women, she stresses: “Statistics show that women are most likely to be alone for 10 years in retirement, so they need to plan for living a retirement on their own.”

Kathryn Del Greco, a vice president and investment advisor at TD Wealth, Private Investment Advice, works with clients to build out a detailed, year-over-year financial plan that will allow them to reach their retirement goals, even as they balance the challenges of having dependent children at home later than many of their peers.

“Stay on that plan that you’ve started and continue to save for retirement because you can’t let your child’s education replace your need to retire comfortably,” she advises.

Inside a Registered Education Savings Plan (RESP), you can contribute a lifetime maximum of $50,000 per child—and you can start saving as soon as you get a social insurance number (SIN) for your newborn. The earlier you start, the easier it will be to save, for a couple of reasons. First is the magic of compounding: the longer your investment horizon, the more opportunity your money will have to earn returns on top of returns. As Ahmed-Haq puts it, “The faster you get it in there, the longer it has time to grow.” Second, if you’re able to contribute $2,500 per year, the government kicks in up to $600, depending on your family income, through the Canada Education Savings Grant (see the table below).

Recognizing it can be hard to come up with contribution money, Ahmed-Haq advises parents to save a year in advance, using the Canada Child Benefit (CCB) payments received. “You should always be putting money away for your child’s RESP [in the current] year to contribute for the following year,” she explains. “This way you can make the whole $2,500 payment in January, and take advantage of the full Savings Grant right way rather than getting it in bits and pieces. [This strategy allows you to] invest the money earlier and see it grow for a longer time.”

She reiterates that saving for post-secondary tuition should never happen to detriment of your retirement savings. “Always save money in you RRSP first and then in your child’s RESP,” she advises. Kids can contribute to the cost of post-secondary education through money they earn in part-time jobs, and potentially scholarships (there are more options than you think) as well as student loans.

Kathryn Del Greco, a vice president and investment advisor at TD Wealth, Private Investment Advice,  encourages parents to have conversations early in their children’s lives about financial goals and expectations, including what they are expected to contribute to their post-secondary education. As part of the financial planning process, she works with clients to build out a detailed, year-over-year financial plan that will allow them to reach their retirement goals.

“Stay on that plan that you’ve started and continue to save for retirement because you can’t let your child’s education replace your need to retire comfortably,” she advises.

Life insurance is not optional

Life insurance, though often looming large over later-age parents, is often the first expense to go. And while all three experts underscore the importance of having monies available to their children in the event of accidents or death, the reality is that this advice is not often followed.

“Every parent needs to have life insurance because no one wants to leave a burden behind to their family,” says Del Greco.

While there are many different types of life insurance available, Del Greco recommends term insurance for older parents who want to make sure that their children are taken care of in the event of an unforeseen tragedy. Because term insurance covers you for a specified number of years, it is generally less expensive to get the amount of coverage you need, especially as you begin to age; the less likely you are to die, statistically, the lower your premiums will be.

While she stresses that it’s important to consider different options to determine which policy fits your situation best, Del Greco suggests that for many, like Hall and Powderly, a 20-year policy would ensure your kids are taken care of through their university years, if needed. “A term policy [that pays out] 10 times your annual income will allow you to replace the income that your family will not have available to them for 10 to 12 years” in the event of your untimely death.

As the age of first-time parents creeps up, she also advises that they consider critical illness insurance, to replace their income if you’re unable to work due to a heart attack, stroke or other health issue.

Del Greco suggests staggering out different insurance policy maturity dates in order to optimize coverage. She reminds parents that working with a trusted financial advisor will allow for the best decisions to be made, based on individual family circumstances.

Back in the Hall household, retirement plans are being tempered by the here and now, and the family is committed to making good financial decisions. “We’re working on doing a detailed budget so we know exactly what is coming in and what’s going out,” she says. “We need to know where we’re at and that we’re doing okay financially.”