Bonds brought investors a paltry 0.4% and 0.72% in the last two quarters of 2020, respectively, before registering negative returns in early 2021. Industry pros weigh in with their best solutions. 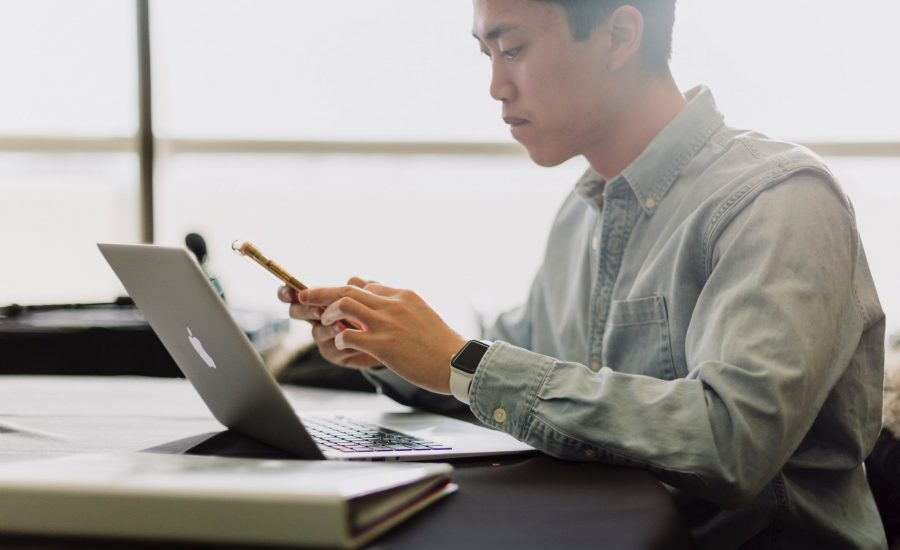 Regular readers of the recently published MoneySense ETF All-Stars package may notice a growing skepticism from our panellists about bonds as an asset class, and bond ETFs in particular.

The bond bull market is getting long in the tooth after four decades of tailwinds generated by declining interest rates. As seasoned investors know, there’s an inverse relationship between interest rates and bond prices. When rates rise, bond prices fall, and vice-versa.

Predicting interest rates is as fraught with peril as divining short-term stock market moves. Pundits were declaring two and three years ago that interest rates couldn’t possibly fall much further, and that the next move could only be up. Tough call in practice, especially when in Europe and various other developed nations there is the spectre of negative interest rates.

COVID-19 has had an impact, says Matthew Ardrey, wealth advisor with Toronto-based TriDelta Financial. He cites the Vanguard Aggregate Bond Index ETF (VAB/TSX) as a proxy for fixed-income markets. (VAB happens to be a longtime ETF All-Star.)

When COVID hit early in 2020, governments quickly cut interest rates as capital fled from stocks and into bond safe havens, Ardrey says; that led to a quarterly return in the second quarter of 2020 of 7.19% for VAB: “An incredible return, but hardly sustainable.” For the last two quarters of 2020, bonds did little more than clip coupons, returning 0.4% in Q3 and 0.72% in Q4. Extrapolated over a year, those would amount to 2.24%, Ardrey estimates.

But then in 2021, to the shock of many, bond returns went negative, with VAB falling 5.32% in the first quarter, due to rising bond yields, inflation concerns and investments seeking higher yields elsewhere. Things were no better at rival BlackRock: the iShares Core Canadian Universe Bond Index ETF (XBB) was down 4.5% year-to-date by the end of the first week of April. Long-term bond ETFs were down twice as much, while short-term bond ETFs were only slightly under water.

With overnight rates at 0.25% and housing markets smoking hot, it’s unlikely rates will be cut again, Ardrey says. While not predicting an imminent rate hike, he says, “Certainly the next interest move will be up when it comes.”

Watch: If I have a pension, should I cut down on bonds?

Aaron Hector, vice-president of Calgary-based Doherty & Bryant Financial Strategists, thinks the main concern now is “the potential for volatility in what has long been the less volatile portion of your portfolio.” Short-term bonds help mitigate the volatility, Hector says, but even short-term bonds will not react positively to rising interest rates. If saving for short-term goals, he suggests using high-interest savings accounts rather than short-term bonds. He prefers high-interest savings accounts to GICs because the former are more flexible, and the rate differential is minimal.

You’ll have to look beyond the Big 5 banks, which pay about 0.05% in so-called “high-interest” savings accounts. Be careful with advertised rates, which may apply only for introductory periods of three to six months, after which the rate may revert back to almost nothing. Outside the big banks, Hector suggests popular options like Motive Financial or EQ Bank.

Investors who do not want to adjust their risk profile should try to shorten the duration of their bond portfolio. Shorter-term bonds pay less interest than longer-term ones, but have less potential for capital losses if rates soar. Consider bonds with higher yields, such as high-yield (junk bonds) or investment-grade corporate bonds, or ETFs holding them.

Note VAB is roughly half in shorter-term bonds, but has a healthy smattering of bonds maturing anywhere from five to 20 years or more from now. Vanguard’s popular Asset Allocation ETFs hold VAB as a major part of its domestic fixed income, along with U.S. and foreign equivalents. Most of the equivalent AA ETFs from iShares, Horizons and BMO are in the same boat.

So it was with interest that I noted the announcement from Vanguard’s U.S. parent company of a short-term actively managed bond ETF which addresses some of these concerns. The Vanguard Ultra Short Bond ETF (VUSB) invests primarily in bonds maturing in zero to two years. It’s considered low-risk, with an MER of 0.10%. There are no immediate plans to launch the equivalent in Canada, says Vanguard Canada spokesperson Matthew Gierasimczuk. Of course, Canadians are free to buy the U.S.-dollar equivalent, just as they can any foreign ETF trading on American exchanges. Just be aware of the added layer of currency risk.

Can funds like this allay the above concerns, or are investors better off leaving some of their cash equivalents in short-term GICs or highly liquid, relatively high-yielding daily interest savings accounts?

Here’s what ETF All-Star panellist Ben Felix, of Ottawa-based PWL Capital, has to say about VUSB: “I don’t think a fund like this replaces a high-interest savings account or GIC because its price can fluctuate. If someone has a fixed cash need this might not be ideal.”

Felix says VUSB’s investment objective is to provide current income while maintaining limited price volatility. It invests in a diversified portfolio of high-quality and, to a lesser extent, medium-quality fixed income securities and is expected to maintain a dollar-weighted average maturity of 0 to 2 years. It invests in money market instruments and short-term high-quality bonds, including asset-backed, government and investment-grade corporate securities.

“Although short-term bond funds tend to have a higher yield than money market funds, their share price fluctuates,” Felix says, “Because the Ultra-Short Bond fund will subject investors to principal risk, the fund shouldn’t be viewed as a substitute for a money market fund. Additionally, increases in interest rates can cause the prices of the bonds in the portfolio, and thus the fund’s share price, to decrease.”

That said, Felix is not too concerned about rising rates. “Bonds are never a good place for cash needs. If rates rise, prices drop, and yields rise. Maturities and coupons get reinvested in higher yielding bonds. As long as the duration of the bond fund isn’t too out of line with the investor’s horizon, it shouldn’t be too bad.”

Another All-Star panelist, Yves Rebetez of Credo Consulting, quips that bonds currently provide “return-free risk.” Products like the new Vanguard fund fit the bill of low duration and high quality, he says, which means they have less downside risk. In the best case, bonds overall will continue to fare generally poorly but not dramatically so. “The result will be underperformance on the longer-duration side.”

Vancouver portfolio manager Adrian Mastracci, of Lycos Asset Management Inc., similarly sees little value these days in the bond market. Fixed-income investors “need to be open to considering other things,” like mortgage funds or Real Return Bonds—but “there’s nothing to get excited about. That’s the problem.”