“With the higher inflation and increased government borrowing associated with war time, investors seeking safety may want to think twice before shifting assets from stocks to bonds.” 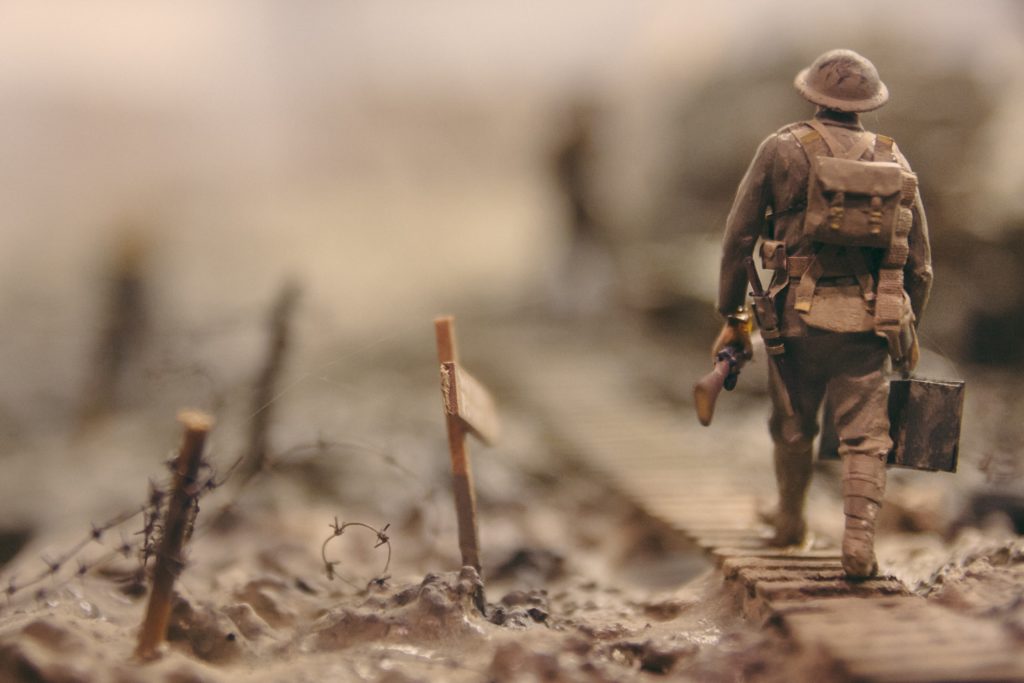 Photo by Stijn Swinnen on Unsplash

When the U.S. killed Iranian commander Qassim Suleimani outside of Baghdad International Airport on January 3, 2020, not surprisingly, people around the world got very nervous. Most of the concern was around whether America had just kicked off World War III and how many lives could potentially be lost; but many people were also no doubt thinking about how a protracted battle in the Middle East might impact their retirement accounts.

While war is, of course, terrible and destabilizing, it turns out that conflict can bolster portfolios. In 2013, the CFA Institute ran some numbers and found that during periods of conflict, equities rise and, in many cases, have even beaten the market’s long-term average annual return. During World War II, the Korean War and the Gulf War, U.S. large-cap stocks rose by 16.9%, 18.7% and 11.7%, respectively, outperforming the average large-cap annual return (between 1926 and 2013) of 10%. Large-caps didn’t perform as well during the Vietnam War, but they were still up, returning 6.4%. Small-cap stocks also did well, other than during the Gulf War. (See chart below.)

As well, the CFA Institute found that volatility is lower during times of war—12.8% versus 19% for large-cap stocks. “One would expect the uncertainty of the geopolitical environment to spill over into the stock market. However, that has not been the case,” wrote Mark Armbruster, the author of the CFA’s report. It’s a similar story elsewhere. In 2014, I wrote an article on how Israel’s stock market performs in times of conflict and, for the most part, its equities have climbed, too.

On the bond side, fixed income tends to underperform during a crisis because, says Armbruster, “inflation has been higher during war times. Bond returns have historically been negatively correlated with inflation. Another explanation is that governments borrow more during wars, thus driving bond yields up and bond prices down. With the higher inflation and increased government borrowing associated with war time, investors seeking safety may want to think twice before shifting assets from stocks to bonds.”

However, investors will have to push through some short-term losses before getting to the gains. According to a new report by CFRA Research, markets do tend to fall on the day of an attack, and in the days following. The report looked at 20 different incidences, from the Boston Marathon bombing to the attack on Pearl Harbor, and found that the S&P 500 fell, on average, by 1.2% on the day of an event. Over the next 22 days the market continued to drop, falling by an average of 5%. It took an average of 47 days to recover those losses, though for many attacks, including the Yom Kippur War in 1973 and the London Subway bombing in 2005, the market recouped its losses in just a few days.

When it comes to the current crisis, the S&P 500 did drop by 1.5% on January 3, when Suleimani was killed, but it bounced back after Iran’s attack on two U.S. air bases. As I write this, the market has returned to where it was January 2. (The S&P/TSX Composite Index fell by just 0.22% on Jan. 3; it’s now up 0.77% since the initial attack, likely because West Texas Intermediate crude prices have increased by about $2 since the day before the initial attack.)

Why markets rise in times of war is an open question; investors are supposed to hate uncertainty, and what’s more uncertain than a massive war in the Middle East? But Brad McMillan, chief investment officer at Commonwealth Financial Network, has a theory. In a 2017 blog post, he wrote that “wars bring the nation together, and this patriotic spirit may come in the form of investment in domestic companies. A more compelling argument, perhaps, is that wars magnify government spending, which results in increased revenue and earnings for those companies that are awarded government contracts. Wars also entail spending on rebuilding.”

Of course, past performance is no indication of future performance, and with a trade war already impacting U.S. consumers, an escalation of an armed conflict could make people and companies nervous enough that they hunker down and stop spending. In any case, as the evidence suggests, war isn’t a reason to sell your stocks, even if you’re worried about what might happen next.

A guide to the best robo-advisors in Canada for 2021