Making sense of the markets this week: April 24 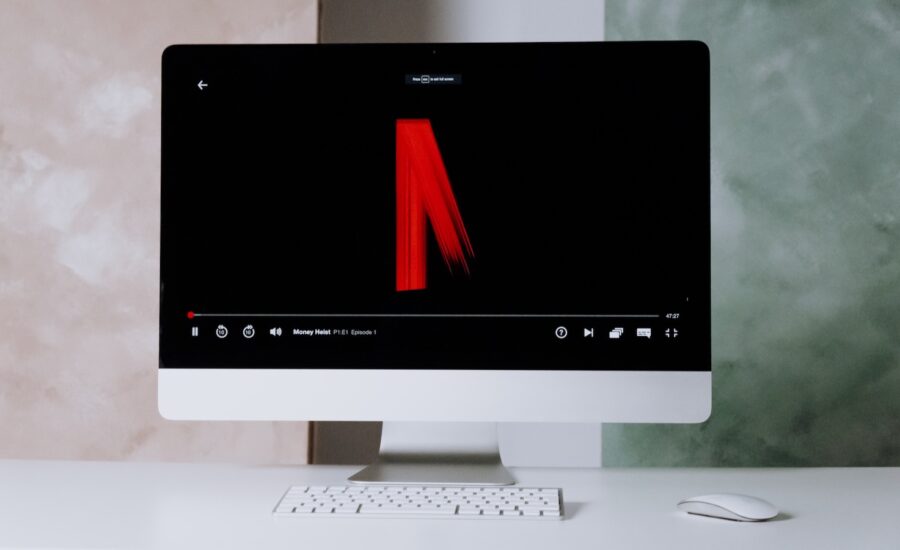 Inflation headlines are the clickbait of the financial universe

Given the prevalence of “X is up Y%” announcements, I’m reminded of an anecdote that David Chilton (noted author of The Wealthy Barber and Dragon’s Den TV star) passed along one time. He said:

“Ignore the fancy metrics. The most reliable indicator I’ve seen for when the stock market is about to go down is when teachers start talking about it.”

The idea was that teachers, as a group, are amongst the most conservative middle-class people in Canada. If they’re talking about stocks, we’re probably at a market peak. In a similar vein, I’ve decided to start tracking the Canadian dinner party indicator. The more a financial topic is discussed at a dinner party, the more likely it is to have reached a top.

How many Canadian dinner party conversations these days start with some version of: “Prices just keep going up. When will it end?”

One of the main drivers of recent inflation has been the COVID-19-choked points in the supply chain. The chart below is a pretty solid indicator that most stores are back in stock despite the recent outbreak of war and Chinese pandemic lockdowns. If businesses are paid to find logistical solutions, they usually do—eventually.

The Wall Street Journal confirmed that trucking demand and shipping rates are also down from all-time highs. It appears that some version of the “inflation is transitory” narrative might be finally starting to come true as people shift back to consuming services and travel, as opposed to purely consumer goods.

Even used cars—one of the prime contributors to the rising Consumer Price Index (CPI)—have begun to deflate from their headline-worthy escalation over the last couple of years.

The truth is everyone is guessing about where inflation will go—and how interest rates might follow—but no one knows for sure. We’re coming out of an unprecedented situation that was responded to with unprecedented government fiscal and monetary policy.

That’s before we try to factor in apartment doors being welded shut in Shanghai and a war between two of the world’s largest commodity exporters. The lesson (as it often is when trying to make sense of the markets) is not to make drastic decisions within your portfolio based on headlines.

Has Russia been forced to withdraw from my ETF?

One of the big benefits of all-in-one exchange traded funds (ETFs)—or thematic ETFs such as those covering emerging markets—is how easy it is to get instant exposure to thousands of companies from around the world.

However, given the moral issues that many investors have with financially supporting Russian companies that are being used to indirectly fund the war in Ukraine, ETF buyers may want to know if their portfolios are still allocating money to Russian companies.

The investments in broad index ETFs are not normally chosen by the company that sells them and puts their name on them. Instead, companies like Vanguard or BlackRock use indexes that are calculated by third parties, such as MSCI, S&P Dow Jones Indices and FTSE Russell. Those three major index providers have all dropped the shares of Russian companies from their portfolios. This wasn’t a small matter, as it meant Russian companies disappeared from more than 9,600 MSCI indexes and 250 S&P indexes among others.

If you’re an index investor, like myself, you may rest easier knowing that if you go to the Vanguard site right now you’ll see this:

It’s interesting to note that even before the war, several ETF providers already started to tilt away from Russian equities due to the increased risk profile. For example, Vanguard was quick to point out that their popular Vanguard FTSE Emerging Markets ETF (VWO) had only a 2.75% weighting in Russian equities before the war broke out, relative to the 3.72% average weighting based on all emerging market funds.

Here’s a peek at which emerging market and all-in-one ETFs had exposure to Russian equities before the war:

Special purpose acquisition companies (SPACs) have entered the mainstream financial lexicon over the last few years. Essentially, these are big pools of money generated from investors in the hopes that they can find something useful to buy in the next two years. Because of their highly flexible nature, SPACs are often referred to as “blank-cheque companies.”

“A special purpose acquisition company (SPAC) is a company that has no commercial operations and is formed strictly to raise capital through an initial public offering (IPO) or the purpose of acquiring or merging with an existing company.”

Like other financial trends, SPACs appeared to have hit peak popularity right about the time they outlived most of their usefulness. It looks like there are now way too many big pools of money chasing way too few attractive acquisition targets.

For example, shares of the SPAC created to fund Donald Trump’s social media company are down 75% from their recent highs. The SPAC is called Digital World Acquisition and was created with the purpose to merge with Trump’s Truth Social.  Several hedge funds have stated that they expect shares to fall further, and are now shorting the stock.

The IPOX Spac Index tracks the USA’s public SPAC market. Since formation in July 2020, it lost 9.5%, during a time when a basic S&P 500 index fund would have generated a total return of nearly 34%. The last nine months have been particularly rough, as the index lost more than 22% of its value.

That downward trend might look even worse a year from now. Currently, there are more than 600 SPACs circling around looking for something cool to buy, with a fairly strict time limit on how long they get to stay in business without spending their money. That seems like a strong incentive structure designed to promote panic buying on a mass scale.

Confirming my diagnosis of fiduciary malpractice is that many SPACs trade on various exchanges (usually the Nasdaq stock exchange) substantially below the value of the initial money that was put into the venture. Clearly, investors are getting nervous about the potential for suboptimal deals taking place.

SPAC boosters claim their investment vehicle is advantageous because of how quickly it can move on a big acquisition, and that companies will want to attract SPAC attention versus traditional IPO funding due to a lower regulatory hurdle to clear. A.K.A.: “It’s less expensive and a lot less paperwork to get purchased by a SPAC than to go public.”

With dealmakers backing out of 44 planned SPAC listings in the last three months, it appears that blank-cheque companies aren’t so spacial after all.

If anyone fondly remembers the dark days of pandemic lockdown, it should be Netflix investors.

Those lofty heights stand in stark contrast, as today “Netflix and chill” is an apt description of the stock’s temperature. Netflix trades under the ticker symbol NFLX on the Nasdaq exchange.

The streaming juggernaut once saw such high-flying growth, it was commonly referred to as a FAANG stock (Facebook, Apple, Amazon, Netflix, Google). And there seemed to be no end to new subscribers.

Well, their recent earnings report showed that Netflix has indeed begun to reach a saturation point. And while that might not mean the company is in any sort of conventional trouble, it has led investors to rethink what a proper valuation of the company should look like, as the price-to-earnings (P/E) ratio now sits at about 20, after starting the year at over 50.

After disclosing that its total subscriber numbers were down for the first time in 10 years, with losses of 200,000 subscribers for the quarter, Netflix promptly saw its stock price fall off a cliff. It plunged 35% on a single day—April 20th.

Now, it should be noted Netflix still has 222 million subscribers around the world, generated nearly US$8 billion in revenue, and it had higher earnings per share than many experts predicted.

The streaming giant has been criticized for accompanying announcements that it was considering the introduction of advertising and cracking down on password sharing in order to raise revenues going forward. However, shareholders might not give management much of a choice as they seek to juice earnings growth.

Hmm… a pioneering company with a massive first-mover advantage and a sky-high valuation has come back to Earth as new competitors have arrived and traditional companies have adapted to the new reality.

If I owned Tesla stock (I don’t), I would be reading this story very closely right now. As always, no matter how world-beating a single company looks at a given moment, diversification is almost always an investor’s friend.