Dale Roberts is back, and he looks at “what the heck’s been going on!”—plus Canada’s retail darling, crypto and Twitter’s collapse. 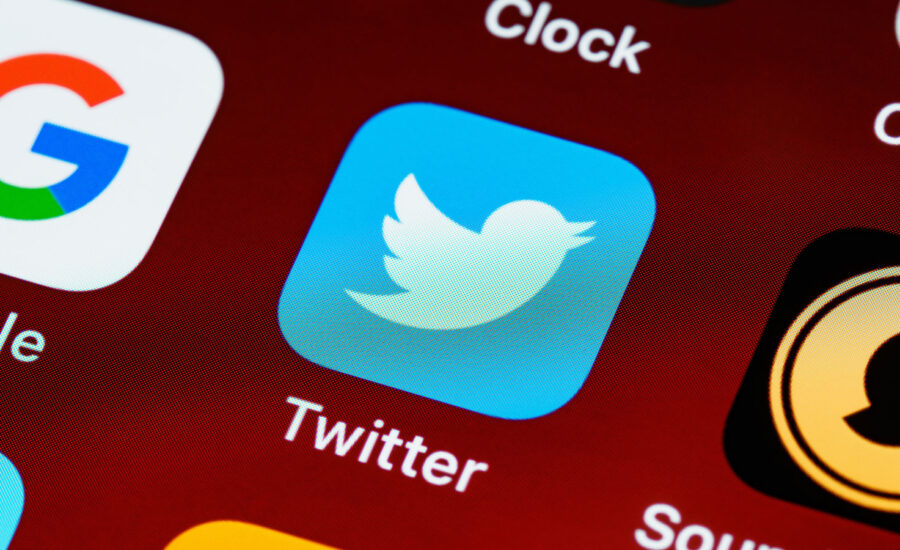 Photo by Brett Jordan from Pexels

It’s wonderful to be back writing “Making sense of the markets this week” at MoneySense. I am gladly filling in for a few weeks while Kyle Prevost is away on a dream family vacation.

I’ll start with my take on what the heck has been going on in the markets over the last few weeks. While the story evolves, the main theme hasn’t changed since the last time I penned this column, back in early August. The U.S. Federal Reserve and central banks around the world are raising interest rates to attempt to cool spending and bring down inflation. U.S. stock markets entered a bear market (down over 20% from their peak) in June, but they were rallying in August on the hopes of a Fed pivot.

But that rally stalled. Markets fell hard again. And then they recovered again.

In late November, we are now about six weeks into another uptrend. And, investors are on a roller coaster ride.

Here are the S&P 500 returns over the past year.

When markets go down, investors are often anticipating a recession. When they go up, investors are thinking we’ll get a “soft landing” or are suggesting they don’t think the central banks are that serious about continuing with their aggressive rate hike cycle.

The Fed and other central banks are trying to curb the enthusiasm of consumers. But at times, investors are having none of that tough talk.

Federal Reserve officials made a series of speeches over the last two weeks, indicating that the interest rate hikes needed to fight inflation would continue. On Thursday, November 17, St. Louis Federal Reserve President, James Bullard, said the central bank still has a lot of work to do before it brings inflation under control. Of course the markets went down aggressively, then up, even in a single trading session. 🙂

You can also follow the bouncing ball on my blog. My recent Sunday Reads posts have included: The markets hope and pray for a rate hike hiatus, inflation cools and stock markets rip, and the Fed pivot turned into a divot.

This week, the U.S. Federal Reserve released the minutes from its last meeting in October 2022, when it raised the overnight rate by 75 bps or 0.75%. Here is a very good summary courtesy of Yahoo Finance.

As anticipated, the Fed will slow the pace of rate hikes. Meaning, instead of 0.75% hikes, we might see 0.50% or 0.25% hikes. The markets moved higher thanks to that confirmation. The S&P 500 moved back above 4,000, recording its first close above that mark since September 12.

“ ‘A number of participants observed that, as monetary policy approached a stance that was sufficiently restrictive to achieve the Committee’s goals, it would become appropriate to slow the pace of increase in the target range for the federal funds rate,’ the minutes showed.

“‘In addition, a substantial majority of participants judged that a slowing in the pace of increase would likely soon be appropriate.’ ”

That said, the Fed also sees persistent inflation as a problem, and it may have to take rates to a level higher than previously expected.

What does that mean? Here’s Fed Speak translation: That’s the terminal rate, where the rate hikes will peak.

Projections from the Fed’s September policy meeting pointed to rates peaking at 4.6% next year. They will soon update their terminal rate projection. The market consensus is that we will see a 0.5% hike in December, followed by one or more 0.25% hikes.

Wall Street is growing confident that the Fed might be able to pull off a so-called soft landing. The Dow soared 14% in October, its best month since January 1976. The Dow is up another 4.5% in November.

These are fascinating and challenging times—but what’s an investor to do?

The markets have been whipsawing all over the place, reacting and guessing. You don’t have to join them. You could stick to your investment plan. If you’re in the accumulation stage, you could keep buying on a regular schedule. Always, make sure you’re investing within your risk tolerance. If you’re in the retirement stage, you should already be prepared for all of the uncertainties. You might have a look at all-weather models in the advanced couch potato portfolios.

Earnings season is still underway, but it is winding down. Recently, many retailers have been reporting earnings that have been quite strong. Consumers have been holding up quite well, but there are reports that folks are ringing up credit card debt to keep spending. That can only last for so long.

This week, Canadian retail darling, Alimentation Couche-Tard, reported a very strong quarter. I include Couche-Tard as a pick in the Canadian Wide Moat Portfolio. When you own most every street corner offering fuel and snacks, that gets close to an economic moat.

In September 2020, I may have fuelled your curiosity on MoneySense.  In that column, I wrote about their scalable business model:

“In two words: disciplined acquisitions. Couche-Tard has proven many times over the past decade that it can pay a fair price for their acquisitions and then integrate convenience store chains in their model and make them more profitable.”

This week, it reported that revenue increased to CAD$4.1 billion, up 3.0% year-over-year. Same store revenues increase by 5.6%.

At least he can joke about it—on Twitter no less.

Musk’s first move? Fire half of the staff. He then suggested the remaining staff had to work themselves senseless or leave. Half decided to not take him up on that offer. Now he is apparently hiring.

Musk hates advertising, but advertising makes up 90% of Twitter’s revenue. And, advertisers are leaving en masse due to concerns of questionable content permeating the platform, in the name of freedom of speech.

But, at least a few guys decided to stick it out to work through the night(s).

The Atlantic might have it right in its article “Why Elon Musk is blowing up Twitter’s business”. He doesn’t understand advertising.

“Rather than try to learn an entire new set of management skills, he should take the easier, more sensible path: Hire someone who has real experience in social media and strong relationships with advertisers to run Twitter.”

As an avid Twitter user (yes, you should follow me), I hope he figures things out. Or hands over the keys.

I’ll be sure to follow up on this story over the next week or two.

What’s up with bitcoin and FTX?

Regular “Making sense of the markets this week” columnist Kyle Prevost has covered the FTX debacle that has tarnished the entire cryptocurrency industry.

This other article suggests Sam Bankman-Fried ran a personal fiefdom. Money is missing, and creditors are unlikely to be paid in full—or paid anything at all. Investors are likely to only get cents on the dollar for the assets they have on the FTX exchange. It is a terrible mess and very unfortunate for many investors.

One has to separate bitcoin from shitcoins and exchanges. FTX has little or nothing to do with bitcoin and its long term prospects, IMHO. It would be like bringing down gold due to the actions of one mining company. Think: the Bre-X scandal. Of course, the industry needs more regulation. The FTX scandal is likely a much-needed wake-up call.

Bitcoin lives on the blockchain. Have a look at how I answered the question “What is bitcoin?” I wrote, “not your keys, not your bitcoin.” Here’s more from that crypto explainer.

“It is the scarcity of bitcoin, and its finite quantity, that offer the greatest appeal to those who reject or question the value of fiat currencies such as the U.S. dollar, the euro or the Canadian dollar. Certainly, bitcoin, as well as fiat currencies, are created ‘out of thin air.’ But, while central banks can create as much new currency as they see fit, there is a hard limit to the amount of bitcoin. That’s why those who favour bitcoin often call it ‘the hardest currency on earth’.”

In contrast to Kyle Prevost’s column, I feel there is a case for bitcoin getting stronger—not necessarily weaker. Bitcoin was created after the financial crisis as a hedge for failing fiat currencies and financial assets.

Here’s the backdrop for the world’s reserve currency, the U.S. dollar. At an optimistic 3.8% rate in 2027 (Congressional Budget Office (CBO) estimates and the rate to service public debt), the interest expense on the debt eats all healthcare spending. By 2047, the interest expense eats all discretionary spending. By 2049, it will eat all Social Security. This could be your world currency. Can the U.S. “fix” the situation along the way? It’s possible. But, it might be more than a challenge.

Many Canadians hold their bitcoin by way of exchange-traded funds (ETFs). Bitcoin will be held at an exchange, and most Canadian firms use Gemini as custodian. The exchange is regulated with an amount that is insured as well.

Of course, that does not make it risk free.

Blockchain technology and Bitcoin is revolutionary, and neither is going away, I think. The world can use a hard digital currency that can be easily and quickly exchanged in near frictionless fashion around the globe.

And for those calling bitcoin a failure…

As I often write, the risks are considerable. If we choose to invest, we should manage our concentration levels. Bitcoin and Ethereum are not for those who cannot handle extreme volatility. And, I certainly understand why many would avoid bitcoin or any cryptocurrency given all of the uncertainties.

Of course, whether to invest or not is a personal choice. This is not advice.

I still hold bitcoin and ethereum and use them in concert with gold, gold stocks, other materials stocks, plus oil and gas stocks and additional real assets. Those assets round out my all-weather portfolio.