Fifteen high-quality "vintage" stocks that outperformed the S&P 500; why low interest rates help already-wealthy citizens the most; there's less zip in Zoom; is Starbucks a bank in disguise? And much more. 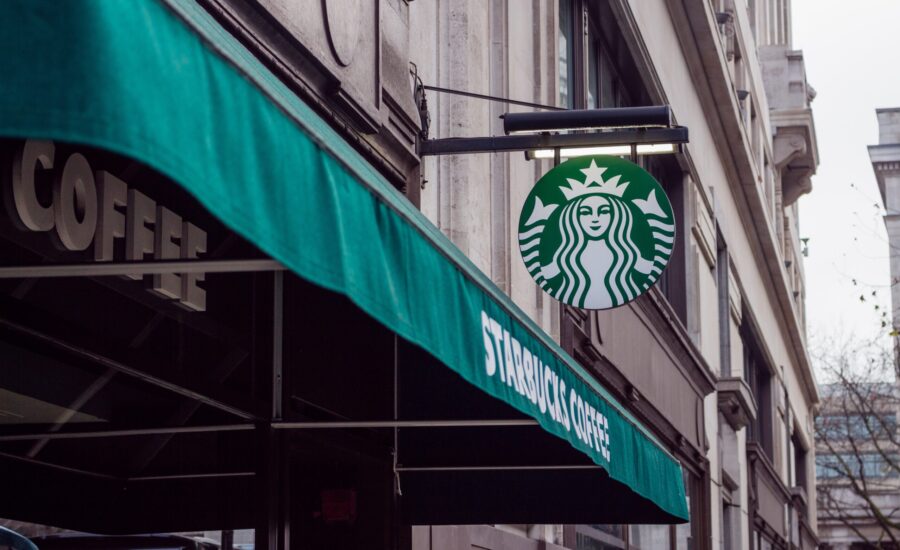 Photo by Dom J from Pexels

The rich get richer as rates go lower

We know that lower rates set by central banks help to stimulate economic growth by providing cheap money. On the flipside, banks also have the option to raise rates and quell too much economic euphoria that might also create undesirable inflation.

The COVID-19 pandemic has unfairly picked on the economically disadvantaged—and it appears that the monetary response of lower rates could further exacerbate wealth disparity.

If you want to do more of a deep dive (it’s very interesting, to say the least) into global demographic trends and interest rates and how they’ve shaped our past, and will likely shape our next few decades, check out “Inequality, Interest Rates, Aging, and the Role of Central Banks.”

From that link, Matthew C. Klein looks at the topic of savings rates of the rich and how they do not spur real economic growth, but rather drives down rates…

“The key insight is that the ultra-rich are different from you and me: they have much higher saving rates regardless of their age. No matter how expensive your tastes, there’s a limit to how much you can consume, which means any income above that threshold has to get saved. The ultra-rich therefore spend relatively small shares of their income on goods and services that directly provide jobs and incomes to others, instead accumulating stocks, bonds, art, trophy real estate, and other assets.”

Lower rates (borrowing costs) and those excess funds in the hands of the more wealthy can also lead to asset bubbles—see North American real estate and perhaps stock markets as well.

On the demographic trends for the rich nations, Klein notes…

Klein offers that aging populations (demographics is destiny), continual wealth inequality and low interest rates are all part of the same phenomenon. It’s a negative feedback loop. He argues that the trends will continue without massive government policy initiatives to redistribute wealth.

Of course, free-market economists will fight him on that one, but it appears clear now that trickle-down economics is pure fantasy.

“The Great Depression didn’t really end until wartime mobilization caused a surge in incomes and production that wiped out old debts, levelled the wealth distribution, and gave people confidence in the future. The end of the war also kicked off a baby boom after a long drought of births. Not coincidentally, interest rates marched up for decades until the early 1980s.”

Speaking of voters, Canada is currently in the midst of a federal election. I recently wondered if more Canadians would vote with their wallets, and whether government spending, debts and even monetary policy will be on the table. Perhaps being a champion for the working poor and middle class might mean a change of heart on that policy of perpetually low rates.

Investors with ample savings rates might take some comfort in their ability to participate in the wealth machine. You own the machines, you own the technology.

But if Klein is right, in the future you might have to do even more sharing.

We are moving toward the new normal (we hope) post-COVID. We know the pandemic has changed the way we live and work—although we don’t know how permanent some of these changes in behaviour might be.

We’ve discussed how the future of work is likely a hybrid scenario where those who are able will continue to work from home part-time, as well as return to the office part-time. While the ratio of work-to-home is yet to be determined, we’re getting a glimpse of the hybrid future by way of earnings from Zoom.

Zoom’s stock price plunged recently, as growth slowed. As you likely know, Zoom offers online meeting technology and benefited greatly from the pandemic’s work-from-home shift. Microsoft with their Microsoft Teams virtual meeting platform also got in on the meet-from-home act in a big way. And as that CNN post notes, Zoom is getting competition from more than just Microsoft.

“Shares of Zoom (ZM) plunged more than 15% Tuesday morning and are now in the red for the year after the company reported results for its fiscal second quarter after the close on Monday.

“The numbers were good. Earnings easily beat forecasts. So did revenue, as sales topped $1 billion in a quarter for the first time. What’s the problem then? Sales growth is cooling. And investors have high expectations for Zoom after the stock soared an astonishing 400% in 2020.

“Zoom reported that revenue was up 54% from a year ago in the quarter. But that’s down sharply from the 355% growth in sales Zoom reported this time last year during the height of COVID-19 fears. Sales were up 191% in Zoom’s previous quarter, too.”

The numbers offer that we are still in a growth phase for work-from-home, but that growth is on the decline. And at times the market does not like when the best of growth prospects are in the rearview mirror. Zoom did not get a free pass on that. The stock is down by some 23% over the last month to August 1.

As we discussed in July, peak growth may be a reality for many stocks and the U.S. stock market as a whole. All said, the broader market is getting a pass on the peak earnings growth syndrome.

On Seeking Alpha, Zoom’s chief financial officer Kelly Steckelberg offered that the company is going through a post-COVID transition period…

“Speaking to CNBC, Steckelberg reported that it has seen a drop-off in business from small customers—individuals or companies with fewer than 10 people. She said these ‘headwinds in our mass market’ impacted the firm’s Q3 forecast.”

We’ll keep an eye on this telltale signal that might offer a glimpse of what the new normal holds for workers and employers. The hybrid theme seems obvious. That is playing out. But the pandemic and COVID variants continue to flash a “no entry” sign for many businesses.

Once again, the pandemic is calling the shots.

Also from CNN, here’s an interesting link that shows the pandemic’s effect on certain types of stocks, including work-from-home and work-at-home stocks.

From that Seeking Alpha link…

“…they looked at a wide variety of factors, including macro exposure, industry positioning, valuation, and ‘crucially’ the risk-reward profile—as well as quantitative ranking, and even ESG scoring.

Here are the stocks:

In tech, we have Microsoft, Cognizant Technology Solutions and Visa.

And in media, they like Alphabet and Warner Music Group.

Cheap stocks (value stocks) are now even 40% cheaper compared to the growth index, according to GMO. When I looked at the iShares Russell 1000 Value Index ETF, I was surprised to find that of the 20 U.S stocks my wife and I hold, there are 14 on that value list. Our market-beating U.S. stock portfolio also appears to be well-positioned on the value front.

Investors who are leery of market valuations might consider the value or quality ETFs, or select from the holdings (after additional research) of those funds.

The Bank of Starbucks?

Here’s a fascinating take on Starbucks’ cash card and rewards program on LinkedIn from Tom Alder, a tech consultant at KPMG, who posits that, for all intents and purposes, the international coffee chain is operating a bank.

How’s that? Starbucks customers can top up their cash cards at any time (although they can’t withdraw that cash—only spend it on Starbucks merchandise). And that collective cash total is more than what is held at 85% of U.S. banks.

The next teller, I mean barista, will be pleased to serve you 😉

Now, this certainly caught many off guard. The Canadian economy is slowing down, already.

From that Yahoo! Finance link…

“Canada’s economy had its worst quarterly stretch since the start of the pandemic, contracting at an annualized rate of 1.1% between April and June and possibly dropping further in July.

“The decrease in real gross domestic product in the second quarter was the first quarterly contraction recorded since the sharp drop during the same stretch one year earlier during first-wave lockdowns.

“And it was a sharp turnaround from the agency’s initial estimate last month that the economy expanded at an annual rate of 2.5% for the April-to-June period, which Statistics Canada chalked up to additional data that wasn’t available last month.”

Two weeks ago, we reported on the retail spending decline in the U.S. plus falling consumer confidence and the fact that mobility (getting out and about and spending) is on the decline.

It’s now September and, wow, did that summer go by fast; perhaps the economic growth story moved along faster than expected as well. It feels like Canada only got a sniff of that economic re-opening. True, fall does not arrive until Sept. 22, but we know summer is unofficially over after the Labour Day weekend.

Fall and winter might bring some softer numbers as we’re already spent after the summer fun. Some stimulus support is also set to run out in both Canada and the U.S.

The Delta dawn for economic slowdown

It’s happening around the globe. The Delta variant is having an effect on economies and confidence. But so far the stock markets are having none of that negative thinking. From that Yahoo! Finance post…

“August marked the seventh straight month of gains for the S&P 500 (^GSPC) as investors ignored softening U.S. economic data at the hands of the COVID Delta variant.

“But investors may be wise to stop ignoring the data, and position for a September rife with market volatility, says the team at Goldman Sachs.

“‘General mobility statistics have weakened, full-service restaurant indicators have softened, travel intentions appear to have faded and retail traffic declines (off of 2019 levels) have re-accelerated,’ Goldman Sachs strategist Jason English pointed out in a new research note on Wednesday.”

We’ve also seen a COVID surge in much of Asia.

Amid signs of weakening or declining growth. the central banks might have a good “excuse” to keep those rates low. Maybe we won’t have to worry about a taper tantrum for a while? And maybe those stimulus programs are not transitory; they might continue to be needed.

We might also find out if the stock markets can run on fumes.