How to win using annuities in retirement

In this underused strategy, weigh your age and interest rates, then get the timing right 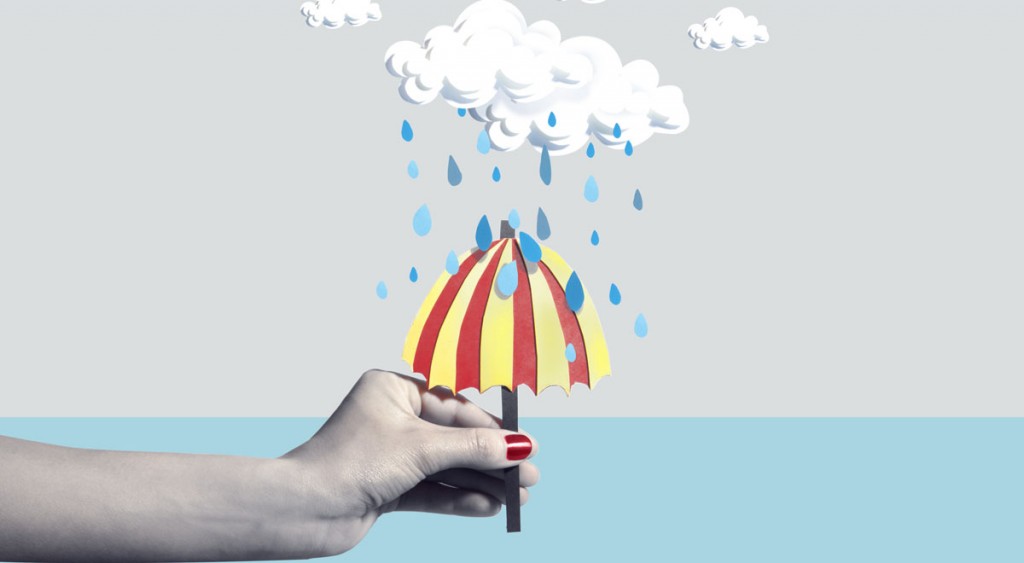 The good news is most of us can expect to live longer. The bad news is that the decline of defined-benefit pensions, along with chronically low interest rates, makes it harder for us to avoid outliving our money.

For those without workplace defined-benefit pensions, annuities can offset that risk by acting as a form of longevity insurance. You hand over capital to an insurance company today in exchange for a guaranteed flow of income for as long as you live. In a real sense a DB pension, with its guaranteed payouts, is annuity-like. As are programs like the Canada Pension Plan (CPP) or Old Age Security (OAS).

Despite similar terminology, defined-contribution pensions, RRSPs, TFSAs, and non-registered savings are not real pensions, cautions Schulich School of Business finance professor Moshe Milevsky. While those vehicles will help out in retirement, the only way you can create a real guaranteed income for life is to annuitize, he explains in the second edition of Pensionize Your Nest Egg.

Nevertheless, annuities are underutilized because they are misunderstood or viewed as undesirable. Yet, new “fintech” alternatives may do the same thing as annuities, only using terms such as peer-to-peer longevity insurance or investment funds with longevity insurance.

Milevsky argues that even at today’s rock-bottom interest rates, annuities should pay more than comparable fixed-income investments because of the built-in mortality credits. “Anyone who bought an annuity five years ago is very happy,” Milevsky says.

He adds: “Everyone should have a source of income that’s predictable, inflation-adjusted and will last for the rest of their lives.” The trick is knowing when to annuitize. The longer you wait, the more you receive on a monthly basis. Milevsky’s rule of thumb is to annuitize when the death rate exceeds the interest rate. For example, relatively few die by 65, so the death rate is under 1%; buy an annuity now and it will give you little more than current interest rates. Wait until your mid-70s and the death rate starts to rise. That’s when annuities start to look much better.

This question often arises the year a retiree turns 71 and is forced to convert an RRSP into a Registered Retirement Income Fund (RRIF) or an annuity. Fee-only planner Marie Engen, co-owner of Boomer & Echo, says this is not an either/or case. You probably should do both, particularly as you move into your 70s and 80s. Ideally, she says, pensions and annuities will cover basic retirement expenses, leaving the rest for investment growth and more liquid access to money for more enjoyable lifestyle expenses.

For healthy males, Milevsky suggests annuitizing between 70 and 80, adding 5% or 10% more each year, until you’re almost entirely annuitized between ages 80 and 95. Because spouses and children can be impacted, the whole family needs to join the conversation, particularly since capital that has been annuitized can’t be converted back. That means your heirs will inherit little or none of what is annuitized. 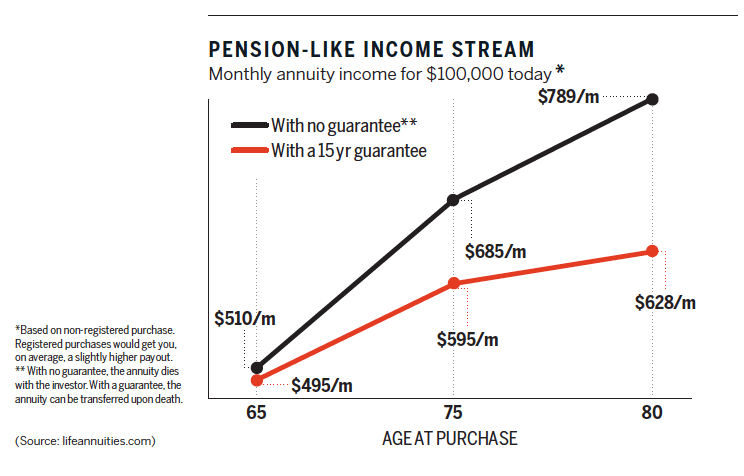 Keep in mind the distinction between registered and non-registered annuities. Payments from registered annuities are fully taxable like RRIFs and, on death, heirs will be taxed based on a same-day valuation. According to Ivon Hughes of Montreal-based LifeAnnuities.com, a healthy 65-year-old male not wanting a guarantee period would get $531.49 monthly income from a $100,000 registered annuity. At age 71 this income rises to $636.34, and at age 80, he’ll get $946.76.

With non-registered “prescribed annuities” the interest paid out is taxable but not the return of capital. Keep in mind, the Canada Revenue Agency is updating its mortality tables and increasing the taxable portion—people are living longer. That makes annuitizing with registered funds more attractive, Milevsky says. A $100,000 non-registered annuity without a guarantee period pays out $509.97 at 65, $606.12 if acquired at 71, and $789.03 at age 80.

Milevsky favours plain-vanilla annuities and cautions against buying too many bells and whistles: every time you add guarantees, minimums, and survivorship benefits, you water down the mortality credits.