Every year you think you’ll prepare your tax return early, but before you know it the deadline is looming. Here’s how to do your taxes without procrastinating and avoid the last-minute stress—and potential costs—of last-minute filing. 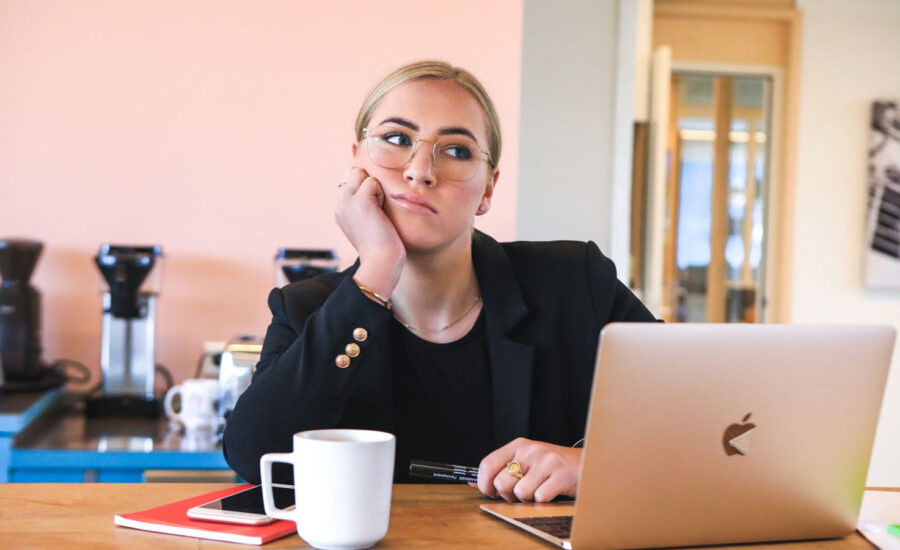 Photo by Magnet.me on Unsplash

Does anyone actually like to prepare their income taxes? My friends and I—some employed, some self-employed—moan about gathering the necessary invoices and receipts and checking the mail compulsively until all our T4, T4A, and T5 slips arrive. Then they’re tossed on the counter to languish until it’s a week before the income tax deadline and we’re scrambling to file. It’s Procrastination City, population: all of us Canadians.

Why is getting motivated to do taxes so hard?

It’s true—despite knowing we can avoid this stress by getting started earlier in the year, the majority of Canucks procrastinate hard on their tax returns. An H&R Block Canada survey released at the end of last March, for example, found that 60% of Canadians still hadn’t filed their taxes a month out from the April 30th deadline.

Moreover, one-third of the poll respondents also said they were dreading income tax season more than usual because they were afraid they owed money. In such cases, procrastinating is not only stressful, but it can also be costly.

If you have income taxes owing and miss the filing deadline, the Canada Revenue Agency (CRA) will charge you a late filing penalty—5% of your owing balance, and an additional 1% for each full month you file after the due date—as well as compound daily interest on any outstanding amount due.

Why do we do this to ourselves? It’s gotten to the point that income tax procrastination has nearly become a perverse national sport. According to Carleton University associate professor of psychology Tim Pychyl, who studies procrastination and its relation to personal well-being, it’s a coping mechanism—albeit one that doesn’t serve us particularly well.

We tend to put off tasks, such as doing taxes, that are associated with negative emotions like disinterest, boredom or fear because we don’t want to deal with those bad feelings. Unfortunately, the tasks—and the negative emotions that come with them—don’t disappear. You must face up to them eventually, so there’s really no upside to procrastination, says Pychyl, author of Solving the Procrastination Puzzle: A Concise Guide to Strategies for Change.

Thankfully, there are ways to overcome your “never do today what you can put off until tomorrow” habits. Here are a few tips you can use to finally beat procrastination this tax season.

How to do your taxes: Set a plan that focuses on the next action

Procrastination makes its home in your brain’s amygdala, a part of the limbic system that controls the “fight or flight” response. So, instead of telling yourself you just need to get started—which will likely make you want to run away from the task—you need to shift your attention toward taking action.

Now you might be thinking, if that were so easy nobody would have a procrastination problem to begin with. But the key, says Pychyl, is to focus only on the next small action that you can take. With taxes, that could mean just gathering your receipts or estimating your net income and checking your tax bracket. And the next action after that could be categorizing the receipts into charitable donations, entertainment or business expenses. By focusing on the next action, you’ve taken your attention off your emotions, which fuel procrastination.

Set small chunks of time for doing your taxes

No one wants to spend hours organizing and doing their income taxes, so designating small chunks of time with a reward at the end can help incentivize you. Personally, once I’ve gathered up all the paperwork to send to my accountant, I relax on the couch with a glass of wine and a TV show. Plus, you might find the process easier than you thought and become motivated to finish it faster.

Yes, that’s usually what happens after you stop procrastinating, says Pychyl. People wonder why they waited so long to do the thing.

Be empathetic to future you

Getting into the right mindset can help with procrastination and prevent you from kicking the can down the road to your future self. Part of the problem is that your brain doesn’t naturally identify with the future version of you, and instead views that person more like a stranger.

Indeed, in academic studies using a functional MRI machine, the parts of the brain that lit up when test subjects thought about their future self were the same as the areas they used to process information about a stranger.

But you can become more connected to your future self through meditation, says Pychyl. Try to envision how you might feel later dealing with the fallout of putting off the task, so you can better internalize how your procrastination will affect you in the long run.

How to do taxes quicker: Make use of technology

These days there are so many tools to help you file your taxes. Most will also suggest deductions and check your work before you hit the “file” button. If you’re thinking about going this route, one of your next small actions can be to read this article on doing your own taxes, and when it might be better to hire a tax preparer.

Get professional help when needed

If you prefer not to file your taxes yourself, then hire a professional. Make sure you find someone you like and trust and who understands your industry. You can start by asking friends and family for recommendations. Once you find someone you like, make an appointment and gather up all your documents and email them ASAP. That way, you won’t be scrambling at the last minute to find that one last charitable donation receipt.

Don’t wait, start organizing your income tax for next year

This might be a big ask for procrastinators, but it goes back to the small action. Take the time now to create a system to organize your tax documents as they come in, and next year the process will be a whole lot easier.

Be kind and forgive yourself

As they say, to err is human. This isn’t an excuse to let yourself off the hook, but so you don’t get more worked up—since it’s your emotions that feed into procrastination in the first place.

“Everybody who struggles with procrastination has to add some self-compassion and self-forgiveness on top of any other strategy they’re using,” says Pychyl. The key is to keep trying. “I might use this technique today but tomorrow it might fail me,” he says. “That’s okay, I can get up and do it again.”