Should you invest in SOL and AVAX? These altcoins are gaining interest from both investors and developers—here’s why. 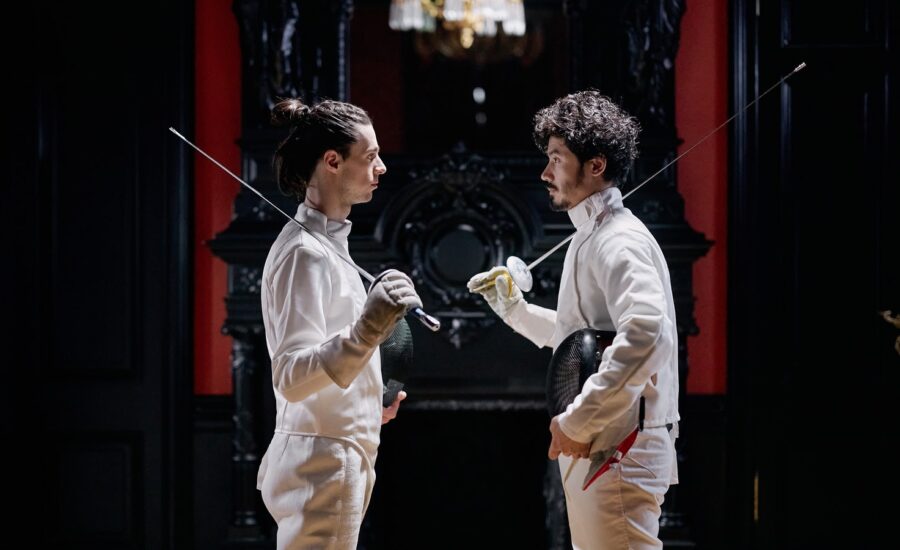 The global cryptocurrency market is currently undergoing a sell-off—bitcoin’s value, for example, has dropped about 70% from its November 2021 highs. So, now may be a good time for opportunistic long-term investors and those looking to dip their toe into the cryptoverse to pay attention to some emerging assets that have long been in the shadows of heavyweight peers such as Ethereum (which has the second-largest blockchain after Bitcoin).

Two blockchains that have emerged as possible alternatives to Ethereum are Solana and Avalanche. While much smaller in market cap compared to Ethereum, these newer platforms offer the functionality of Ethereum but with faster speeds and significantly lower transaction costs. Often referred to by crypto experts as “Ethereum killers,” Solana and Avalanche have promising prospects for both developers and investors. But before we assess which is the better alternative to Ethereum, let’s take a closer look at these crypto blockchains, as well as how to buy their coins.

Solana, which was created in 2017, is a “Layer 1,” open-source blockchain that supports smart contracts, including non-fungible tokens (NFTs) and a variety of decentralized applications (dApps). For that reason, Solana is considered one of the strongest challengers to Ethereum, which has similar capabilities. (Layer 1 refers to a base network, such as Bitcoin or Ethereum, and its underlying infrastructure.)

“Solana’s purpose is to compete directly with Ethereum both on faster transaction processing speeds and fees,” says Michael Zagari, an investment advisor at Mandeville Private Client and Zagari+Simpson, adding that “Solana aims to compete with Visa and Mastercard on the same comparisons.”

Blockchains use “consensus models” to verify transactions. Solana runs on an innovative hybrid consensus model comprising proof-of-stake (PoS) and proof-of-history (PoH), a proof for verifying order and passage of time between events. Due to this unique protocol design, Solana can handle up to 3,000 transactions per second.

With faster transaction speeds and low costs, Solana has “an opportunity to lure developers to their own individual network,” says Zagari.

Solana’s native currency, SOL, ranks ninth on the crypto coin chart, with a market cap of nearly $15 billion (all figures in U.S. dollars, unless otherwise noted), as of late September 2022. SOL traded at over $178 at the start of the year, but has fallen to about $31, dragged down by a broader market decline. At the time of writing, there were about 354 million SOL tokens in circulation. (Read more about Solana.)

Another Ethereum challenger, Avalanche is a proof-of-stake blockchain that hosts decentralized applications and custom blockchain networks. It’s also one of the fastest smart contract platforms. Avalanche is run by Ava Labs, which was founded in 2018.

Like Ethereum and Solana, it’s a Layer 1 blockchain. However, low processing costs and swift transactions give Avalanche an edge against the slower and costlier Ethereum network. Avalanche can handle a whopping 4,500 transactions per second, thereby positioning itself as a serious rival to Ethereum.

Avalanche is built around a system of three interoperable blockchains: Exchange Chain (X-Chain), Platform Chain (P-Chain) and Contract Chain (C-Chain). The X-Chain is used for creating and trading digital smart assets. The P-Chain is used for coordinating validators and enables the creation of new subnets. The C-Chain allows for the creation of smart contracts. All three blockchains are validated and secured by the Primary Network.

Moreover, as the Ethereum-compatible Layer 1 smart contract platform, Avalanche hosts many Layer 2 projects built on its platform, with a gamut of applications ranging from trading and lending to games. (A Layer 2 blockchain is one that’s built on top of a Layer 1 blockchain.) Avalanche’s considerably lower fees make the platform attractive to developers. It’s one of the top Layer 1 blockchain platforms in terms of usage, trailing only Ethereum and Bitcoin.

Avalanche’s native currency, AVAX is the 16th-biggest digital coin, with a market cap of $4.9 billion and a circulating supply of nearly 296 million coins, as of late September 2022. One coin is worth $16.75.

With growing acceptance and popularity, Avalanche has started to make a dent in Ethereum’s market share while attracting significant funding, which it’s using to bulk up its ecosystem, says a Bloomberg report that cites a JPMorgan note to investors.

Avalanche has a thriving DeFi ecosystem comprising 81 apps, including home-grown applications and existing protocols such as Aave and Curve.

More recently, “Avalanche has been focusing on the metaverse, and it recently announced how the network intends to venture into its next growth phase,” says Zagari. The metaverse is projected to be a $5-trillion market opportunity, per a McKinsey & Company report. (Read more about Avalanche.)

Which is the better “Ethereum killer”?

Which crypto might come out on top? It comes down to attributes a blockchain must possess to compete with Ethereum. Zagari says developers who want to build applications, decentralized or not, are going to consider the best foundation to build on. “Developers are looking for security, fast transaction speeds, low costs to encourage users to form a network effect but, more importantly, developers do not want to move their applications from one blockchain to another,” he says.

Developers prefer to build on a network that is going to be around well into the future—much like investors who pick blue-chip stocks such as Apple and Amazon over emerging businesses with short track records.

Although Ethereum has been around longer (it launched in 2015), projects on both Solana (launched in 2020) and Avalanche (launched in 2018) have been successful in attracting developers and investors to the platforms, and many more projects are under way.

However, all things considered, Zagari’s vote for the best “Ethereum killer” goes to Solana. While it has a long way to go, Solana has muscled its way into the top 10 blockchains by market capitalization. “It’s the cheapest and fastest between the two networks [and] has become one of the most highly used blockchains today due to its speed and cheap transaction costs,” Zagari argues.

Other details worth noting: Both Solana and Avalanche are rolling out major upgrades to their networks to reduce congestion and improve stability. And if you’re interested in crypto staking, holders of SOL and AVAX are incentivized to stake their tokens in exchange for rewards.

Video: Is crypto a good investment?

Opening an account is straightforward, and investors can access their funds the same day CoinSmart* receives them. Use the code money30 to sign up for an account and receive CAD$30 in bitcoin when you deposit a minimum of CAD$100.

The ongoing swoon in the prices of crypto assets is a stark reminder of the inherently volatile nature of digital currencies. Investors should weigh any potential rewards against their individual capacity for risk and never invest more than what they can afford to lose.