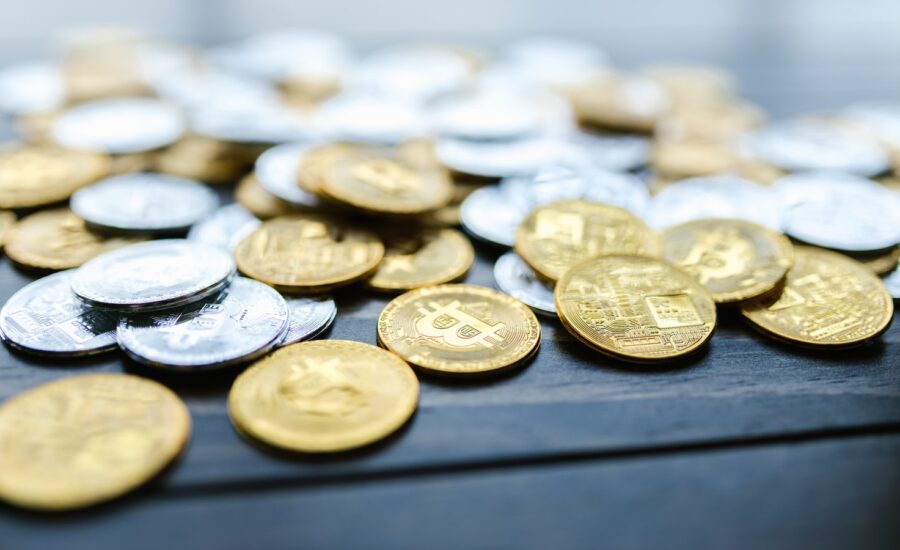 Lately, it seems like investors fall into one of two categories: those who’ve invested in cryptocurrencies and those who haven’t. And even those who don’t invest in the likes of bitcoin still seem to keep an eye on the crypto market. Despite the extreme volatility in cryptocurrency prices—as well as other risks—digital coins have captured the attention of investors around the world.

How big is the global crypto market?

In early November 2021, the cryptocurrency market cap reached a record high of $3 trillion (all figures in U.S. dollars), a five-fold increase since November 2020. As of early May 2022, it’s worth about $1.6 trillion. The sector is dominated by bitcoin (about 41%) and ethereum (about 19%), but investors can choose from thousands of cryptocurrencies, with new ones launching daily.

Among investors, the crypto market’s runaway growth, coupled with FOMO-inducing stories of massive returns, has evoked a mixture of caution and curiosity. Digital currencies are becoming increasingly mainstream, but their complexity, unpredictability and other risks keep them firmly in speculative territory.

Investing in cryptocurrency is not for everyone. This asset class is highly volatile, with dramatic highs and lows, so it’s best to limit crypto to a small percentage of the “explore” part of a core-and-explore portfolio—and avoid investing what you can’t afford to lose.

Bitcoin is the largest cryptocurrency. It was also the first, launched in 2009 with the aim of creating a digital, decentralized peer-to-peer payment system built on blockchain technology. A blockchain is a distributed ledger that’s shared across a network of computers. It’s used to securely, transparently and permanently record transactions, including the buying and selling of cryptocurrencies, without involving banks or brokers.

A popular blockchain analogy, originated by William Mougayar in 2016, is that of a Google Doc: there’s a single version of the file, it’s distributed (rather than transferred) to multiple parties, and everyone it’s shared with can access it at the same time.

Over the past decade, bitcoin’s value has skyrocketed from a fraction of a penny to a high of $68,000 (on Nov. 10, 2021), and thousands of other digital coins have joined the rapidly expanding cryptosphere.

How are cryptocurrencies used?

At the moment, people mainly buy cryptocurrencies as investment assets or a hedge against inflation. Most of us aren’t paying for real-world products and services with crypto—not yet, anyway. That may soon change, as more and more businesses, credit card companies and financial institutions start to accept and even invest in cryptocurrencies. Eventually, digital coins could replace conventional money and national currencies altogether.

Already, for certain purchases, crypto is the way to go. For example, if you want to buy a non-fungible token (NFT) such as a digital work of art, you may have to pay in cryptocurrency (for example, spending SOL in NFT marketplaces built on the Solana platform). And if you plan to hang out in the metaverse, you’ll need spending money—to outfit your avatar or buy virtual real estate, for example. On many metaverse platforms, that means you’ll need your digital wallet.

Build your cryptocurrency knowledge with these helpful reads about bitcoin, altcoins and more:

Many factors can influence the value of cryptocurrency. Here are some of the risks investors should weigh:

Read more about the risks of trading crypto.

Where to buy cryptocurrency in Canada

Canadian investors can purchase bitcoin, ethereum and dozens of other digital coins on cryptocurrency trading platforms based in Canada or the United States. To narrow down the field, look for platforms that are registered with securities regulators in your province or territory.

The features of crypto platforms vary widely. Before you open a trading account, familiarize yourself with the platform’s terms and conditions, security measures, transaction fees, funding options, customer support, trading tools and other key details.

Learn more about investing in these cryptocurrencies:

Other ways to invest in crypto

When you buy stocks through an investment advisor or online brokerage, you’re the owner, but the shares are registered in “street name,” meaning the brokerage firm’s name. (The firm’s record books will show that you’re the real or “beneficial” owner.) You won’t receive physical certificates, and you don’t have to store or safeguard the shares yourself.

When buying crypto, however, you need to play a more active role in keeping your investments safe from theft, loss and other threats, such as malware, computer failure and human error. That includes using reputable trading platforms, crypto wallets and mobile apps; avoiding scams; and following best practices for managing your private keys, seed phrases and passwords.

If you’d rather not hold coins directly but still want crypto exposure, you can research several options:

Further reading: How to gain exposure to crypto without buying it

Once you’ve got a handle on how cryptocurrencies work, take a deeper dive into these topics:

You can also learn more about cryptocurrencies from our Ask a Crypto Expert column.


Have a question? Ask a crypto expert
SEND EMAIL