Danger in Canadian telcos, why Tesla still isn't on the S&P 500, the outlook for small businesses and the restaurant industry, plus more. 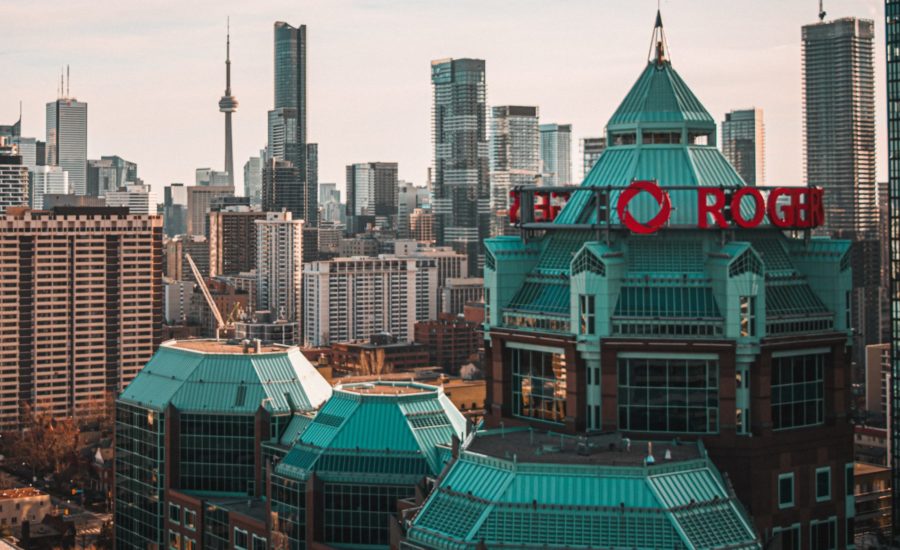 Photo by Juan Rojas on Unsplash

Tesla has disrupted the entire automotive industry. The global leader in electric vehicles now has greater stock market value than Ford, Chrysler and GM combined. So why is Tesla not in the S&P 500?

While Tesla’s growth story has been incredible, the company left investors waiting for those profits to follow. (And we’re not even going to get into its always controversial leader Elon Musk.) Long story short, Tesla is not a S&P 500 constituent because it hasn’t been profitable for long enough.

This from Fortune magazine:

“To be included in the S&P 500, not only must a company have netted a (GAAP) profit over the past four quarters combined, it must also record positive net income for the most recent quarter. That means, while the electric vehicle maker has reported a profit for the past three quarters in a row, according to the rules, Tesla must also post a profit for the second quarter of 2020, when it reports those financial results.”
With one or two additional quarters of profits, Tesla may find a spot in the S&P 500—and that will likely provide another lift for the stock. On Wednesday Tesla reported another profit with Q2 earnings. The company delivered $327 million in GAAP operating income. That now makes four quarters of sequential profitability. That is impressive given that its main factory in Fremont was closed for half of the quarter.

Tesla is set to open three new factories on three continents later in the year. Despite headwinds, Tesla plans to deliver over half a million vehicles in 2020. Of course, that’s just a small slice of North American annual auto production, which represented 16.8 million vehicles in 2019. Still, investors continue to be attracted to the electric car growth story.

Last week’s post looked at the kick off of U.S, earnings. This time around it’s stimulus week, with another €750 billion approved in Europe. From CNN:

“The European Commission will borrow the money on financial markets and distribute just under half of it — €390 billion euros ($446 billion)—as grants to the hardest hit EU states, with the rest provided as loans. Leaders also agreed a new EU budget of nearly €1.1 trillion ($1.3 trillion) for 2021-2027, creating combined spending power of about €1.8 trillion ($2 trillion).”

The U.S. has another trillion dollars on the table. Pass the punch bowl. More oxygen for the markets. The markets cheered, of course.

The “safe” telco sector faces pressure on many fronts

I always joked that folks would choose their wi-fi over food. But the telco subsector certainly faces its challenges.

“From a subscriber growth point of view it’s going to be pretty ugly,” Edward Jones analyst Dave Heger said. “All of the major players had most of their doors closed for a good chunk of the quarter.”

Desjardins analyst Maher Yaghi predicts a 3.3% year-over-year decline in wireless service revenue for the industry. Average billing per user is expected to decline by 5.8% from the same quarter last year. Amid the stay-at-home economy, with no international travel for business or pleasure, roaming revenues are to be nearly wiped out for all carriers.

Customers have been offered some free services and, as per analyst Dave Heger, their stores and kiosks have been closed, leading to less or no subscriber growth. That also leads to fewer device upgrades as well.

For Rogers and Bell, media revenue is expected to be hit very hard. There were no live sports to broadcast. We’re also seeing that ripple effect of poor economic conditions with less advertising spend by many companies.

Rogers was the first of the Big 3 to report. Here’s the headline news from their earnings report of July 22 (for the three months ended June 30, 2020):

“Total revenue decreased by 17% this quarter, largely driven by 13% and 17% decreases in Wireless service and equipment revenue. There was a 50% decline in Media revenue.”

Adjusted earnings are down some 48% for the quarter. That is driven largely by the media unit moving to a loss.
Moving forward, we might expect slow growth for quite some time. The reports suggest it may take years to get back to pre-pandemic levels of revenue and earnings. Given the uncertainties Rogers, did not provide any forward-looking guidance.
I am certainly not hanging up on my telcos. I’d be more than pleased if they could simply maintain their dividends. Rogers reported some positive early signs as stores re-opened. Professional baseball and hockey are set to hit the parks and rinks, which may also give recovery an assist.

COVID-19 has small businesses on the ropes

The virus has changed the way we live and spend. Many small businesses were forced to close shop as a precaution against the spread of COVID, and the shift in our shopping habits saw us turn away from others. Year over year, spending is down an average of 25% from March to June of 2020.

Only 26% of Canadian small businesses report that it’s business as usual when it comes to sales—this according to a recent (and sobering) report from the Canadian Federation of Independent Business.

Small business is a main driver of the economy. It employs more than half of the private sector workforce and accounts for 52% of private sector GDP. Right now, they could more than use Canadians’ support. Shopping at local small businesses will help keep doors open, keep Canadians employed, and allow our local communities to remain vibrant and “alive.”

The restaurant industry is socially distanced from profits

Restaurants are taking it on the chin. First they were forced to close. And then when allowed to re-open, operations had to be at greatly reduced capacity. Profit margins are always slim for restaurants, and that social distancing between tables means far fewer customers—and that many or most restaurants are not even close to turning a profit right now.

From the Canadian Chamber of Commerce:

“Before the start of the COVID-19 pandemic, Canada’s foodservice sector was a $93 billion industry that directly employed 1.2 million people. The industry has lost 800,000 jobs.”

The Canadian Chamber of Commerce, Restaurants Canada and other partners submitted a letter to Canadian government agencies asking for extensive coordinated support. If that support does not arrive, the group suggests at least 50% of Canadian restaurants will close their doors for good. That could lead to a meaningful drag on the economy, with a ripple effect felt by many sectors.

When restaurant owners were asked how many months they expect it will take their business to return to profitability:

Federal and provincial and local governments have some tough decisions to make. Extended support for a considerable period might not be on the table.