’Tis the season for giving and some may be wondering how donating to charity saves tax on your tax return. 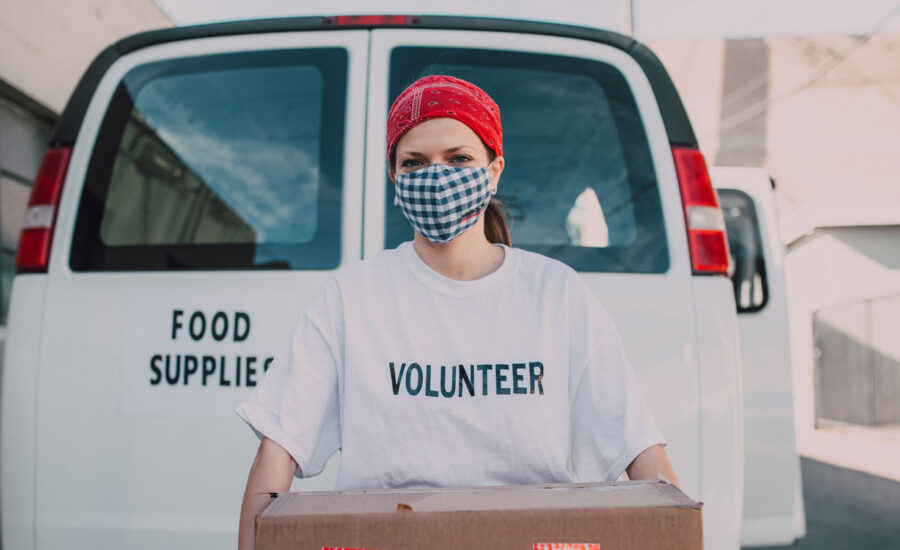 Philanthropy can be rewarding in non-financial ways, but charitable donations also give rise to tax savings.

Can you claim charity donations on a tax return?

Yes, here’s how it works: When a taxpayer reports a charitable donation on their tax return, they get to claim a tax credit. A tax credit differs from a tax deduction. A deduction, like a contribution to a registered retirement savings plan (RRSP), reduces taxable income on which tax is calculated. A credit, like when you donate to charity, reduces calculated tax payable. Charitable donations result in non-refundable tax credits, meaning you need to owe tax to have any tax savings resulting from the tax reduction of the credit. (Check out our 2021 tax guide for all the info you will need for filing your return.)

How donating to charity lower taxes

The first $200 of charitable donations generally results in tax savings equal to the lowest marginal tax rate. And donations in excess are at or close to the top tax rate, depending on the province or territory where a taxpayer lives.

Donations made by either spouse can be claimed on one tax return to exceed the $200 threshold more easily, so should generally be consolidated by a couple.

Donations can be claimed in the year they are made or in the next five years by carrying them forward.

How much can you donate?

There is a limit for claiming large donations in a year equal to 75% of a taxpayer’s net income. In the year of death, this limit is increased to 100%. You would generally only carry forward donations if they exceeded the 75% net income limit or if you had no tax payable to reduce with the non-refundable tax credit.

Donating money, but not in the form of cash

Investments: If you donate stocks, mutual funds, exchange traded funds or other eligible capital assets that have appreciated in value, you can get a donation receipt for the fair market value of the donation. You will not have to pay tax on any capital gains, though. Many charities accept a transfer of securities as a donation. As a result, donating non-registered investments that have risen in value can be better than donating cash.

If you give to a U.S. charity, you may be able to claim a tax credit to the extent you have U.S. source income, including U.S. dividends, pensions, or other income.

Insurance: You can also donate life insurance to charity. If you name a charity as beneficiary, the death benefit becomes an eligible donation to be claimed on your final tax return. If you name the charity as beneficiary and also transfer ownership from yourself to the charity, the cash value will be eligible for a donation receipt immediately, as well as the ongoing premiums each year if you continue to pay premiums thereafter.

There may be some tax payable on the transfer if the cash value exceeds the adjusted cost base (cumulative premiums less cumulative cost of insurance) on transfer.

Fundraising donations: Crowd-funding platforms that are used to raise money for an individual or a cause will generally not qualify as a charitable donation despite the philanthropic intention. To support a charitable donation claim, you need an official receipt from a registered charity or other qualified donee.

What types of charities and organizations are tax deductible

A registered charity is an organization, public foundation or private foundation that is registered with the Canada Revenue Agency (CRA). Other qualified donees include:

Why isn’t every charitable donation tax deductible, including that party you attended to support a local hospital or those chocolate bars you bought to support an after-school program? If any sort of “advantage” is received as part of a donation—say, a meal for a charitable fundraiser—the value of that advantage will generally reduce the amount reflected on a donation receipt.

Where to claim charitable donations on your return

You use Schedule 9—Donations and Gifts—to calculate the eligible amount of your charitable donations. The tax credit is then claimed on line 34900 of your tax return.

Worth your time and money

Giving to charity is a good thing to do for those who can afford it. The tax reduction is a nice bonus from the CRA and in many cases can cut the net cost of giving in half. Taxpayers who keep these donation guidelines in mind can help maximize their charitable tax savings.

If you have a question for Jason, please send it to [email protected]