I discovered water damage in my home. Will insurance cover me? 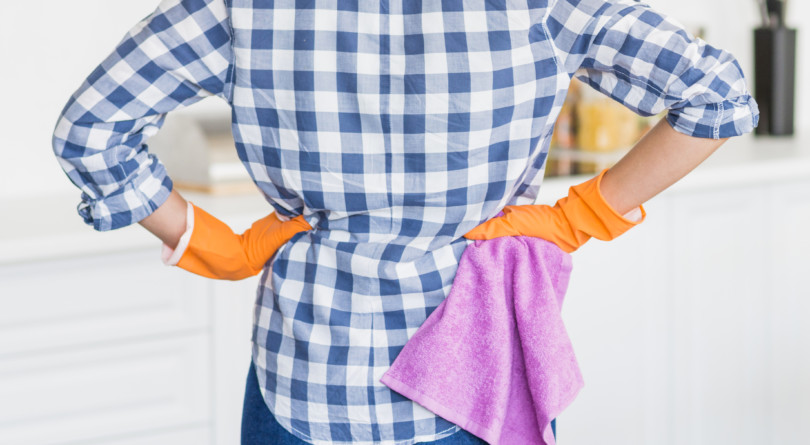 Q: My washing machine has been leaking for years and we only just learned of the leak and the resulting damage because of staining on our basement ceiling below. Will my home insurance cover this?
–Alison

A: While water damage is almost always the same—destroyed floors, mouldy drywall, and potentially destroyed electrical and heating systems—the cause can significantly change whether or not the damage is covered by your insurance.

Turns out, how water enters your home dictates whether or not the damage will be paid by you, out of pocket, or covered by your home insurance policy.

This should cause all homeowners concern. Why? Because flooding happens so frequently. Setting aside the incidental floods, such as pipes breaking or washing machines leaking, natural floods, such as those caused by snowmelt runoff or raised river banks, occur fives times as often as wildfires. In fact, natural overland floods are the second most frequent natural disaster in Canada, according to Dan Sandink, director of research at the Institute of Catastrophic Loss Reduction (ICLR).

Sadly, residents in Ontario, Quebec and New Brunswick are now intimately aware of how devastating a flood can be to both property as well as to someone’s financial well-being. In April 2019, CTV News calculated that 6,425 homes had been flooded in Quebec alone. Another 3,508 were surrounded by water. Another 21 Ottawa homes were voluntarily evacuated, while 80 roads in New Brunswick had been closed.

According to Canadian Forces, 2,000 troops were deployed to Eastern Canada to help with flood efforts, and more than one million sandbags were used in the nation’s capital, Ottawa.

This doesn’t bode well for homeowners across Canada, who will eventually feel the burden of rising premiums to cover insured losses. This is on top of the $1.9 billion in insured losses that Canadians already sustained in 2018—the fourth-highest amount on record, according to the Insurance Bureau of Canada.

What’s worse is knowing that a standard homeowners’ policy (or tenant insurance) doesn’t provide coverage in the event of flood damage. While government relief may be available for uninsurable damage, that relief is often slow to materialize and insufficient to cover the cost of repair, leaving families to pick up the pieces.

You may be able to purchase flood insurance—known as overland coverage—depending on whether or not you live in a flood-prone zone. And even if it is available in your area, however, you must also purchase sewer back-up coverage, which is typically far more available.

But what about floods that are not caused by natural disasters? What about the floods caused by burst pipes or cracked foundations or, in your case, Alison, a leaky washing machine?

In general, standard (also known as comprehensive) homeowners’ insurance may help cover damage caused by leaking plumbing if the leak is sudden and accidental, such as if a washing machine supply hose suddenly breaks or a pipe bursts. Keep in mind, this sudden, accidental flood cannot occur when the home is vacant for more than 48 hours (for some insurance providers this drops to 24 hours), which is why it’s important to have a trusted friend or family member check on your home every day or so to make sure everything is alright while you are away on vacation.

But what about slow leaks? Turns out this is where coverage gets grey and fuzzy. While most policies won’t cover damage resulting from poor maintenance—for instance, damage due to a leaking toilet you failed to repair— that doesn’t mean that all slow leaks are denied coverage.

What follows will help you understand when you’re covered, versus what’s your responsibility.

If you’ve got a crack in your foundation, that’s your problem, explains Peter Burns, former president of the Insurance Brokers Association of Ontario and former owner of Burns Demeyere & Associates, an insurance brokerage in Tillsonburg, Ont. that now operates as McFarlan Rowlands.

Insurance companies operate under the assumption that homeowners will maintain the good, working operation of their home.

“If you have seepage and you get two inches of water in your basement, insurance companies will not pay to have it cleaned up or to replace what got wrecked. That’s a maintenance matter you should have taken care of yourself,” Burns explains.

This means that homeowners must check and repair facets of their home. Re-caulk around windows and doors once a year, check the roof and inspect your home’s foundation.

The same applies to items and components inside the home. Clean and check all drains and hoses at least once per year. Make sure smoke and carbon monoxide detectors are working and have current batteries and that fans and lights are all operating as intended.

2. Slow leaks can cause just as much damage

As a homeowner, you may be totally unaware of the leak until there is evidence, such as the growth of mold, appearance of rot or a bulging ceiling where water is pooling. Or, you may only learn of the water damage after calling in a repair specialist who discovers it while dealing with a different issue.

At this point, some insurance companies will deny the claim based on the fact that regular home maintenance was not performed, and because it was a slow, ongoing leak (not an accidental, sudden burst of water).

Other insurance companies may cover the claim only because the slow leak and the damage it caused was hidden in walls, beneath floors or above the ceiling—in other words, in areas that are not visible to the eye.

To determine whether you have coverage, check your policy’s seepage exclusion or call your independent broker for some guidance.

3. You need two types of coverage to be fully protected

If you want to be protected against overland flooding, talk to your insurance provider. Chances are you will find at least one insurance company that will offer you coverage, but don’t be surprised if you’re told you must also pay for sewer back-up coverage.

As one insurance agent explained, “when a water claim is filed, quite often it’s a mix of sewer waste and clean, flood water. It’s hard to determine precisely what came first so, for that reason, we require clients to pay for both types of coverage.”

The good news is that sewer back-up coverage is relatively cheap. The cost for flood (or overland water) coverage, however, can vary quite dramatically. Homes in areas prone to flooding will notice that coverage is significantly more expensive than homes in areas where flooding isn’t common.

4. Know what you’re paying for

Years ago, it was virtually impossible to get insurance coverage against flooding. Sewer back-up insurance was available for an extra fee, but any overland flood—where water enters the home through an above-ground route—wasn’t covered.

This changed a few years ago when the insurance company Aviva introduced the first overland flood protection add-on coverage. Today, just about any insurance broker or direct-writer will offer some sort of flood coverage. But what you pay for and what you get can differ quite dramatically.

For instance, one provider caps their coverage at $15,000 and requires a larger deductible. This means you must cover a larger portion of the costs out of your own pocket—anywhere from $1,000 to $3,000—and your total claim coverage is limited to $15,000.

On the other hand, the same homeowner could get as much as $150,000 worth of coverage, with no change in their deductible, as long as they install a backwater valve (essentially a flap that prevents water or waste that has exited your home through a drain from re-entering).

The key is to understand which rider—the insurance term for extra coverage—covers each type of water damage, and how you can increase your maximum coverage while decreasing your deductibles.

If possible, find out if the home you are currently living in has a backwater valve already installed. Many newer homes—those built in the last decade—will already have this flood-prevention tool installed. If yours doesn’t, talk to a plumber. Most of the time, the installation will set you back around $1,000, but will give you access to cheaper and far more robust insurance coverage. And if you use your basement for anything more than storing plastic bins, you’ll want robust coverage.

“But…what about my washing machine leak?”

As for your question, Alison, let’s just say your situation is firmly in the grey, fuzzy zone.

Chances are your insurance policy will cover the damage. Here’s why: First, your home wasn’t left unattended or unoccupied when the damage occurred. As previously mentioned, almost all insurance policies will exclude coverage of damage if the damage occurred when your home was vacant and not monitored. This is why it’s so important to have a trusted friend or family member check up on the home when you are away for more than 48 hours (although, the precise time when that exclusion kicks in differs from one insurance company to the next).

Second, the leak was not due to your failure to maintain or operate your appliance properly. I’m assuming that you opened and inspected your unit on a regular basis and that you clean around your unit. By doing this you are conducting regular inspections—inspections that should alert you to potential problems, if visible.

Finally, the damage occurred in the walls and floorboard, where it’s impossible to see with just a visual inspection. This lends further credibility to the idea that you didn’t willfully ignore a problem but, rather, you were caught unaware.

As Burns pointed out, be sure to check your policy’s seepage exclusion or call your independent broker for some guidance. The key, in these situations, is to arm yourself with a complete appreciation and understanding of what your policy does and does not cover.