Find out what you’re covered for with no-fault insurance, how much it costs and what to do if you get into an accident. 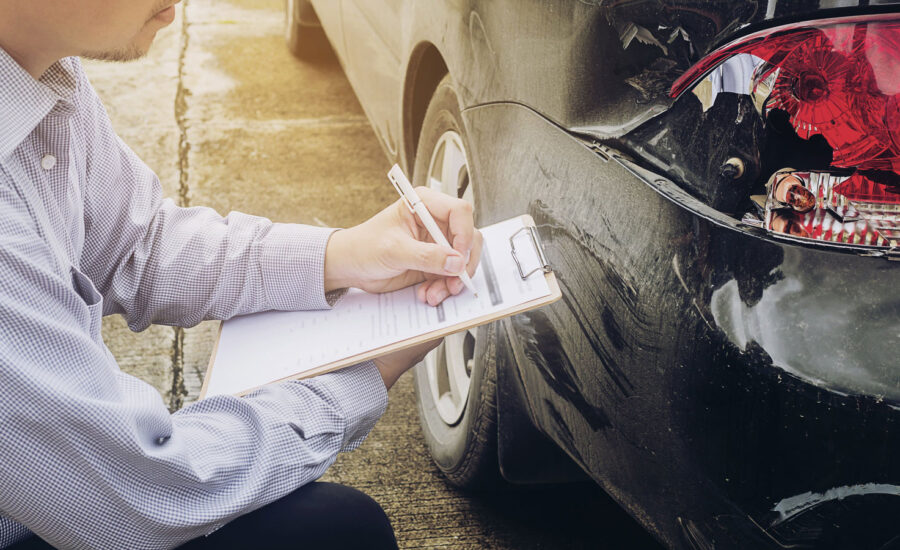 No-fault insurance is more about the insurance claims process rather than dismissing any blame. To sum it up, this kind of policy was designed so you won’t have to drag your feet to a lawyer’s office or provincial court to deal with a suit or claim after a collision. Instead, your insurance company will automatically cover costs for damages or injury under certain conditions (read on to learn more) so you can get on with your life sooner.

What is no-fault insurance?

No-fault insurance is part of your policy so that insurance companies, instead of the court system, battle it out with each other to settle claims. For example, if your car was damaged as a result of a distracted driver, your insurance provider will directly give you coverage, and then it will request a claim in the same amount from the accident-causing driver and their insurance provider.

But let’s also talk about an at-fault, or tort, policy. The dominant type of insurance in Canada before the no-fault system kicked in back in 1989, tort allowed you to sue a driver (or someone to sue you) when a smashed-up car, damaged property or even bodily harm resulted from a collision. With a no-fault car accident claim, your policy doles out coverage, regardless of who is at fault.

In May 2021, the Insurance Corporation of British Columbia (ICBC) is introducing no-fault insurance, which they are calling an enhanced care model and this wording places more emphasis on the system’s benefits for consumers. The province of BC held the position for having the most expensive auto insurance in Canada. With this change, though, auto insurance in the province will drop down to the Canadian average (about $1,300 a year), which will save British Columbians some money.

“In most cases, people won’t be engaged in a lawsuit after a crash to win damages, but, instead, the ICBC will pay money to them directly and immediately,” explains Tim Mackie, executive vice president of operations for Westland Insurance Group, an independent insurance brokerage in western Canada. “The ICBC will pass on the savings of this new system to customers in the form of reduced premiums,” he says, and its estimated annual premiums will drop on average 20% (or approximately $400) once enhanced care is officially put into play next year.

What is covered by no-fault insurance?

There are up to four components that make up a no-fault insurance policy, and each offers coverage for various situations and needs.

What is not covered by no-fault insurance?

A no-fault insurance policy does have its pitfalls. When your ride has been damaged by anything other than a collision—for example, a falling tree branch, theft or graffiti—you’ll need another kind of insurance called comprehensive coverage.

Similarly, no-fault insurance doesn’t pitch in when you’ve had an accident with a hit-and-run driver. This is when collision coverage is handy; note, however, that along with comprehensive coverage, both are optional and will you cost more in premiums.

An insurance professional can help you weigh the pros and cons of adding these extras (read: collision and comprehensive) to your policy. For example, if you’re driving your mom’s old car into the ground and it’s only worth its parts, paying more for comprehensive coverage doesn’t make sense because you wouldn’t lose much in light of its total value.

On the other hand, if you just bought a new and tricked-out 4×4, you’ll want to consider comprehensive or collision coverage, which will help you afford all the repairs or, if necessary, a new car.

What’s the difference between no-fault insurance and third-party liability?

Think of it this way: No-fault is an insurance process, and so is tort. In Alberta and Saskatchewan, tort still exists. Neither no-fault nor tort are mandatory, but you have to pick one (if available). However, third-party liability is required by every province and territory when you own a car, whereas no-fault insurance is not always required. For instance, in Saskatchewan, you can choose to purchase a tort policy instead.

Third-party also serves a specific role within a no-fault system. “Third-party liability coverage protects you from claims made by other motorists for injuries or material damage if you are found responsible for a crash,” Mackie says. In other words, your insurance company will cover costs if someone makes a claim against you. That person could be a cyclist or pedestrian you sideswiped, a homeowner whose front window you crashed, or a driver whose car you swerved into because you were distracted by a phone call. (Read more on third-party liability.)

It is mandated by law to have auto insurance when you own a car, and pretty much everyone in Canada needs to have no-fault insurance because the system is in effect across the country. How it is implemented varies from province to province, though, and this guide from the Insurance Bureau of Canada (IBC) gives you a cross-country snapshot.

How much does it cost?

Whether public or private, no-fault insurance in Ontario, as well as B.C., Alberta, Quebec and across the country, is packaged differently. As a baseline, let’s look at the average price of annual premiums for a basic policy from coast to coast:

If you are buying auto insurance, know that the pandemic has made the process very convenient, as you can do it from the comfort of your home. Either online or over the phone, you can purchase auto insurance in one of three ways: From a bank or credit bureau that offers auto insurance; directly from an insurance provider; or from an independent and licensed insurance broker to comparison shop.

To prep for the call or your online search, have the below items ready:

Everything you need to make a claim

There are go-to steps to take whenever you are in an accident, whether it’s your fault, someone else’s fault or a hit-and-run. “It’s a new experience for many people; one in 10 drivers may have a claim in a year,” says Pete Karageorgos, director of consumer and industry relations Ontario for the IBC. He suggests keeping a printed copy of the agency’s accident report form handy in your glove compartment. It tells you what to do, step-by-step, while you’re feeling scattered.

Important advice on the sheet includes:

“When it’s safe to do so, we advocate taking photos of the damage; nothing tells the story better, especially during an auto insurance claim,” Karageorgos says. It’s also worth noting that the police don’t investigate the fault of the accident; the insurance companies do.

His final advice: Regardless of who’s at fault, report the accident in writing within the seven-day threshold of your insurance policy so you’re entitled to your available coverage. Also, don’t bring your car to the body shop too quickly. “An insurance company can’t assess the damage when the repair process has started,” he says, adding that your auto insurance policy may cover rental car costs until your claim has been approved and your wheels are ready to get back onto the road.

How is fault determined after a crash?

While the ins and outs for no-fault insurance are different from one province to the next, factors that weigh in across the board include police reports, formal intel filed by insurance estimators and adjusters, and even past court decisions based on accidents similar to yours.

But, as stated above, the insurance companies determine fault, not the court systems nor the police. What comes into play are the rules of the road and fault rules (from rear ends to right-of-way issues, consider them a playbook to every possible accident scenario) specific to your province. And accidents in parking lots are almost always 50-50 fault, meaning both are at fault. Faults of accidents are generally determined by your provincial Motor Vehicles Act and Insurance Act.

What happens after you file a claim

A claims adjuster will step in and review your file. They will either meet with you in person, or handle the claims process over the phone and email. They may ask you to fill out a proof of loss form, which is a sworn statement verifying your claim. It will require you to log all of the details surrounding the damage, the expected cost to repair or replace your car and, if applicable, its contents and your property as well.

Stay patient while making a claim, because an adjuster needs time to determine how much coverage you are entitled to based on your policy and who is at fault in an accident. Most of all, don’t be afraid to ask questions so you can always be clear about what your benefits are. 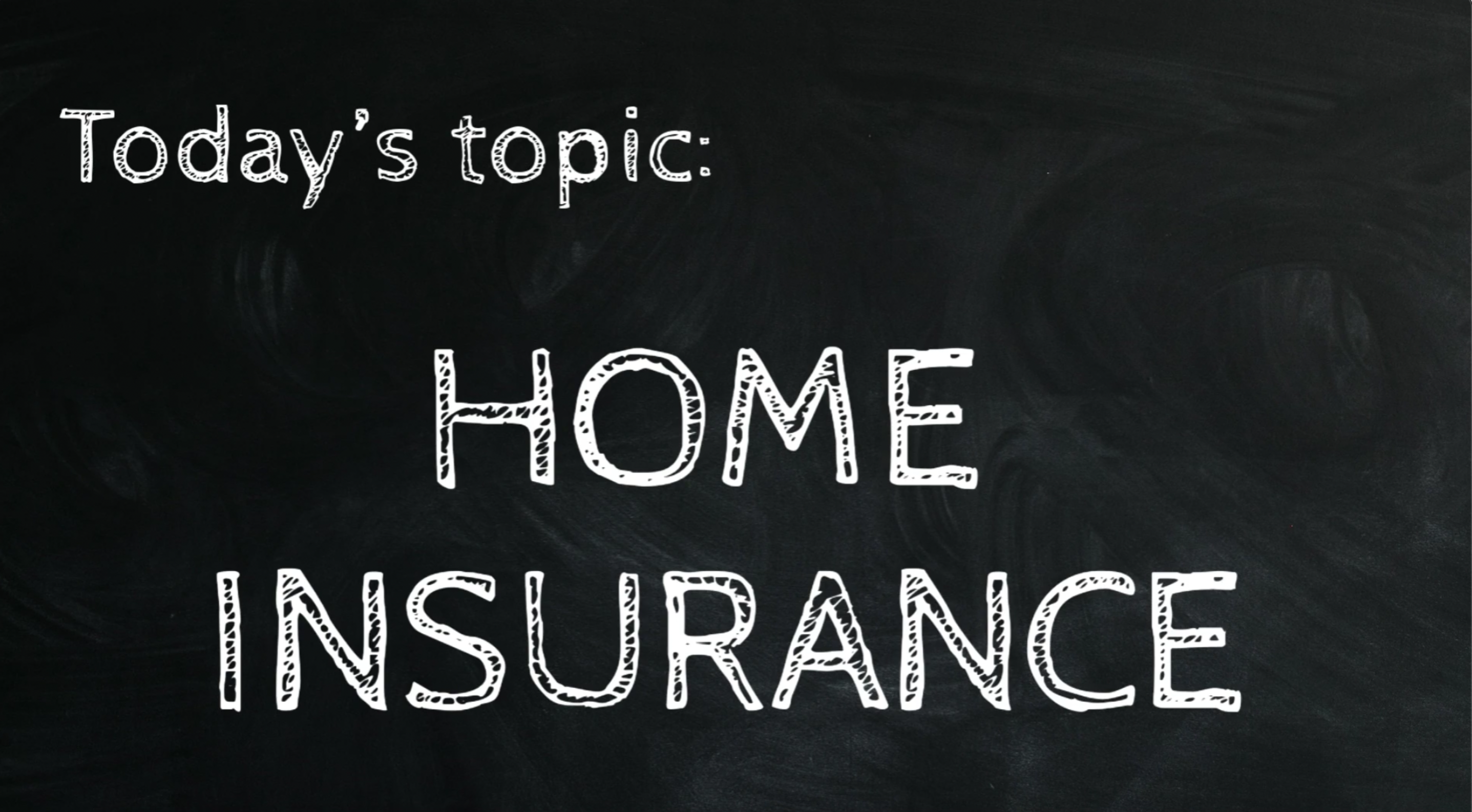 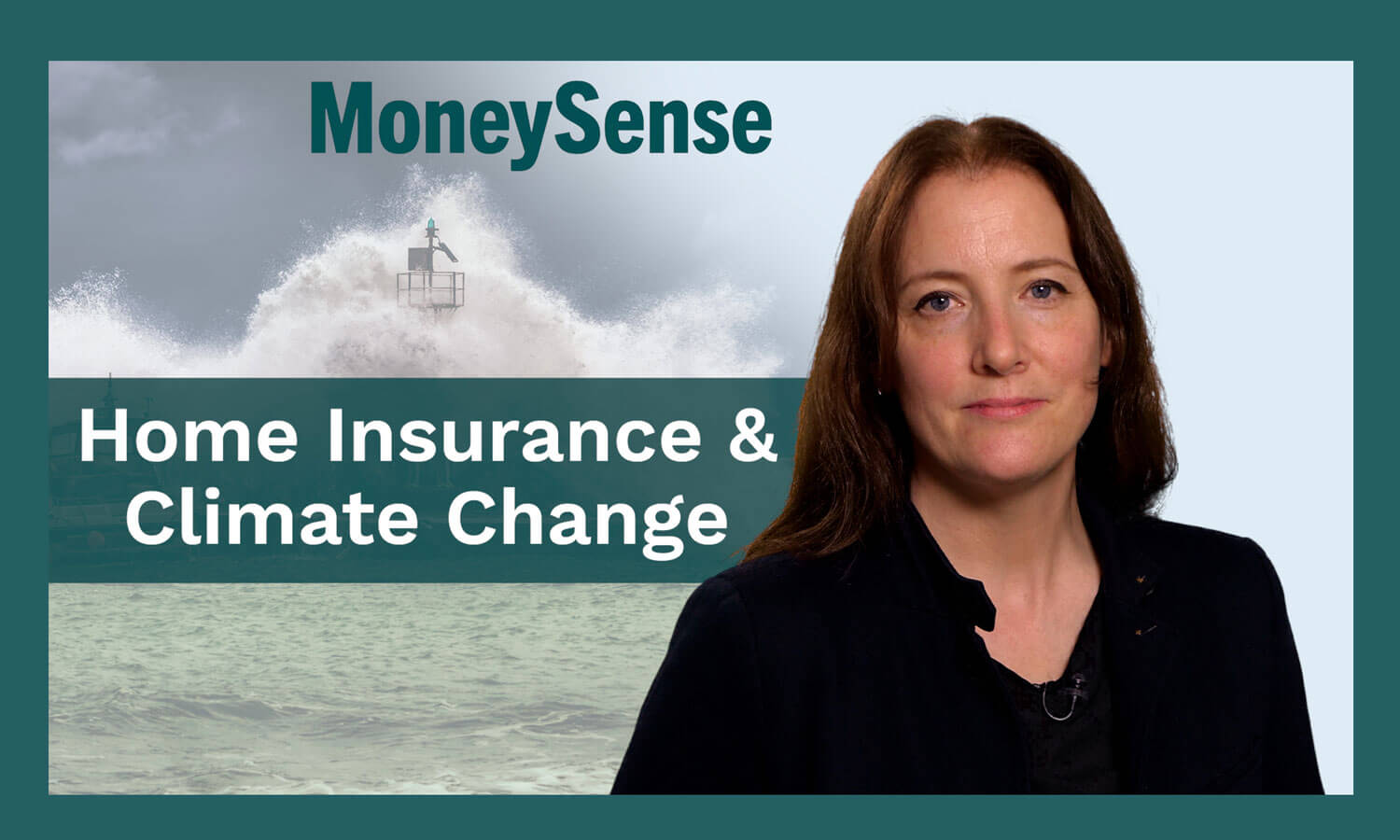 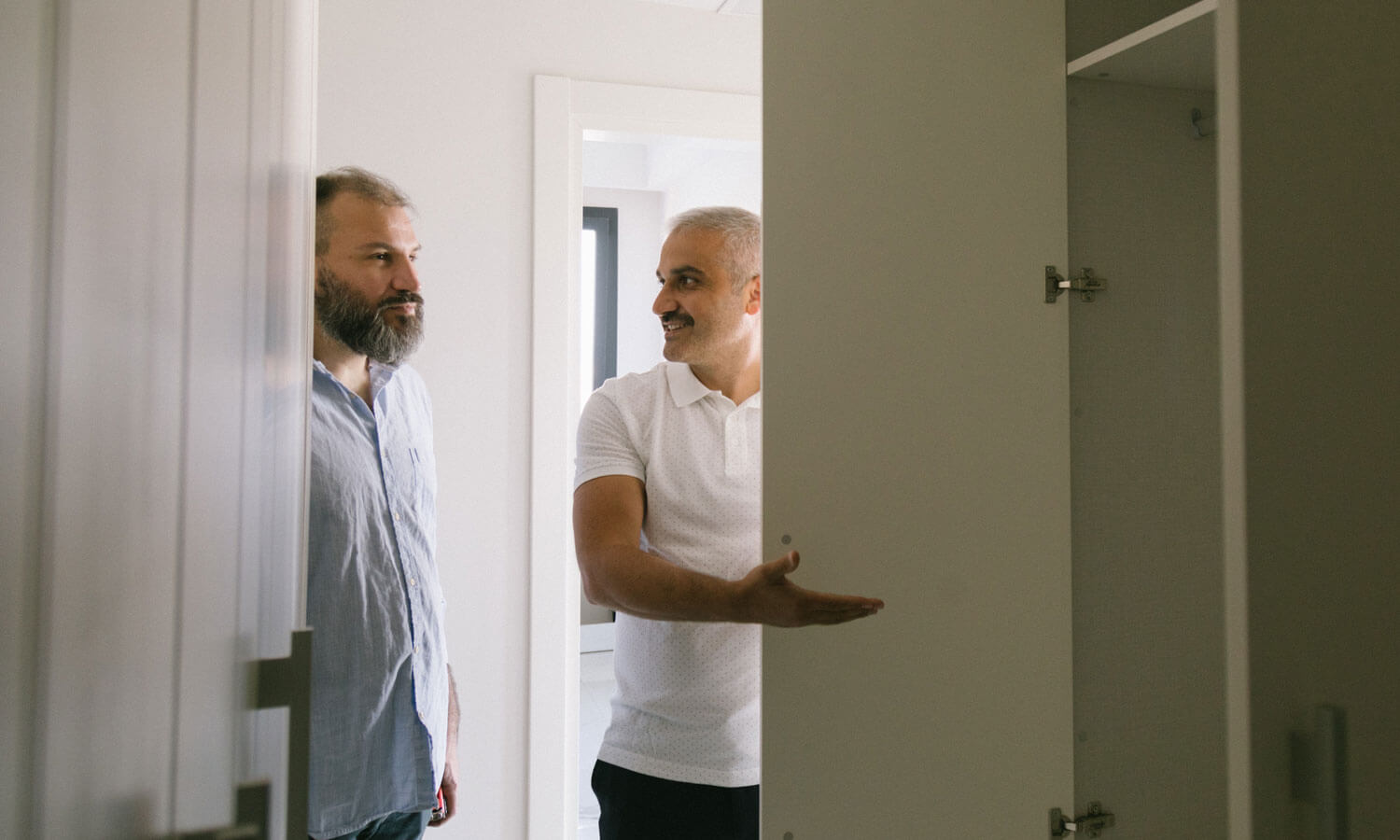 You know about home insurance. You may be savvy... 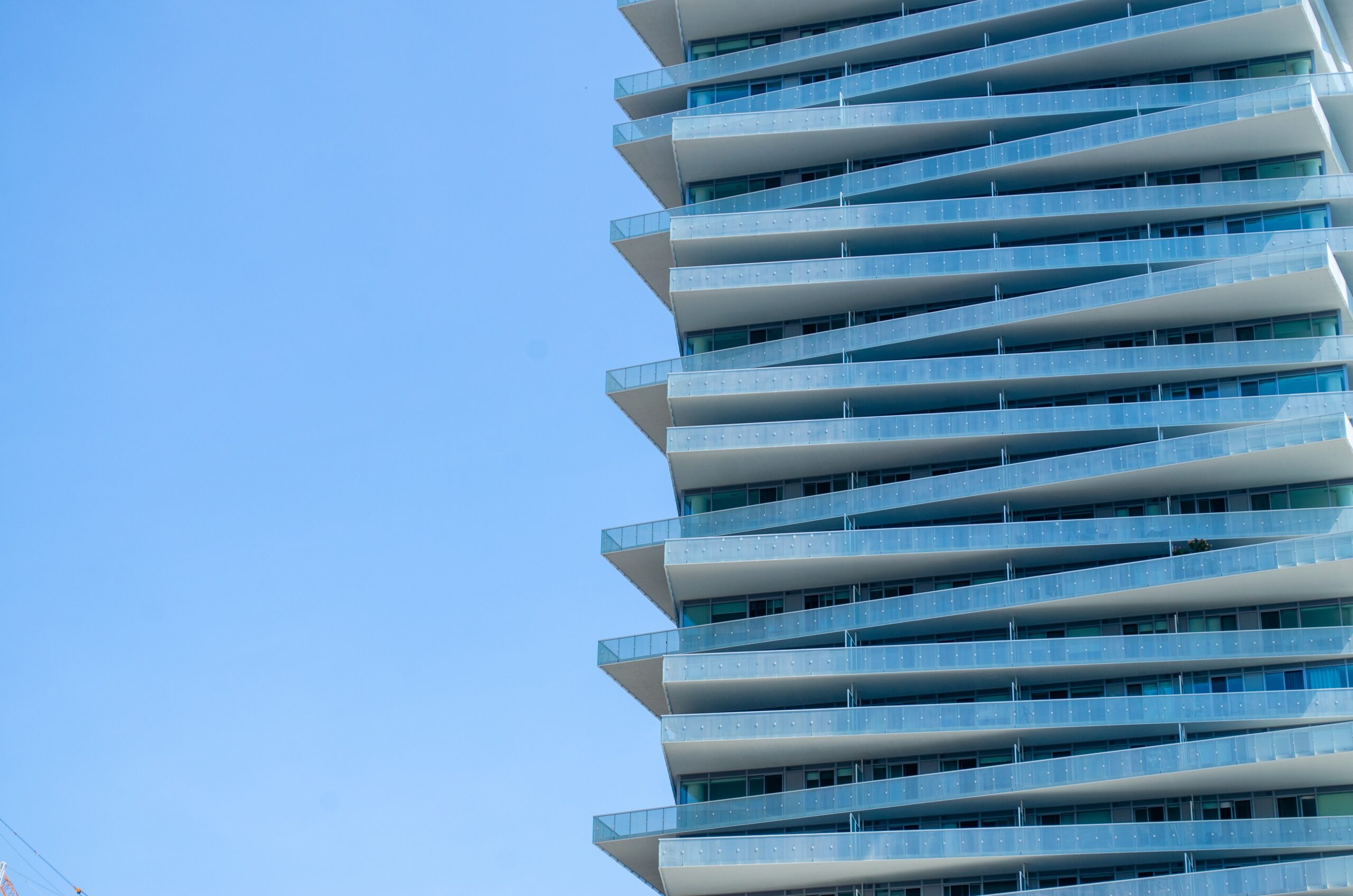 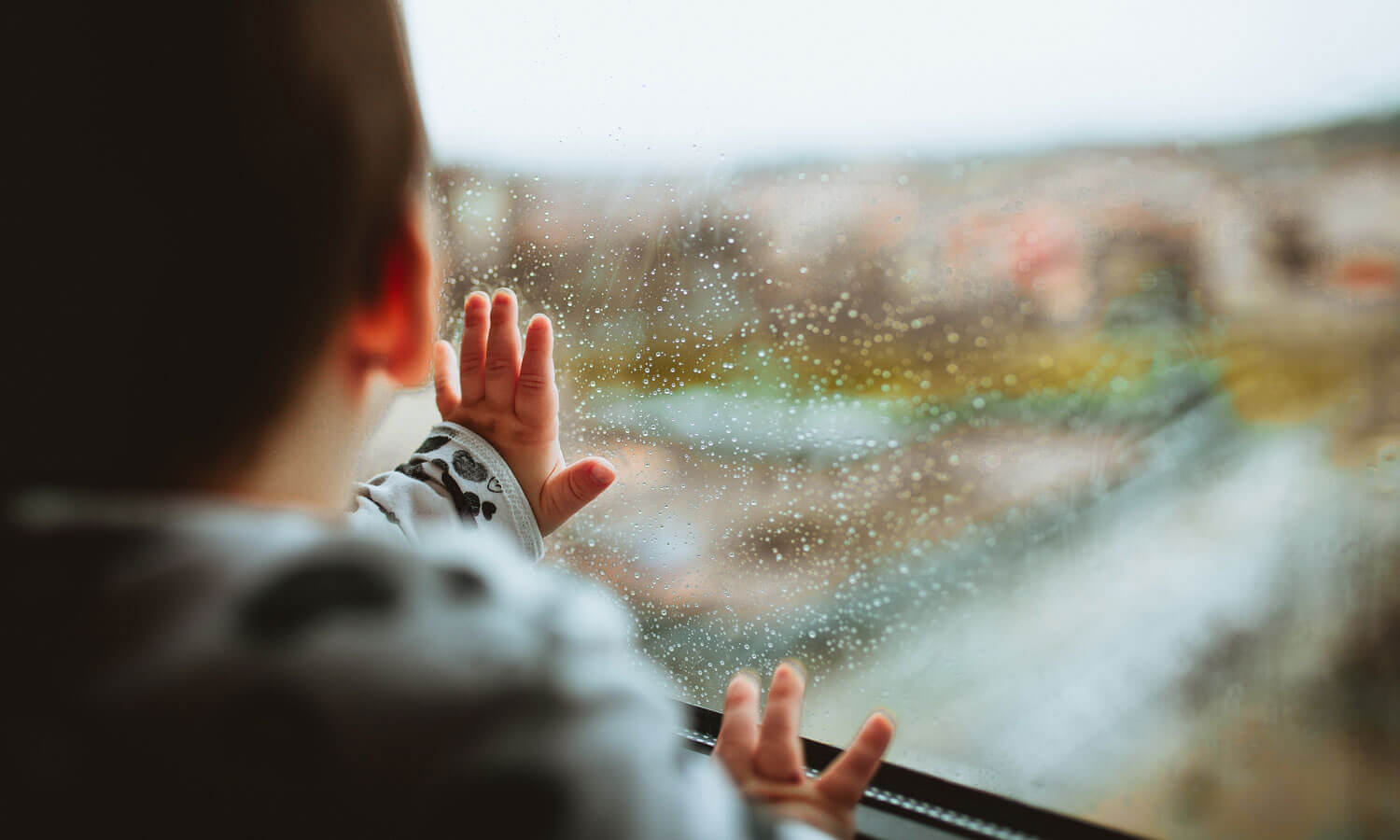 Severe weather due to climate change is increasing home...