Your best defence against a recession is to follow some basic principles: Save up for emergencies, diversify your holdings, and sharpen your resume. 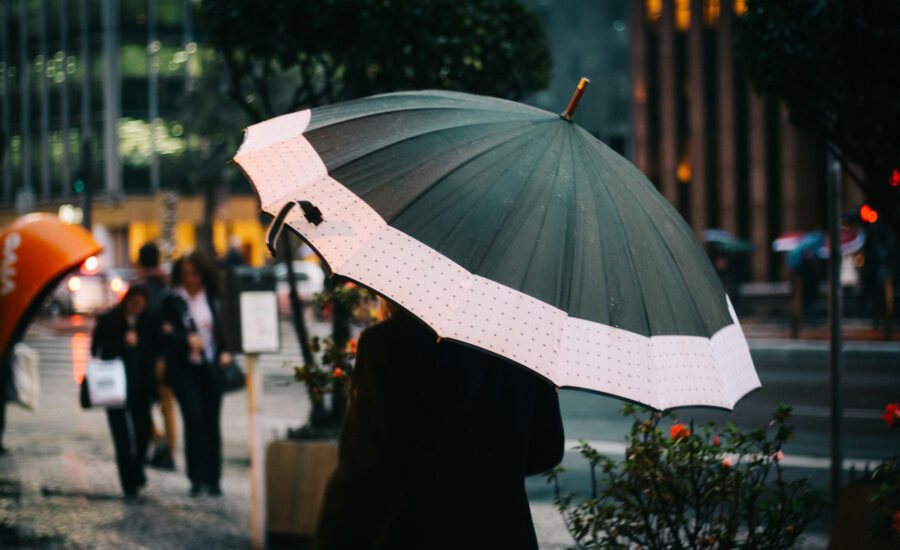 Photo by Nayara Dinato from Pexels

The Great Recession scarred me. I was just about to graduate from university in 2008 when it hit: The fallout from the subprime mortgage crisis created a deluge of fear, anxiety and pure panic from all corners. The S&P 500 plunged by 57%, U.S. gross domestic product (GDP) declined by 3.8% and employment dropped by 6%. Similarly, in the European Union (EU), GDP sank by 4.4% in 2009 and about 6.7 million jobs were lost from 2008 to 2013.

Never mind that Canada barely suffered compared to the United States and Europe—Canada’s GDP fell by 3.6% for only three quarters across 2008 and 2009 before recovering, while employment dipped by just 1.8% in the same time frame. Mass uncertainty still swept the air. Home ownership and retirement plans washed away and headlines screamed that there were no more jobs to be had. It seemed the only sensible course of action was to hide out and let it all rumble over. I enrolled in graduate school.

Eventually, the global economy did recover. But it never forgot.

What happened after the recession in 2008

For the next 11 years, the U.S. was in its greatest-ever period of economic expansion. The stock market hit record highs in both Canada and the U.S., while unemployment figures dipped to near-historic lows around the world.

And then the COVID-19 pandemic hit.

The stock market reacted spastically in response to potential quarantines, supply chain disruptions and travel restrictions. The DOW tumbled more than 3,500 points the last week of February, quickly recovered by Monday of the following week, only to again plunge 1,000 points on March 5. An extremely short recession hit—lasting only two months, from February to April 2020.

Part of the reason it was so quick was because federal banks around the world were terrified of deflation and responded by slashing interest rates to historic lows, and governments flooded their citizens with cash benefits and spent billions on pandemic-related concerns.

Governments could seemingly only focus on the mess right in front of them—containing the virus, relieving hospital staffing and ventilator shortages, developing and distributing a vaccine—the list went on and on.

But there was always going to be long-term economic consequences to such measures; there’s no such thing as “a free lunch” after all.

Now that the immediate stress of the pandemic is behind us, we’re able to look at the wreckage a bit more clearly—and it’s obvious that it’s the economy that is now sick.

The question on everyone’s mind is: Is another deeper recession just around the corner?

Economists are predicting that Canada will enter a recession early next year. Are you making any changes to prepare for that possibility?

What is a recession?

Technically, a recession is two quarters of negative GDP growth. And since it has to last for six months to qualify as one, you may not even notice you’re in the midst of a recession until it’s almost over. Most recessions aren’t as serious as the one in 2008 was, nor are they as light as the one in 2020 was; they usually last for just under a year.

Experts predict that if we do soon enter a recession, it will be a mild one.

The cause of a downturn is what determines its magnitude. Trouble within a single market—like the tech sector of the early 2000s, for example—generally leads to an easier recession than one caused by a massive imbalance in the economy, as was the case in 2008 when subprime mortgage loans were packaged and sold around the world.

Since the next recession is likely to be caused by high interest rates and inflation, it will likely be on the short and shallow end—an excess of money in the economy is a lot easier to handle than an excess of debt.

Another reason to expect a mild recession is that the job market is in such good shape. The unemployment rate reached a record low of 4.9% in June. Job vacancies exceeded one million in the second quarter—a new record in Canada.

Normally, we could expect to see rising unemployment, especially among young and part-time workers. But the labour market is extremely tight right now. While we can still expect some layoffs, a freeze on new hires and reduced staffing through natural attrition, we’re unlikely to see high unemployment.

What’s driving the likelihood of another recession?

As of December 2020, Canada ranked fourth among G20 countries for pandemic-relief spending, with the federal government dropping $270 billion on individuals and businesses. For its part, the Bank of Canada (BoC) lowered interest rates to 0.25%, making borrowing money practically free.

The result? Savings rates rose during the pandemic—with Canadians amassing $212 billion in 2020 versus $18 billion in 2019.

Making money in stocks was easy, with markets surging to record highs.

Around the same time, COVID-related supply chain disruptions caused a low supply of cars, electronics and other goods. And then the Russian invasion of Ukraine shrank the supply of oil and wheat.

What role has the BoC played?

It appears the BoC is now trying to engineer a short, shallow recession to rein in inflation. This would avoid the longer, deeper recession that the BoC feels would inevitably result should inflation become established.

Initially, the BoC refused to acknowledge that inflation was here to stay. It insisted inflation was transitory and promised to keep rates low for several more years. As recently as March 2021, the BoC’s former deputy governor Lawrence Schembri estimated inflation would be moderate and top out at 3%. Instead, inflation hit a 30-year high in June 2022, peaking at 8.1%.

The main job of the BoC is to keep inflation near a target of 2% annually. Once it was clear that inflation was far exceeding that target, the BoC quickly reversed course and started raising rates—quickly and dramatically. In six consecutive announcements since March 2022, it jacked the overnight policy rate to 3.75%—one of the steepest and fastest rate escalations ever seen.

The effects of the rate hikes can already be seen. Families and businesses have already started spending less, housing prices have stalled, and the stock market has pulled back.

The BoC stated its goal is to control prices, even if it comes at the expense of wage growth, and a recession.

A recession isn’t the end of the world—it’s simply a natural part of our economic cycle. Fear of a recession can easily affect you more than an actual recession.

In December 2018, for example, the North American stock market was getting hammered, with NASDAQ, S&P 500 and the DOW sinking to 15-month lows. But in fact, the stock market returned around 20% just a month or two later.

“It was a very volatile, risky year and the economic conditions weakened,” says Craig Alexander, chief economist at Deloitte Canada. “If you sold [assets] in 2018 and didn’t invest in 2019 because you were scared a recession was going to happen, then you missed one of the best years in the stock market.”

Although most indicators point that a recession is near, nobody can predict the future.

How can you prepare for a recession?

The best way to prepare for a recession is to structure your finances according to some basic, defensive principles (all conveniently summed up in popular sayings): Save for a rainy day, don’t put all your eggs in one basket and update your resume.

“People need to be mindful that recessions do occur,” says Alexander. “The question is: If a recession hits, can you get through the [next] 16 to 18 months that it will last? A recession is a valley and what you really need to do is get to the other side of the valley.”


Find a qualified financial advisor near you
go to tool

Here are a few strategies to help insulate yourself from the effects of the next recession.

Aim to save enough for three to six months of living expenses. While many Canadians are currently using their line of credit in lieu of a cash fund, be aware this may leave you in a precarious situation since credit may not be so easily available during a recession. Here is how to build an emergency fund.

Make sure you have a diversified portfolio

That means holding a variety of investments across asset classes (i.e., stocks, bonds, real estate, commodities) and across securities and sectors (banks, energy, consumer goods, technology, etc.). Blue-chip, large-cap stocks in mature industries tend to weather economic storms better than smaller companies in newer industries—think healthcare and utilities over cannabis and blockchain. Here’s how to know if your portfolio is diversified enough.

Don’t try to time the market

Research shows that active investment strategies underperform the market. The best investment strategy is the same both in and out of a recession—buy shares from companies you understand and think are going to be around in 50 years and don’t sell them. If that sounds like too much work, put aside some money from every paycheque in a low-cost, broad-market index fund. Here’s how to deal with market volatility as a long-time investor.

Update your skills and your resume

Is your industry particularly vulnerable to a recession? Will your skills be in demand even if the economy takes a nosedive? Are you indispensable to your employer? Retrain or upgrade as necessary and update your resume. Here are some remote jobs that pay well.

“Recessions aren’t something to fear,” says Alexander. “They’re something that we’ve experienced on average every eight to 10 years in the past and Canada has gone through them and ultimately, we’ve been a more prosperous country.”

If we do enter a recession in 2023, remember the best way to get through it is to remain confident in your financial plan, and know that they don’t last forever.

Read more about planning for recessions: 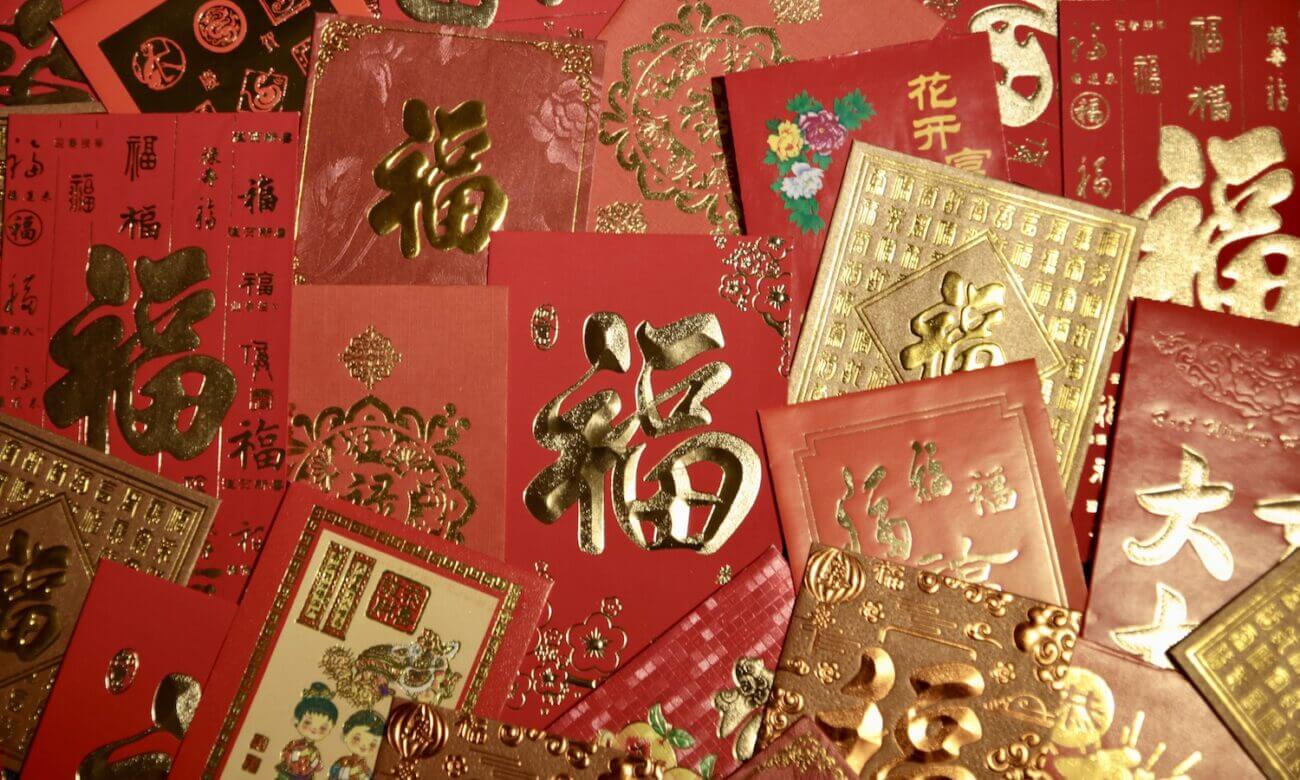 Why do people give red envelopes for Lunar New Year?

Giving “lucky money” is one of the traditions that...

Why do people give red envelopes for Lunar New Year?