Big tech continues to lead Q2 earnings, with a surprise winner from Canada; the market price of gold surpasses its old record; what Warren Buffett is selling (and buying) these days; and more. 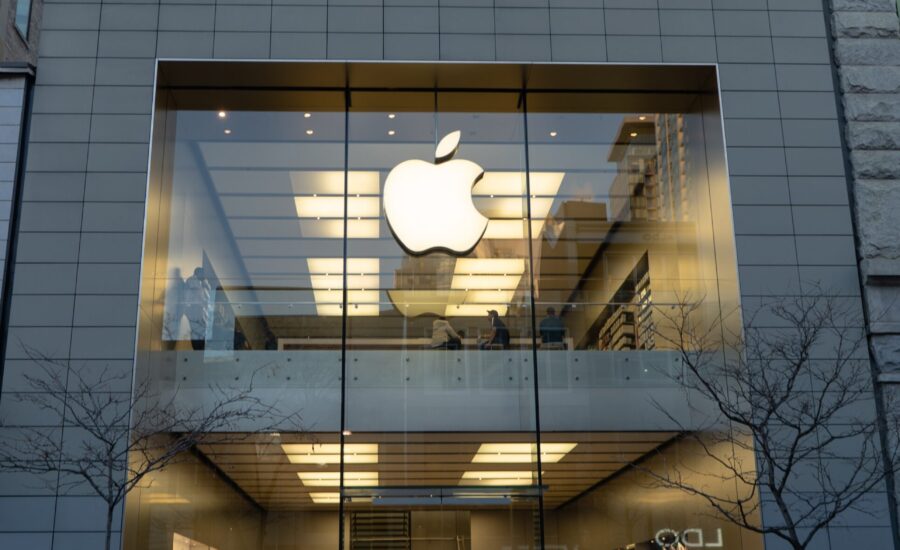 Photo by Yaroslav Verstiuk on Unsplash

Gold stole the headlines this week. That can happen when an infamous asset takes out its previous all-time highs.

Gold is gaining based on general uncertainties in these, well, uncertain times. There is also the fear of inflation. Many investors also point to the prolific money printing from central banks and the ballooning deficits and deficits. In this MoneySense post, I touched on Canada’s pending $1-trillion debt, and the similarly large number representing proposed stimulus in the U.S.

“A lot of people are excited about gold today because of how much debt countries around the world are accumulating. The more leverage these countries take on, the more concern there is about currency devaluation, while gold remains worth what it’s worth.”

Portfolio managers who are fans of gold will suggest a 5% to 10% portfolio weighting. As Bryan suggested in his article, if gold gains are modest, that kind of allocation won’t give you much of an overall bump.

That said, we might remember that gold increased almost tenfold during the period of stagflation of the 1970s and early 80s. During the Great Depression, the price of gold more than doubled in value in the early years of the stock market crash from 1929. In modern times, from 2000 and  moving through the dot-com bust, the financial crisis and the recent pandemic crisis, gold has been one of the best performing assets. (A good source for gold performance charts is macrotrends.com.)

Detractors of gold will, of course, point to the long periods (decades) when gold has lost value. Proponents of gold as a portfolio asset will remind us that, similarly, insurance coverage is a cost that may not seem to have a return—until you need it.

Investors can hold ETFs that invest directly in physical gold. One can also own ETFs that invest in baskets of gold stocks. And more experienced investors may hold individual gold stocks. To create income or to rebalance their portfolio when gold skyrockets (as it is doing now), the investor would simply sell some of those units or shares.

And the “new gold” polishes its image

Bitcoin caught its own share of headlines this week. According to charts at coindesk, Bitcoin moved from $9,400 to more than $11,200 over the last several days.

Bitcoin is trying hard to make a case for itself as a core asset. Of course let the debate begin. We’ll see you in the comment section. (For background, check out this MoneySense post.)

For the record, I do hold a very modest position in Bitcoin. I also hold some gold ETFs and gold stocks.

When the pandemic brought on the dramatic stock market correction in late February, many investors looked to Warren Buffett. Of course Mr. Buffett is often recognized as the world’s greatest investor. He has made a hobby by beating the U.S. stock market with regularity, and by a very wide margin.

But in February and beyond, Buffett was eerily silent. There was no typical “U.S.A.! U.S.A.!” cheerleading and assurances. In fact, Mr. Buffett offered incredible caution. He was preparing for the worst and even thought the massive cash pile of Berkshire Hathaway might be needed to shore up existing businesses.

“Be greedy when others are fearful.”

So it’s interesting that, in light of the pandemic, Buffett’s first move was to sell. He sold his entire position in four major U.S. airlines.

“The world has changed for the airlines. And I don’t know how it’s changed and I hope it corrects itself in a reasonably prompt way. I don’t know if Americans have now changed their habits or will change their habits,” Buffett said in May 2020.

At the time, he stated that Berkshire expected some of their businesses (wholly-owned subsidiaries) to not survive. The cash pile, resulting from that airline stock selloff, might be needed to patch holes in the portfolio.

His first notable buy was a near $10-billion purchase of pipeline assets from Dominion Energy. That took place in early July. It was announced that Buffett has also been buying back shares of Berkshire Hathaway, estimated at a total of $5.3 billion.

And this week Berkshire Hathaway did more of the same ‘ol, same ‘ol —buying more shares in Buffett’s favourite bank, Bank of America. The additional $1.2 billion in share purchases raised the ownership stake to 11.5%, according to the New York Times. That is Berkshire’s second largest stock holding after Apple.

What can we glean from Buffett’s recent moves? The most important aspect might simply be that he’s no longer sitting on that overstuffed wallet. We might take that as a sign of at least some confidence in the stock markets and economic recovery.

It’s a start. Is the Oracle of Omaha just getting warmed up?

The almighty U.S. dollar is starting to cower. In fact, Goldman Sachs even suggests the its status as the global reserve currency is at risk. (Backgrounder: As a reserve currency, many global financial assets and commodities such as oil are priced in, and traded in U.S. dollars. Those institutions and central banks around the world need to hold U.S. dollars.)

“The greenback faces several risks, including that the U.S. Federal Reserve may shift toward an ‘inflationary bias,’ a rise in political uncertainty and growing concerns surrounding another spike in coronavirus infections in the country, according to Goldman strategists. They added that the debt buildup as a result of the pandemic may lead to debasement fears.”

Of course, no one knows with any certainty what will happen with any asset, but it does put the subject on that table. What does that mean for investors?

Canadian investors have the option of holding U.S. ETFs and mutual funds in currency-hedged or non-hedged versions. And certainly over the last several years Canadians have benefitted from a strong U.S. dollar. U.S. stocks have outperformed in the wake of the financial crisis, along with the US. dollar, which, according to data from Morningstar, has appreciated by 40% vs. the Canadian dollar from April of 2011 to present. In non-hedged funds that currency boost is tacked onto any stock market gains. For example, if your U.S. asset increases by 10% and U.S. currency increases by 5%, your total return would be 15%. (Of course, fees and any fund expenses can affect those numbers.)

The recent headlines remind us that there is currency risk. The currency boost for U.S. assets is a recent event, and that could reverse direction.

A prevailing theme among portfolio managers and financial writers is to not worry about currency hedging. (Here’s what MoneySense has said about why currency hedging doesn’t work in Canada.) Over the longer term that still makes sense, based on the evidence. We should not react to recent headlines.

And it can be wise for Canadians to hedge their lifestyle. And ironically, they are hedging that lifestyle by not hedging their investments. If we travel to the US and internationally, we can take away that currency risk. A Canadian who is a frequent traveller to the U.S. (think Snowbird) would be well served by some US dollar investments and a designated US Dollar savings account. They would not not be at the mercy of higher currency conversion rates for US cash and for U.S. accommodations, flights or other.

For those who do want to play both sides of the coin, ETFs make it easy, and you can find hedged and unhedged options recommended by MoneySense’s panel here.

And the Best International ETFs roundup will provide exposure to a basket of international stocks and currencies.

There’s no reason to panic, as it’s highly unlikely the U.S. would lose its reserve currency status in short order. Mike Philbrick of ReSolve Asset Management offered that any change in status would not be sudden; it would be a slower evolution.

You can’t just flip a switch.

More earnings reports on both sides of the border. Again, tech stole the spotlight—and Shopify, in turn, stole much of the thunder from the U.S. big techs.This Canadian success story increased revenues by 97.3%, bringing revenue for the quarter to $714.34 million, beating estimates by $202.78 million.

Here’s a must-read post on how Shopify helped a Canadian craft brewery increase sales after having to close its doors.

And here’s some humility (and humour) from Shopify CEO Tobi Lutke:

South of the border:

Facebook beat earnings and revenue estimates by a very large degree. Revenue was up 10.7% year-over-year for the quarter. Active users were up 5%, as people returned to Facebook to connect during the lockdown and in our new normal.

Amazon delivered strong revenue for the quarter, beating estimates. Given the massive move to online shopping, perhaps no company was and is better positioned for the new normal. Revenue was up an astounding 40% year-over-year. Amazon also beat expectations on the earnings front, setting a new record with $5.8 billion in quarterly earnings.

Apple was expected to face pressure as factories and stores were closed for part of the second quarter. But the tech giant was able to execute in this difficult environment. iPhone sales for the quarter were $26.2 billion, beating expectations by almost $4 billion. Apple beat on total earnings and revenue estimates. Apple also delivered generous growth in Apple Watch, and iTunes and other services. They also announced a 4-for-1 stock split.

Alphabet (the parent company of Google) beat on earnings and revenue, despite search revenue was down 9.8% for the quarter. That was compensated for with Google cloud revenues up 43%, and they own YouTube as well.

It looks like the big tech giants will continue to be the stock market growth darlings. (Consider, for example, that Air Canada revenues were down 88.9% year over year in Q2.) And those companies are helping to drive your portfolio returns if you own a US large cap fund or ETF that replicates the S&P 500 or total U.S. market index.

Shopify is now the most valuable Canadian company and holds the largest weighting in the Toronto Stock Exchange composite.