Review: The new CIBC Costco Mastercard. Is it really the best credit card to use at Costco?

As of March 4, 2022, CIBC became the exclusive issuer of Costco credit cards in Canada. We break down if it’s really the best card for frequent Costco shoppers. 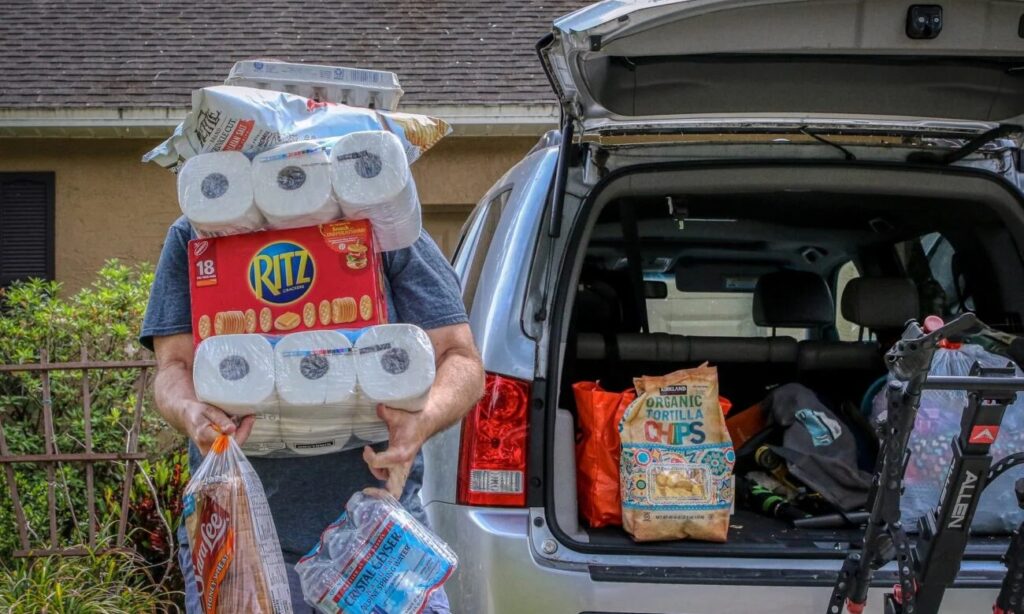 Photo by Mick Haupt on Unsplash

As of March 4, 2022, Costco has officially made the switch from the Capital One Costco Mastercard to the CIBC Costco Mastercard. Here’s what you should know if you’re considering this card—or have automatically been switched over from the Capital One card. Since opening its first Canadian warehouse store in 1985, Costco has become a staple shopping destination for people who want deep discounts on bulk buys. The catch? Costco requires a membership for you to shop there. (It’s $60 for a Gold Membership and $120 for an Executive Membership.) Once you have one, you can reap the benefits of the low prices it offers on everything from groceries, homewares, furniture, electronics and prescriptions to vacations, gas, tires and more. As you can imagine, the savings can be significant.

Find your next credit card*
Find my perfect card
You will be leaving MoneySense. Just close the tab to return.

No. In fact, until 2014, the only credit card accepted by Costco was a store-branded American Express. Unless you were carrying that card, you’d have to pay in cash at the till, making the shopping experience clunky and inconvenient. This deal changed in 2015 when Costco partnered with Mastercard instead. In general, this was seen as an improvement—American Express isn’t accepted at nearly as many places as Mastercard.

Today, in addition to cash and debit, Canadians can pay for their Costco purchases using any Mastercard. Previously, the store had one branded credit card—the Capital One Mastercard for Costco members. But as of March 2022, that partnership ended and CIBC acquired the existing Canadian Capital One Costco Mastercard portfolio, becoming the exclusive issuer of Costco credit cards in Canada.

What will happen to my Capital One Costco Mastercard card?

The new CIBC Costco Mastercard will remain a no fee cash back card, just like its Capital One predecessor. But, there are a few key changes. First, you’ll earn 3% cash back at restaurants and Costco gas stations (the Capital One card gave 3% back at restaurants but only 2% on gas). You’ll also get 2% cash back at other gas stations, which is handy when you’re on the go, and 2% back when you shop at Costco.ca. For all your other purchase categories, you’ll earn 1% cash back (including at Costco). This card also comes with mobile device insurance, with up to $1,000 of repair or replacement coverage when you charge or finance the price of a mobile device on your card. With certain eligible purchases, you can also get security insurance and extended warranty insurance. If you meet certain requirements, like an income of over $60,000 per year, you may qualify for the CIBC Costco World Mastercard, which is essentially the same card, but includes World Mastercard benefits like car rental insurance, travel perks and more.

However, there are a few drawbacks. While there is technically no annual fee, to truly reap the benefits of this card, it’s worth noting that you (obviously) have to have a Costco membership, which is upwards of $60 per year. Another point: there’s no limit on how much you can earn throughout the year. But, the cash back earn rate you receive does come with a cap. When you reach your annual spend in a certain category, you’ll still earn cash back—it will just be at the 1% rate for the remainder of the calendar year in that category. For gas, you will receive the 3% cash back rate (and 2% cash back rate at other gas stations) only on the first $5,000. After that, you’ll earn the 1% cash back rate. For Costco.ca purchases, the cap is $8,000 before you return to the 1% base rate. The way you can utilize the cash back might be considered a downside, too. While some cards pay it out monthly, straight on your statement or into your savings account, the CIBC Costco Mastercard gives it to you in the form of gift certificates, issued in January, that you can redeem for anything in the Costco warehouse.

While Costco’s official credit card benefits Costco members, there might be other Mastercard products, all of which can be used at Costco, that will better meet your needs. This no-annual-fee card doesn’t match the perks of some of the cards we’ll discuss below.

Best no fee credit card for cash back

For regular, in-store Costco purchases, you’ll earn 1.5% cash back—more than you will with the CIBC Costco card. Plus, like the CIBC card, this is also a no fee card with some solid benefits, like a robust suite of insurance products and access to airport lounges. That said, this card isn’t very accessible to many Canadians (the income requirement is $80,000 annually). If income requirement is a concern, we suggest considering the Tangerine card below. 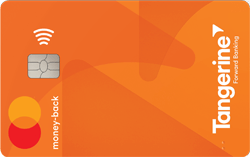 Cardholders automatically get 2% back on purchases in two spending categories, with a third category made available when they set up an automatic rewards deposit into a Tangerine Savings Account, which also doesn’t have any fees. All other spending earns 0.5%. This means 2% cash back is available on purchases in up to three of the following categories: Groceries, restaurants, gas, drug stores, recurring bill payments, entertainment, public transit and parking, furniture, home improvement, and hotel and motel stays. You’ll have to double check which category Costco purchases fall under, but at the very least, you’ll still earn 0.5% there, and a solid earn rate on your other purchases.

Get more details about the Tangerine Money-Back Credit Card*

The MBNA Rewards World Elite card offers cardholders an earn rate of 5 points per $1 spent at Costco (up to $50,000, combined with other categories). And when redeemed on travel, it works out to a very healthy 2% return. This card doesn’t come with included travel emergency medical insurance but it does have common carrier collision coverage, rental car collision damage coverage and also offers a discount at Avis and Budget car rentals.

Get more details about the MBNA Rewards World Elite*

This no-annual-fee card combines good earning potential with a flexible redemption program so you can use your Points for cash, flights, hotels and merchandise. Card holders earn 2 MBNA Points for every $1 spent on restaurants and groceries (up to $5,000 annually per category), and 1 point per $1 on everything else, including Costco, which doesn’t fall under the grocery store category. And, your points never expire. To start you off, MBNA is offering new applicants the ability to earn bonus points on eligible grocery and restaurant purchases (up to 5,000 points). And more when you sign up for paperless billing.

Get more details about the MBNA Rewards Platinum Plus Mastercard*

If you’re an Air Miles collector, there is no better card to help you collect points and get you closer to your goal. Like the BMO World Elite Mastercard above, this Air Miles branded card has a strong suite of travel protection and perks including the BMO Air Miles World Elite Travel and Medical Protection. However, for Air Miles collectors, it’s the eye-catching 1 Mile per $12 earn rate that is of interest (and three times the Miles at Air Miles partners). Also, the welcome bonus of 2,000 Air Miles is sweet, too ($310 value). If you paid for a $500 Costco purchase with this card it would put 50 Miles in your account. New applicants get up to 3,000 Miles (1,000 on first purchase and 2,000 when you spend $3,000 in the first three months) and the first year’s annual fee waived. Two more features worthy to note: Complimentary membership in Mastercard Travel Pass provided by DragonPass, and an exclusive 25% discount on one worldwide Air Miles flight redemption during the calendar year.