A look at U.S. earnings season. Rate hikes might begin next week in Canada. Emerging markets are left behind. 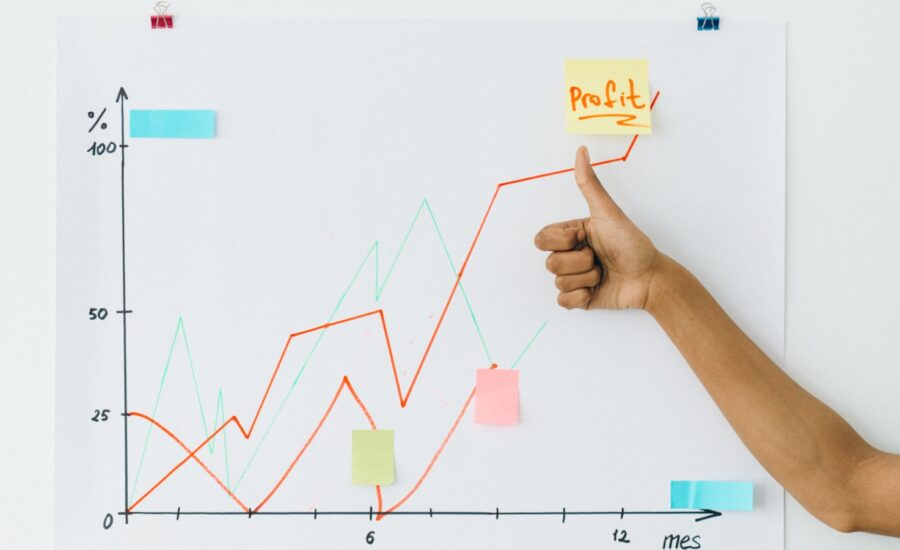 Photo by Nataliya Vaitkevich from Pexels

Earnings season is off and running. As always, the financials were battling to be the lead-off batter, as we look at the final quarter of 2021. The lineup of fourth-quarter reports includes heavyweights like Goldman Sachs (GS), Proctor & Gamble (PG), Netflix (NFLX) and United Airlines (UAL).

Since last week, the banks offered mixed results. A few banks underwhelmed the markets, while others knocked it out of the park. We had lacklustre results from major U.S. banks, including JPMorgan (JPM), Wells Fargo (WFC) and Citigroup (C).

On Tuesday, Goldman Sachs (GS) reported a fourth-quarter profit that missed expectations, sending its shares down as much as 8%. JPMorgan beat profit expectations last Friday, but it saw shares fall 6% on expense concerns.

The markets were not in a good mood coming into this past week, and these mediocre results were not enough to reverse the downward trend for U.S. stock prices. Here’s a one-month chart for the S&P 500:

Heading into earnings season, earnings revisions weren’t as strong as pre-announcement periods in 2021.

In week one of earnings season, earnings were mixed. But most companies surprised to the upside—meaning they had unexpected results. The majority of S&P 500 companies that reported earnings did exceed Wall Street estimates, with earnings that were 8.3% above expectations.

“Earnings for S&P 500 companies are expected to rise 22.4% in the fourth quarter, according to data from Refinitiv, which would wrap up a record year where overall earnings soared around 49%. Meanwhile, 26 S&P 500 firms have already reported Q4 results, with 77% of them posting bottom-line results that beat analyst expectations.”

After the close on Thursday, all eyes were on Netflix (NFLX). It did not deliver the earnings content that market watchers wanted. The company added 8.28 million net subscribers worldwide, below its own expectations for 8.5 million and the Street analysts’ assumptions for 8.32 million. The company now has 221.84 million global paid memberships, and it grew that number 8.9% year-over-year. Revenue grew by 16.1% year-over-year.

The tough critics are the markets. The stock was down by over 18% in after-hours trading.

Turning over to the much less dramatic Procter & Gamble (PG), the consumer staples company delivered quarterly revenue of $20.95B, up 6.1% year-over-year. That number beat earnings estimates. Diluted earnings per share increased 13%.

PG stated that it was able to pass along its own increased costs to consumers. The consumer staples sector is known as a very good inflation hedge.

The stock jumped over 4% after the company’s earnings release on Wednesday, Jan. 19.

The market continues to rotate away from high-growth stocks, such as Netflix, and move toward the defensive names and value stocks, like PG, which I mention above. “Boring” is in style this week.

The technology sector is now in an official bear market, down by over 12% in 2022. As I reported throughout 2021, tech stocks are and were very expensive, and they are vulnerable when we enter correction mode.

That’s a 6.5% return from the S&P 500 levels on Thursday, Jan. 20. That’s a long way from the double-digit returns that we’ve experienced over the last three years.

North of the border

Meanwhile, Canadian markets continue to be on a financial and energy-fuelled roll.

Energy producers were up almost 17% year-to-date, mid-week. Canadian banks are up over 3% year-to-date. Gold and base metals are also coming back into favour.

What would be ideal is if U.S stocks could experience a sizable correction while Canadian stocks hold up or continue to make gains. That would provide a wonderful rebalancing opportunity.

U.S. stocks, and especially large-cap tech, are still best in class longer-term. It would be more than enticing to see them at reasonable valuations.

Hey, a guy can dream…

In last week’s post, I wrote about the investment battle of 2022. It is the battle of economic and earnings growth versus the Fed, and the risk of a rising-rate environment.

Those estimates show the potential for continued and generous earnings growth. The estimates call for an average of over 8% earnings growth for 2022 and 2023. If those earnings come to fruition, will that be enough to satisfy investors?

Stocks struggled to hold on to any gains on Thursday. This comment on Seeking Alpha sums up the battle:

Canada to begin the rate hike cycle next week?

Inflation is still soaring in Canada and in the U.S. Canada’s latest inflation reading was the highest since 1991. The year-over-year inflation rate for December edged up to 4.8% from 4.7% in November.

Many bank analysts expect the rate increase cycle to begin next week. From this Yahoo! Finance post “Rate Hike In Play Next Week After Hawkish Bank of Canada Survey”:

“Markets, meanwhile, are pricing in a 75% chance Macklem will move next week; traders are betting on as many as six rate hikes over the next year. … The Bank of Canada has kept its overnight rate at the emergency level of 0.25% since March 2020, after the Covid-19 pandemic hit North America.”

We could see several rate hikes over the next two years. If you’re a borrower, you might consider clearing debts and limiting the amount of debt that you take on. Home owners might consider a fixed mortgage vs a floating rate mortgage.

Many Canadian investors might be in a solid position for a rising-rate environment, given that banks are known to perform when rates are increased. Canadians tend to have a home bias with lots of Canadian stocks, and the big banks dominate our market indices.

The financials represent over 37% of the TSX 60. And as I’ve mentioned a few times in the past, REITs can do well during periods of inflation and ensuing rising rates.

On the bond front, shorter-duration bond ETFs will be less price-sensitive to those rate increases. And if rates increase over time, those ETFs can offer a growing income stream as higher-yielding bonds are added to the fund.

With the advanced Couch Potato portfolio models, I suggested that a bond barbell would include shorter-term bonds and longer-term bonds. The longer-term bonds (Treasuries) are better at managing stock market risk—increasing in price when stocks enter correction mode. You might also consider a position in Treasury Inflation-Protected Bonds (TIPS).

The rising-rate environment is upon us.

The pandemic disparity is at work once again. That has been a common theme throughout the pandemic, and one that we have touched on many times in this column.

The pandemic has picked on the economically weak within developed nations. This tweet from Mohamed A. El-Erian, president of Queen’s College, Cambridge University, demonstrates the slow recovery for workers in developing nations. The trend holds true for lower-middle to upper-middle to high-income nations.

There may be an incredible opportunity in emerging markets (EM) as we move to the other side of the pandemic. These countries typically have much more favourable demographics compared to Europe and Japan and most of the developed world. I suggested an equal weighting between developed and emerging markets for equity investment assets outside Canada and the U.S in those advanced Couch Potato models. There is more growth potential in emerging markets.

In this column, I looked at emerging markets for the post-pandemic portfolio.

“First and foremost, EM equities tend to be a high beta play on global growth; which we expect to continue to be supported by accommodative fiscal and monetary conditions, pent-up demand and soaring household wealth (particularly in the US).

Most major EM central banks have embarked on a rate hiking cycle to tackle inflation. The good news is that inflationary pressure is likely peaking (although we expect inflation to remain elevated), and accordingly, the EM monetary tightening cycle should be in its latter stages.

China can be thought of as the ‘nucleus’ of EM, representing about one-third of the MSCI EM Index, being the dominant force in the pan-Asian supply chain, and providing a critical source of raw materials demand for commodity exporting EM nations. With Chinese monetary and fiscal policy pivoting towards a more accommodative stance (after a punitive 2021), the positive effects should resonate well beyond China’s borders.”

Emerging markets lagged developed markets in 2021. Here’s the returns for asset classes in 2021. They were down by 5.5% for the year.

To end the pandemic disparity, we need to end vaccine inequity and vaccinate the world.