Sector returns for the year and a look back at some key posts in 2022; plus, an inflation reading in Canada. 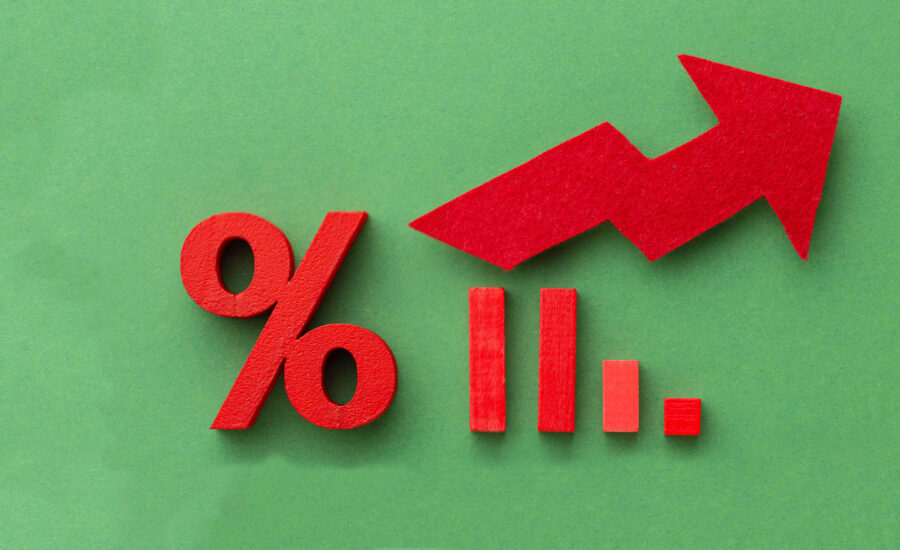 The round-up of returns for the year

Let’s start with a look at asset returns for 2022. Courtesy of our favourite economic tweeter Liz Sonders of Charles Schwab:

Stronger bounce today with mixed performance at both top and bottom; Energy outperformed all peers and retains spot as leader YTD while Utilities and Cons Staples are in 2nd and 3rd, respectively … R2000 Value is underperforming R2000 Growth MTD, a reversal from YTD trend pic.twitter.com/kdhdADLUo5

I’ve pulled out the chart for sector performance in the U.S. from that tweet.

Here are the returns of key markets from Canadian-dollar exchange-traded funds (ETFs).

Things played out according to my script and my suggestions, when I said that energy stocks led the way. Utilities, consumer staples and healthcare were the other top-performing sectors. Defensive equity assets worked in 2022, as I had suggested they would. Value also worked as real and present earnings mattered.

It’s no surprise, in an inflationary environment, commodities continued to work for Canadian investors. Invesco DB Commodity Index Tracking Fund is up 17% so far in 2022, after an increase of 42% in 2021. As you may know, commodities are a key inflation fighter, and they hold a useful place in the all-weather advanced couch potato portfolios.

Here’s a look at Canadian assets for 2022 into this week. I will use iShares ETFs for sector performance. The performance shown is after fees. All stats via the iShares site, except for the Purpose Real Asset ETF (commodities/commodities stocks). The ETF trades as PRA on the TSX.

The Canadian bond market was down 10.6%

While no one knows the future, and this is not advice, I recently wrote about what worked in 2022 and how it might continue in 2023. Although, now I’d throw bonds into the mix of assets that might do “OK” in 2023.

MoneySense, specifically this weekly column and the Retired Money column, is likely the only resource that would have made you aware of the economic concerns (inflation/recessions) and suggested you could prepare with commodities and oil and gas stocks. The defensive sector posturing also worked, as suggested.

Within the same breath, I should admit that bitcoin as an investment had a terrible year, as did cryptocurrencies in general.

Higher-risk assets were hit hard across the board in 2022. Bitcoin was a top asset in 2021 and it has moved to the bottom in 2022. I continue to hold and add.

The investment thesis has not changed. I still believe that the world could use a scarce currency that cannot be printed into oblivion.

I have long suggested that even aggressive investors keep their exposure to a very modest level, even in the 1% to 2% allocation range. I have been higher than that at times.

It was one of the most volatile years in decades.

The VIX is a volatility measure. In an email to me, the folks at S&P Global said:

“We’re asking Santa for a bit less market excitement in 2023. Using an admittedly rough metric for whether the market is in a spicy mood or not, a full 91% of trading days this year have seen VIX close north of 20. That’s the highest percentage since 2009, and the fourth-highest since the inception of the ‘Fear Gauge’.”

Bring on the boring!

Canada’s inflation—are we not going back to 2%?

The Consumer Price Index (CPI) rose 6.8% year-over-year in November, following a 6.9% increase in October. Excluding food and energy, prices rose 5.4% on a yearly basis in November, following a gain of 5.3% in October. Surging mortgage and rent costs played a lead role in propping up inflation. Had there been no change in mortgage and costs, inflation would have been 6.3%.

The contribution of rising mortgage interest costs are now adding more to the overall inflation rate than any point since 2008. In November, this item accounted for 0.45 percentage points to the headline inflation rate of 6.8 percent. pic.twitter.com/iofa4eKZ3i

Mortgage interest costs were up 14.5% annually, the largest annual jump since February of 1983. The rent index also surged 5.9% in November. Food prices increased by 11.4%.

The headlines said that it was higher than economists expected at 6.7%. That said, the reading is largely due to the previous bout of inflation that occurred from January through May. On a monthly basis StatCan said inflation increased 0.1% from October, or seasonally adjusted 0.4%.

There’s some potentially encouraging signs of progress in the #cdnecon inflation data for November. Two BoC core measures, for example, fell — together averaging 3% in November (annualized; s.a.). This is volatile, though. pic.twitter.com/n0fEXIi9Or

In a phone interview, University of Calgary economics professor Trevor Tombe suggested we are continuing with the encouraging recent downward trends. He adds that the month-over-month and three-month trends do show that inflation is declining in a meaningful way. That inflation announcement on Wednesday is not likely to sway the Bank of Canada (BoC) with respect to the rate hike cycle. Not much has changed. Tombe still thinks the BoC will raise the rate again at its next meeting.

The Bank of Canada is scheduled to deliver its next rate decision on January 25.

How sticky is the 2% inflation target?

Bank of Canada Governor Tiff Macklem says he is committed to the 2% inflation target. yahooFinance! reports:

“Macklem said the demographic forces that helped central bankers contain inflation for most of his working life are now making the job harder. Yet he insists an inflation target designed for a different time remains the right approach.”

One could argue that the Bank of Canada currently has little credibility as it missed the boat on inflation and told Canadians not to worry about borrowing and rising rates. BoC may create more positive sentiment if they embrace flexibility over hitting some arbitrary inflation rate.

Wink, wink! Macklem is leaving the door open to some wiggle room. He says:

“Yes, there are some big forces that are going to be affecting our economy, other economies, in the years ahead and we’ll have to factor those in and adjust to them.”

There is a very good paper from Seaford Macro called “The New Global Inflation Regime”—which outlines why a 2% inflation target was built for different times:

“In short, weak workers made for weak inflation. Due to changing demographic and migration patterns, the growth in the world’s labour supply has apparently peaked. That, in turn, has raised the bargaining power of workers.”

We have inflationary wage pressures and ongoing elevated prices for energy and commodities.

It may be very difficult for the Bank of Canada to bring inflation back down to the 2% target. This may be one of the stories to watch in 2023.

In last week’s column, I wrote that reduced earnings are not priced into the market. Earnings typically go down about 20% in a recession.

This article from yahooFinance! talks about the monthly change in earnings estimates for sectors next year. Energy leads the way again. Utilities is the only other sector that is attracting more favourable earnings estimates.

“Energy has also been the largest contributor to earnings growth for the S&P 500 this year. Excluding energy’s 5.1% earnings growth, the index would be set to report an earnings decline of -1.8%.”

If inflation continues to behave, bad news might stop being interpreted as good news. Hints of a softer economy have often been cheered for in 2022. The markets may now turn their attention to the damage done by rising rates. I really like this post on Seeking Alpha: bad news will be bad news:

“I expect profit margins to decline materially in the first half of 2023 because I think consumer demand won’t hold up as it did before. As bad news hits the market, I believe it’s highly probable that the market of the future also discounts it negatively. That’s because the Federal Reserve is unlikely to change its restrictive monetary policy throughout the first half of 2023 unless something material breaks the markets.”

The investment stories of the year

Before I look at the most attention-grabbing “Making sense of the markets this week” headlines and stories of 2022, let’s look back on my thoughts from late 2021.

In addition to looking back, my column also looked forward to how 2022 might shape up. I wrote about inflation risks (and how to fight it). My guess was that the Omicron variant would allow us to quickly get to the other side of the pandemic. I was right. Thanks to this book (reviewed), I was never surprised as to how the pandemic panned out. It ends with a common cold.

In the fall of 2021, I suggested that stock markets might not like what they see when we get to the other side of the pandemic. That came to fruition.

I wrote that we could still have a solid year in 2022. The consumer was ready for some revenge spending after COVID lockdowns. The spending was robust. Too much perhaps, as inflation was unleashed.

Key “Making sense of the markets this week” from 2022

I also wrote that the investment year might be prosperous if there were no black swan event. Here are 10 key points from this column this year.

The war in Ukraine and the inflation fight were the big stories of 2022. It appears that the damage caused by the fastest rising-rate environment in history will dominate the headlines in 2023.

Hopefully, we get a break from those black swan events.