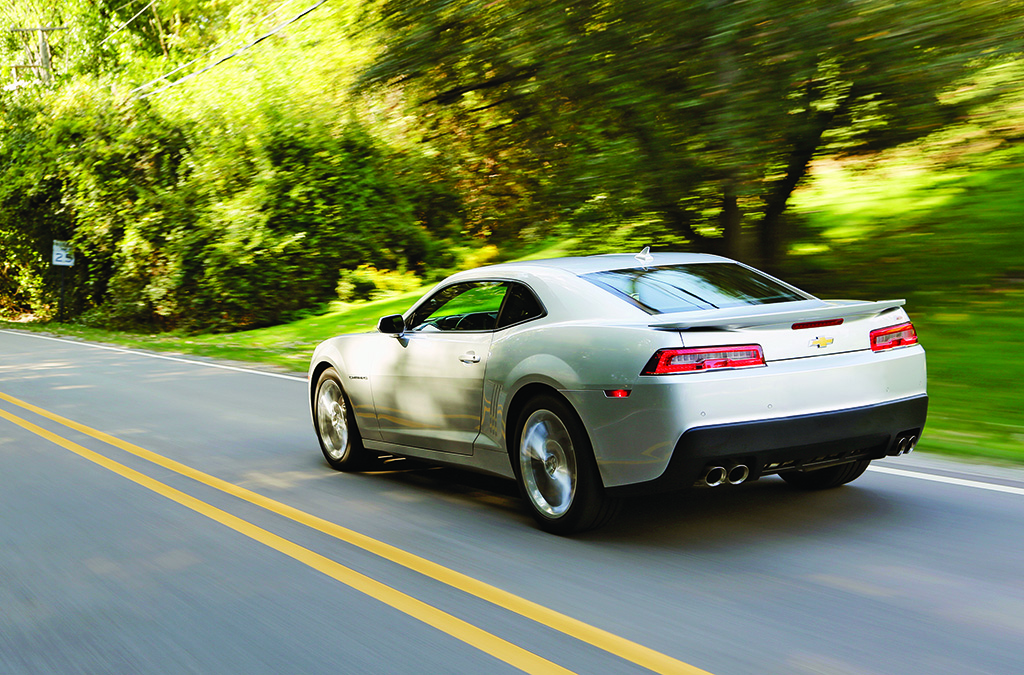 In this age of hybrid, electric and even hydrogen-powered cars, there is something still very anti-establishment about buying a car with more get up and go than most full-size trucks or SUVs. For buyers of these muscular machines, value often takes a back seat to the excitement you get when you slip into the driver’s seat. But that doesn’t mean you have to throw caution to the wind when you put your money down on a so-called “Pony car,” so we tasked our expert panel with rating five of the fastest daily drivers to find which will steer you clear of buyer’s remorse.

Built in Oshawa, Ont. (for the time being at least), this nostalgic throwback to the golden era of muscle cars is our top pick for its combination of high revving fun and good value. A wide array of engine and optional trim choices offer up a car to suit almost any style or budget. “In my opinion it’s the best of the Pony cars,” says Russ Bond of MotoringTV on TSN. “You can go from mild to wild in terms of performance and do so on a budget.” Ron Corbett of the Automobile Protection Association says both the standard V6 engine and the more powerful V8 are solid choices. For real racing enthusiasts, there is also a track-ready version bearing the famed Z/28 badge that comes in at a whopping $78,000 without air conditioning and only a one-speaker stereo.

This retro-inspired rocket comes in a variety of price points and engine choices. The least expensive models are equipped with Chrysler’s ubiquitous Pentastar V6, while the top-of-the-line SRT Hellcat model produces an incredible 707 horsepower, making it the most powerful muscle car ever. If you can afford it, Bond says the Hellcat is the only model to own and Dimopoulos reports that it is “surprisingly drivable in normal everyday conditions.” The Challenger got a major makeover for 2015 and it’s the only one that can fit five people.

The German thoroughbred is modestly priced for a luxury brand, but doesn’t cut corners. Though a bit smaller than the 4 Series, Corbett says the 2 Series is powered by the same four- or six-cylinder turbo engines. Dimopoulos praises the car’s “connected, athletic and precise driving dynamics” while noting that the all-wheel-drive option makes it easy to live with through all four seasons. The styling is typically BMW, which purists enjoy but others might find dated. “It’s got the personality of a pet rock,” bemoans Rolczewski.

Most people don’t think of Korean-made vehicles when they start shopping for a muscle car, but Hyundai’s Genesis Coupe squeezed onto our list because of its bargain-priced brawn. There’s no V8 model but the V6 provides plenty of power, the list of standard features is long and the warranty is among the best in the business with five years of bumper-to-bumper protection. It’s a great handling car, says auto journalist Tim Dimopoulos—but racing enthusiast Nika Rolczewski says it doesn’t leave her “teary eyed when it leaves my driveway.”

One of the most iconic sports cars of all time thanks, in part, to its co-starring role with Steve McQueen in the 1968 crime film, Bullitt. Standard six- or eight-cylinder engine is available, but Ford breaks from the pack with a fuel-efficient four-cylinder EcoBoost engine that pushes more than 300 horsepower. “Who needs a V-8 when you have a turbocharged EcoBoost engine?” asks Petrina Gentile, Canada AM’s Car Contributor. Just don’t try to squeeze any adults above Hobbit size into the rear seats when you go cruising.